Collaborating Artists in Brussels in the late 1600s

The picture below is certainly in the style of Adrien Franz Boudewyns and Peter Bout but it is not possible to say that it is definitely by these artists.  Their paintings were popular and presumably sold well during their life times.  As a result in the following years it is quite likely that other artists copied this style producing a wide range of pictures that were all uniquely different but similar in that they followed the same common theme.  The example below was bought at auction described as 'Circle of Balthazar Nebot (British, 1730-1765)'.  It may well be that it is by artists associated with Balthazar Nebot but a search on the internet of images of paintings by him quickly show that this is unlikely.  The painting itself was in very poor condition and no longer had its original frame.  Dating it is difficult but it is unlikely to date to before 1719 and is more likely to be somewhere in the period 1720 to 1750.  The canvas has been relined onto new canvas probably in the early 1900s.  It has been roughly handled somewhere over the years and had two holes right through the canvas.  Restoration in 2012 by Paul Congdon-Clelford has revealed more of the original colour and patching of the holes and a new frame have helped to complete the transformation.  The picture is once more a piece of art that looks good hanging on a wall. 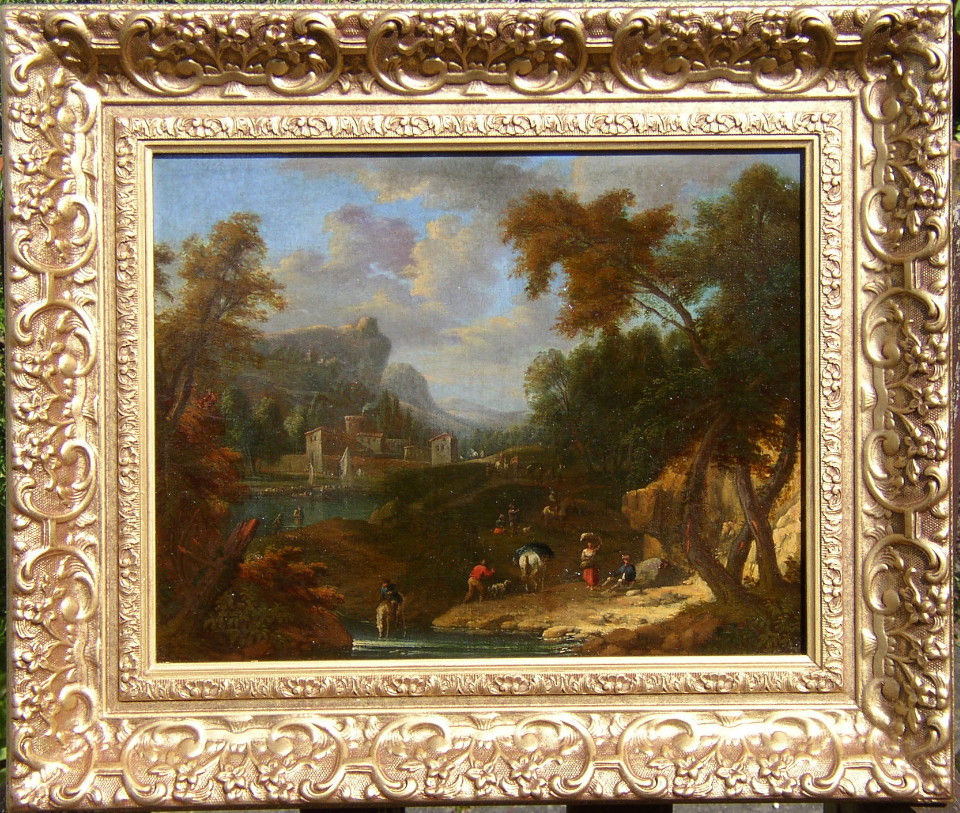 The picture above is for sale UK pounds 3,500.  Any prospective buyer please contact me on This email address is being protected from spambots. You need JavaScript enabled to view it.