Of the East India Company 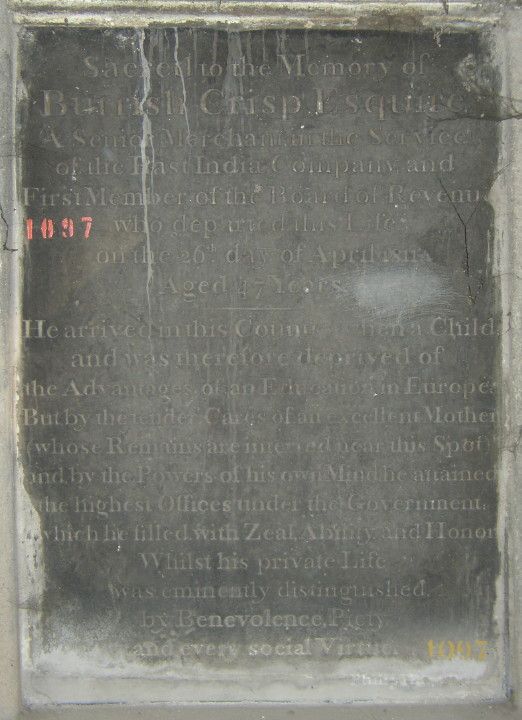 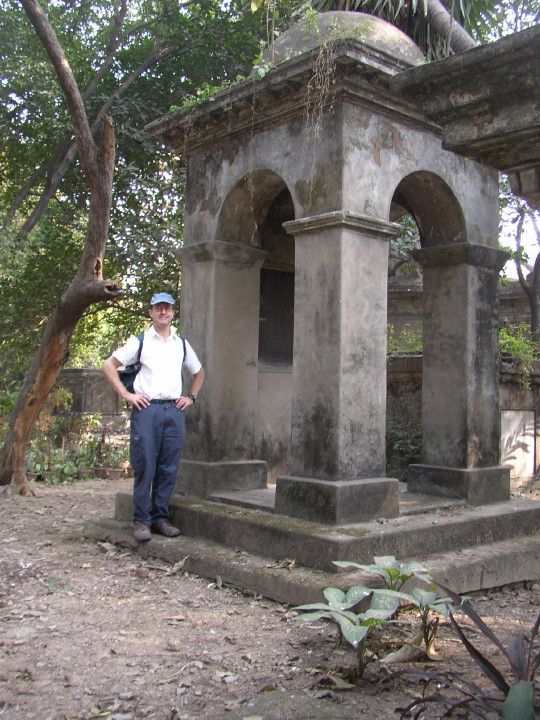 We know of Burrish from the following sources:
1. An excellent book 'The Ordeal of Elizabeth Marsh' by Prof Linda Colley, 2007.
2. Entries copied from the Bible of Rev George Augustus Eliott Marsh.
3. Family letters from the Betty Harrison archive.
4. His grave in the old English Cemetry, Park Street, Kolkata.

Burrish had a rather haphazard upbringing and settled in India.  He became a merchant and minor judicial official in Dhaka.  He appears to have had good linguistic skills and was a founding member of the Asiatic Society, the leading European intellectual club in Calcutta.

The inscription on his tomb in Calcutta  reads as follows:
Sacred to the Memory of Burrish Crisp Esquire.  A Senior Marchant in the Service of the East India Company and First Member of the Board of Revenue who departed this life on the 26th day of April 1811, Aged 47 Years.  He arrived in this Country when a Child and was therefore deprived of the Advantages of an Education in Europe.  But by the tender Cares of an excellent Mother (whose remains are interred near this spot) and by the Powers of his own Mind he attained the highest Offices under the Government, which he filled with Zeal, Ability and Honour.  Whilst his private Life was eminently distinguished by Benevolence, Piety and very social Virtue.

If you have more information please do contact me.