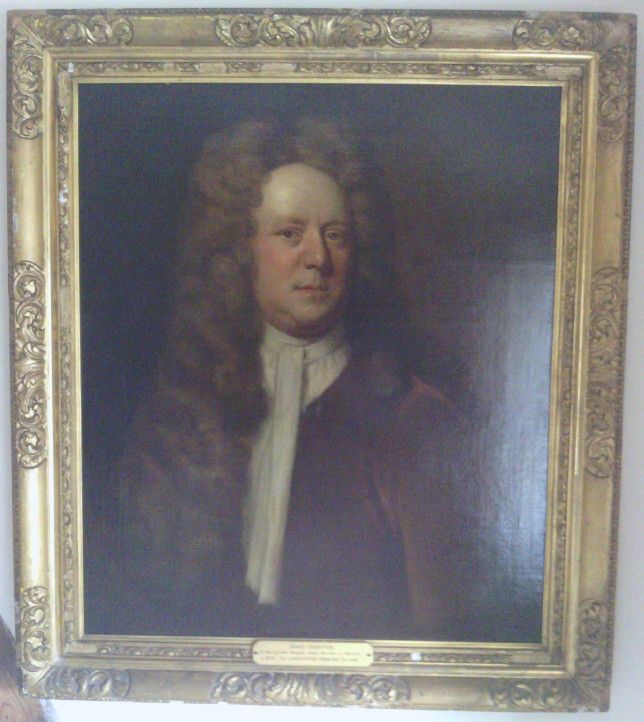 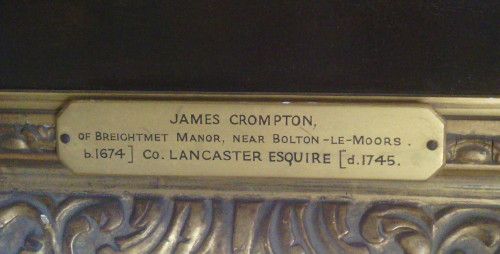 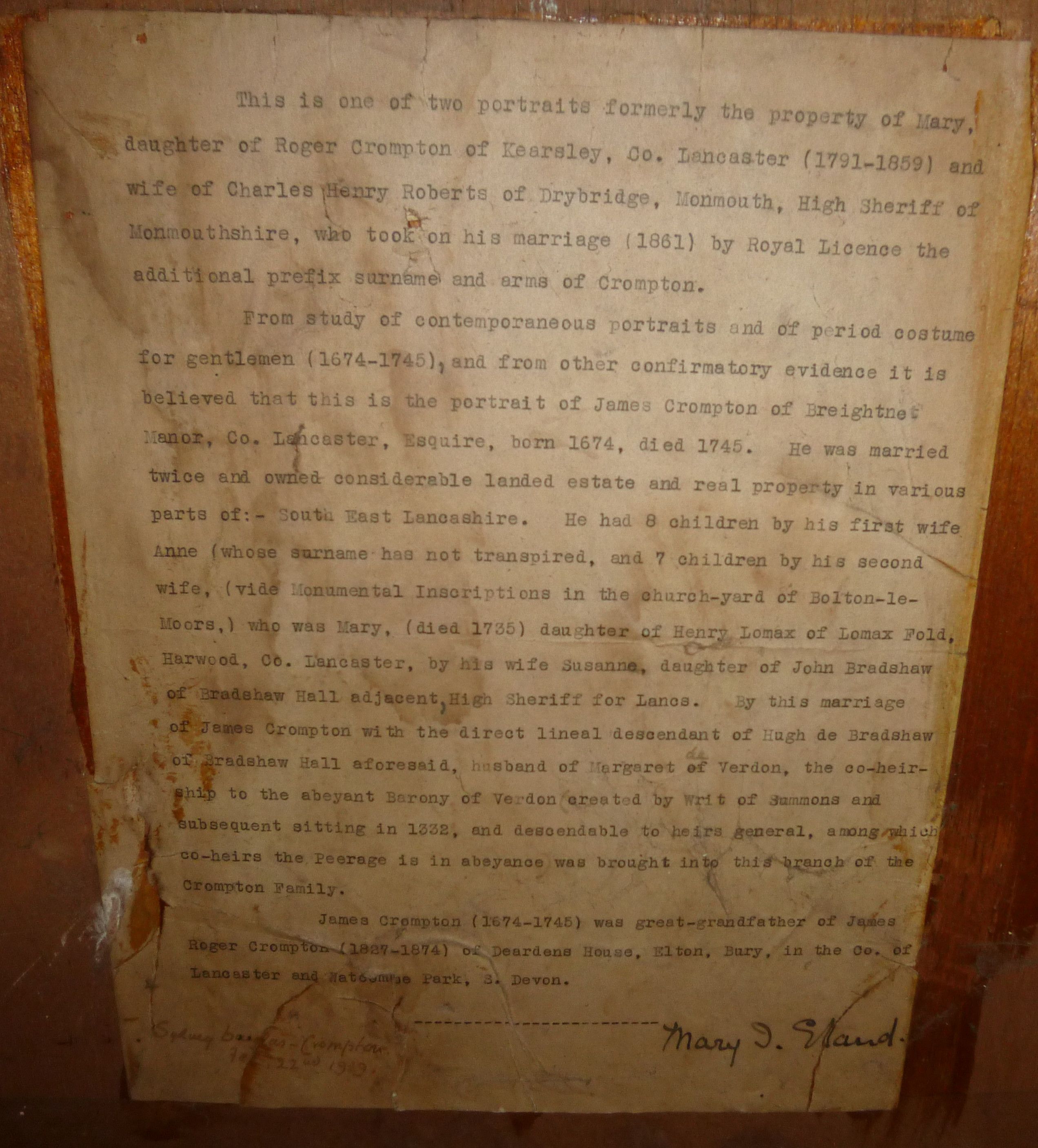 Note on back of portrait of James Crompton

I am not sure if this James Crompton is the son of John Crompton (1639-1703).  He may instead be a distant cousin from a branch of the family that continued to live in Breightmet, Bolton.

A note in the book 'A History of the County of Lancaster' reads as follows:

The building known as the Old Manor Housestands at the junction of Meadow Lane with Breightmet Fold Lane, a short distance north of the mainroad from Bolton to Bury, with its principal front facing south. The building is now divided into several tenements, and has been rebuilt at the east end in brick; but the older part, now in a rather dilapidated condition, is of stone, with long, low mullioned windows and stone-slated roofs. Part of the building is of three stories, with an abutting lower wing on the west side having a gabled bay window in the principal front. At the back some original timber-framing remains, but the building has suffered so much from decay and has been so muchpatched with brickwork that it has lost most of its interest. The interior is said to have retained a shield with the date 1516 and some initials until 1908, but this has disappeared. (fn. 21a)  The building, however, has the appearance of belonging to the 17th century, though the earlier date may be that of a timber house to which a stone front was afterwards added. Some rebuilding was done in the 18th century, a stone on the north side high up in the wall bearing the inscription, 'James Crompton, Ann Crompton, the 9th of May, 1713.'

I have also come across a short reference to a later James Crompton, owner of Breightmet Fold bleaching croft in 1779.