Charles Watson was the son of Dr John Watson (died 1724) and Eleanor Parker.  He joined the Royal Navy as a volunteer on HMS Romney in 1728 when he would have been 14 years old.  He was promoted to Lieutenant in 1734.  His uncle Sir Charles Wager was First Lord of the Admiralty from 1733 to 1742 and no doubt was able to help the career of his young nephew.

In 1738 Charles was promoted to Captain and given command of HMS Garland.  He served as Governor of Newfoundland for a short while in 1748.  In 1754 he sailed to India and one of the crew was the young Arthur Cuthbert who would have been about 20 years old at the time.

In 1756 Fort William in Calcutta fell to the Nawab Siraj-ud-Daula and the infamous incident 'the black hole of Calcutta' was to take place.  In response, Robert Clive of the East India Company, supported by Admiral Watson, retook Calcutta and lead a successful fight against the Nawab at the battle of Plassey.  This was to lead to English supremacy of Bengal and eventually of the whole of India.

Charles died on 16 August 1757 while still in India and was succeeded in command by Sir George Pocock (1706-1792).  Charles was buried in Calcutta and there is a memorial to him in Westminster Abbey.

Return to notes on Arthur Cuthbert. 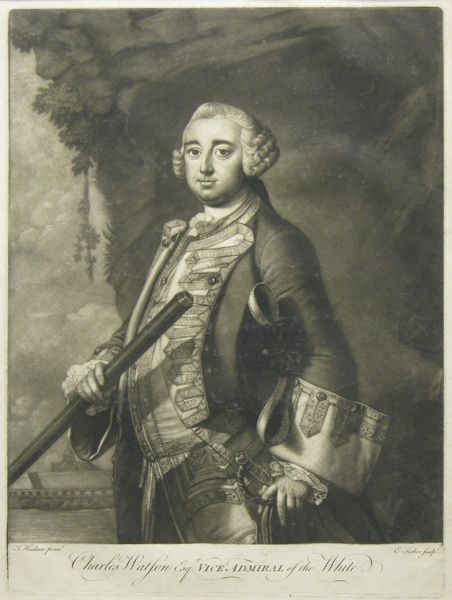 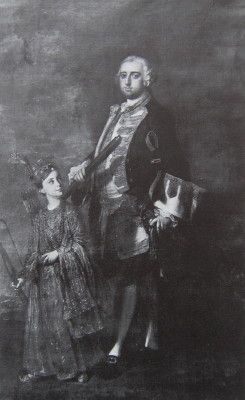 Admiral Charles Watson and his son