In the Portsmouth Record Office there is a document PCRO X/11A/P/4/5 which is the Carter Pedigrees by AT Everitt. The Cuthbert pages are at p33 and 34 and give the full overview of the family of 'Cuthbert of West Herrington & Portsmouth'.  This covers the family of John Cuthbert of West Herrington , Sunderland, which is to the south of Newcastle Upon Tyne.

The family tree below has some errors.  John and Dorothy Cuthbert possibly had a fourth Child Margaret who married James Nelson, Sugar Baker.  She is mentioned in the will of her brother William who records her as a sister but of course she could have been a sister in law.  John Cuthbert's father is noted as William and his grandfather as Robert but this might not be correct. 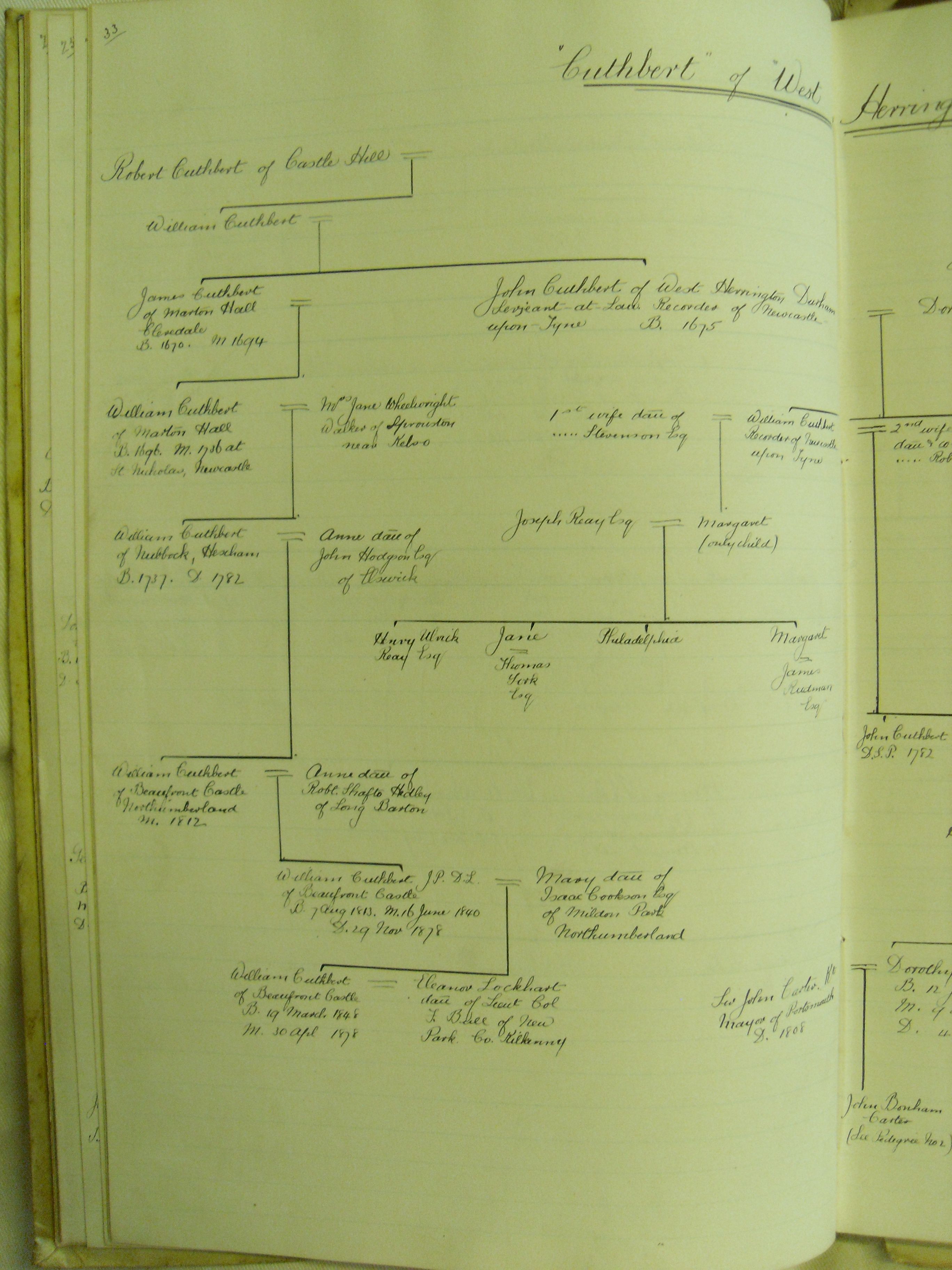 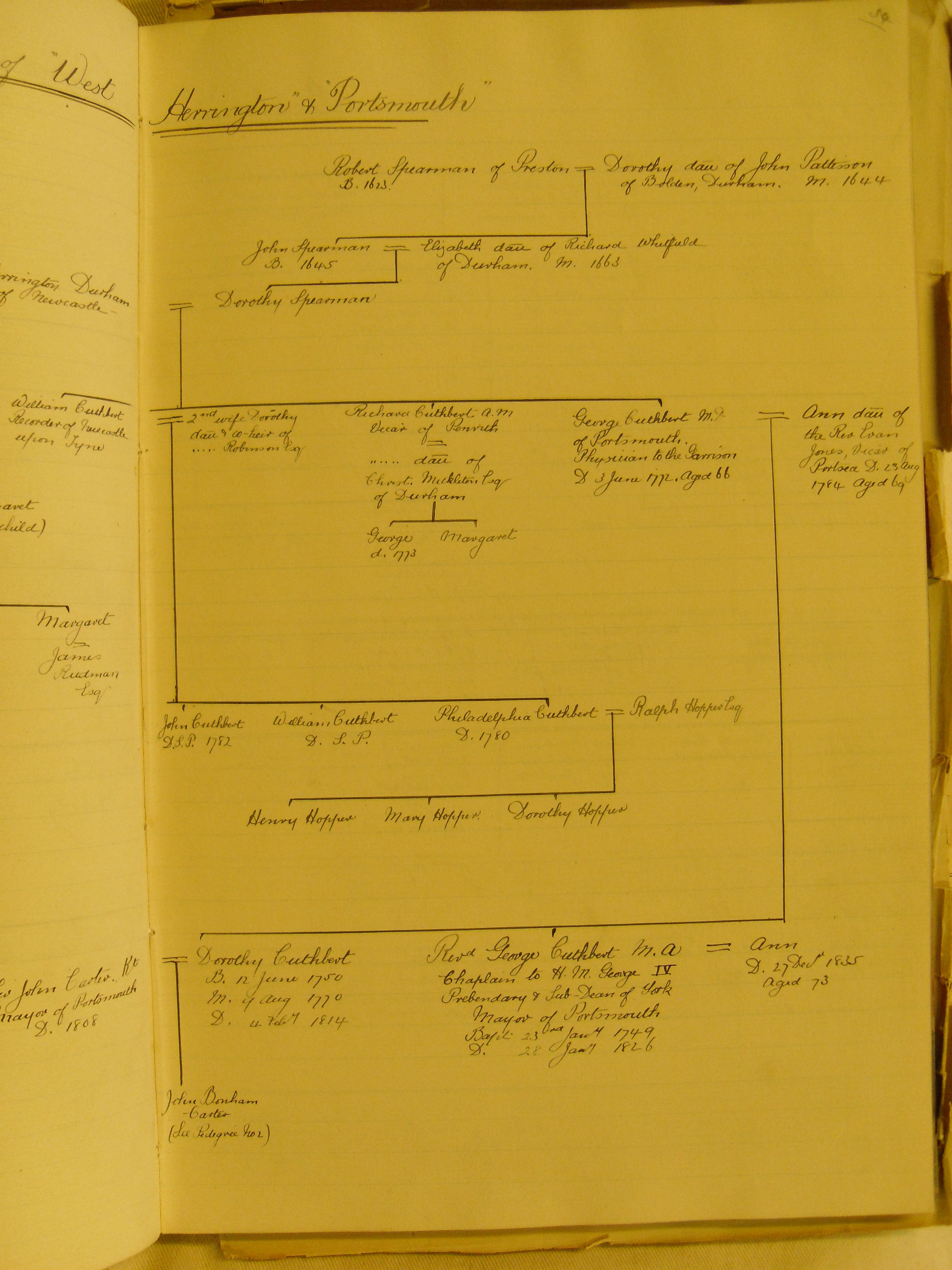