Recorder of Newcastle upon Tyne 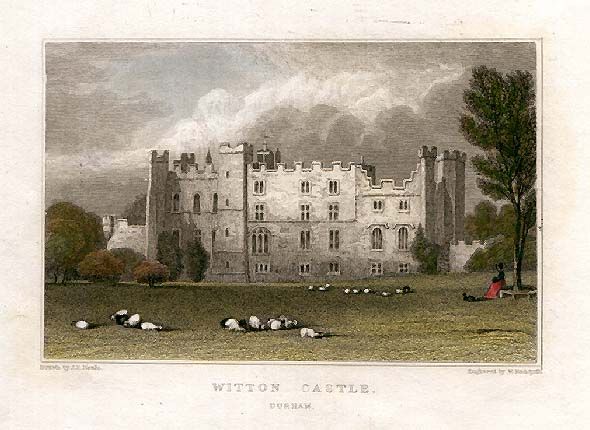 Born: 1691? and died 28 August 1746 aged 55. He has a memorial in St Nicholas Church, Newcastle Upon Tyne.
Great Grandson of: possibly of Robert Cuthbert of Castle Hill (Castlehill, Inverness, Scotland).
He would therefore be distantly related to John Cuthbert of Castlehill.
Son of: John Cuthbert (1675?-1724) and Dorothy Cuthbert nee Spearman (1670-1754?).
Brother of:
1. Richard Cuthbert AM (1696?-1744), Vicar of Penvith (Penwith, Kendal). He married Dorothy (or Margaret?) (1715?-1767?) the daughter of Christopher Mickleton of Durham.
2. George Cuthbert MD (1706?-1772) of Portsmouth, Physician to the Garrison, died 3 June 1772 aged 66. Married Ann Jones.
3. Possibly Margaret Cuthbert who married James Nelson of London.
4. Possibly others?
William married:
1st Jane Stephenson daughter of John Stephenson.
2nd Dorothy Robinson.
William and Jane had issue:
1. Margaret who married Joseph Raey.
William and Dorothy had issue:
2. John Cuthbert (1731?-1782) who does not appear to have married.
3. William Cuthbert who does not appear to have married.
4. Philadelphia Hopper nee Cuthbert who married Ralph Hopper.

Did William have any relations by the name of Hopkins?
Did William's family have any connection with the parents or grandparents of Arthur Cuthbert (1734?-1788)?

We know about William Cuthbert from the following sources:
1. In the Portsmouth Record Office there is a document PCRO X/11A/P/4/5 which is the Carter Pedigrees by AT Everitt. The Cuthbert pages are at p33 and 34 and give the full overview of the family of 'Cuthbert of West Herrington & Portsmouth'.
2. There is a memorial to William Cuthbert and some of his relatives inside St Nicholas Church, Newcastle upon Tyne (see below).
3. His will in the National Record Office.

If anyone can supply a biography please do contact me.

Notes at this stage are as follows:

In 1743 Witton Castle was bought by William Cuthbert. After he died it was passed to his son John Cuthbert.

William's will is at the National Record Office at Kew and is very detailed and mentions a number of his relations. William's first wife was Jane, daughter of John and Margaret Stephenson. William and Jane had a daughter Margaret. Jane then died and William married Dorothy and then had three children, two sons, William and John, and a daughter Philidelphia. William also mentions his brother Rev Richard Cuthbert of Kendall, Westmoreland and his wife Dorothy Cuthbert who he notes as a 'sister in law'. His other brother George Cuthbert, Physician of Portsmouth. His 'sister' Margaret who married James Nelson of London. The executors were Henry Davy, Thomas Chisnell, Thomas Kidd and Ralp Hodgson. William's will was written in 1746, just before his death. It was proved in 1747.

Regarding William's son John Cuthbert (1731?-1782) of Witton Castle.
This John Cuthbert inherited Witton Castle from his father John. William was a Member of the Royal Society Club and of the Society of Arts. Fellow of the Royal Society (1765). A governor of the Inner Temple and of Magdalen Hospital, a London institution for the relief of penitent prostitutes. After John died Witton Castle was then passed to his nephew Thomas Hendry Hopper (son of Philidelphia Hopper nee Cuthbert).

I am told that in the book Conyers Surtees 'History of the Parish of Witton le Wear' it is noted that Thomas Hopper, the last of the family to own Witton Castle, died on the 30th of October 1812 as a result of falling down the stairs of the castle.

Witton Castle is located between Witton Le Wear and Bishop Auckland, which is halfway between Darlington and Durham. This is about 20 miles away from Herrington.

The family are buried in St Nicholas Church, Newcastle Upon Tyne. Adjoining, in the west wall of the porch, is a mural monument, with the followinginscription:
'In the Body of This Church, are Interr'd the Remains of John Cuthbert Esq. Serjeant at Law, and Recorder of This Town; who died the 5th of April 1724.
In the adjoining Vault aredeposited the Remains of his eldest Son, William Cuthbert Esq. Barrister at Law, and Recorder of This Town: which Office he fill'd seven Years, and died the 28th of August, 1746, aged 55.
In the same Vault, are also laid the Remains of John Cuthbert, of Witton-Castle in the Countyof Durham Esq. eldest Son of the said William Cuthbert; who from the purest principle of filial Piety, gave orders in his Will for the erection of this Monument: He died at York, the 15th ofDecember, 1782 Aged 51 Years.'
From: 'St Nicholas' church: Monumental inscriptions', Historical Account of Newcastle-upon-Tyne: Including the Borough of Gateshead (1827). 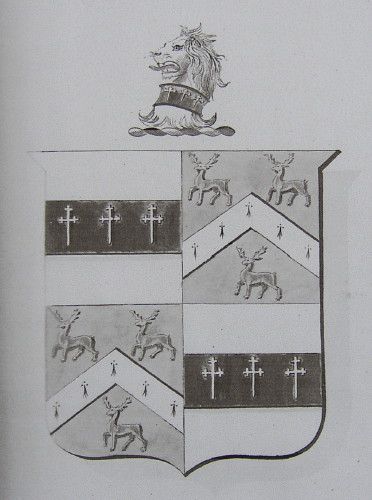