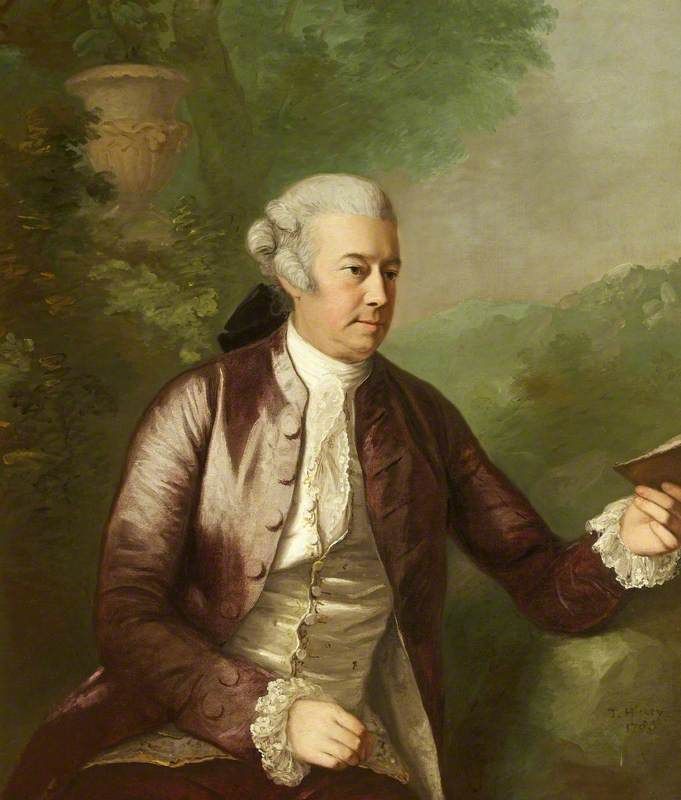 Portrait of Gerard DeVisme by the artist Thomas Hickey 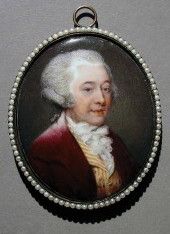 Miniature portrait of Gerard DeVisme by the artist Henry Spicer

We know about very little about Gerard DeVisme except for the following.  Much of this I have picked up from various websites.

Gerard's family were presumably Huguenot who had fled to England from France in the late 1500s or the 1600s.

He seems to have gone to Lisbon in Portugal around 1746 and then lived much of his life there.  He then returned to the England around 1794 and spent his later years living at Wimbledon near London.

His estate in Portugal was Quinta at Benfica, near Lisbon and later Monserrate near Sintra.

A prominent member of the British Factory in Lisbon, he made a vast fortune, possibly relating to diamonds commerce with Brazil.  He was possibly the Administrator of the Crown jewels and diamond mines of Brazil.  He also possibly imported redwood and presumably had many other business interests.  He seems to have been involved in the building of the British Hospital in Lisbon.  He was also involved in a bank Purry Mellish & De Vismes.  He is mentioned in the book 'They Went to Portugal' by Rose Macaulay.

In 1790, Gerard moved onto the Monserrate estate, near Sintra.  It would appear that he was not able to buy the property at Monserrate due to laws forbidding ownership of property by foreigners in Portugal at the time. Years later Francis Cook, another Englishman, stumbled upon the ruins of DeVisme's Palace and was able to purchase it. Francis Cook became the first Visconde of Monserrate.

One rumor about DeVisme's daughter is that she was the reason he abandoned Monserrate. He apparently spent much time isolated there and the speculation is that he carried on some kind of improper relationship (with a servant or another member of society). His permanent abandonment of Monserrate coincides with his reappearance in London with an unexplained daughter.

From about 1794 he lived at Wimbledon Lodge near London.

In London Gerard appears to have been a partner in the banking firm of De Visme, Cuthbert, Marsh, Creed and Co, which is recorded in the London Directory of 1797.   This bank later became known as Marsh & Co but went bankrupt in 1824 after a fraud supposedly carried out by the junior partner Henry Fauntleroy.  One of the creditors afterwards was De Visme & Co £754.

Gerard is buried in the churchyard of St Mary's in Wimbledon.  He is noted as dying in 1797 having been resident at Wimbledon Lodge, Southside.

A large portrait of Gerard, by Thomas Hickey, is in the National Trust collection at Tyntesfield, near Bristol.  A second copy of this portrait, presumably also painted by Thomas Hickey, came up for Auction 14 March 2012 in Australia (Mossgreen, Lot 49).

There is also a small miniature portrait of him painted in 1794 by Henry Spicer (English, 1743-1804) where Gerard is noted as being 67 years old.  This miniature is now in the Carnegie Museum of Art in America.

Gerard's brother Lewis De Visme was the Secretary of the Embassy in Spain in 1765, Russia, in Turin. He was Envoy Extraordinary and Minister Plenipotentiary at the court of Sweden, Russia and Bavaria. He never married.

There is also a Lieutenant-Colonel Gerard De Visme commanding Hon. Artillery-Company 1811 (item noted in the British Library).  Was he related?

There is a portrait titled The Woodland Maid. Painted by T. Lawrence R.A. Painter to his Majesty. Engraved by W. Bond.  Published Feby. 6th. 1794. W. Bond No. 98. Charlotte Street Rathbone Place.  Assumed to be a portrait of Miss Emily de Visme (Murray) d.1883, daughter of Gerald de Visme. She married General Sir Henry Murray, son of the 2nd Earl of Mansfield. Here as a young girl, in a dress and matching bonnet, on a rock amongst woods and foliage. Murray is here used to illustrate the poem 'The Seasons' by James Thomson (1700 - 1748).

At the Museum des Arts Decoratifs in Paris, there are some paintings showing some views of Gerard DeVisme's Gardens in Lisbon. 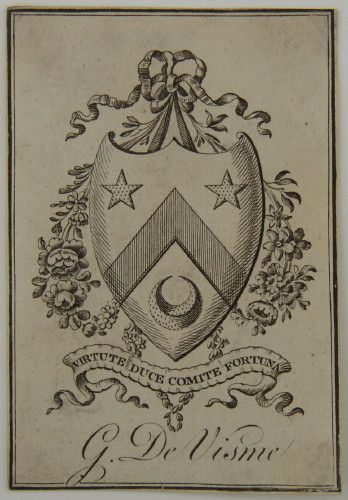 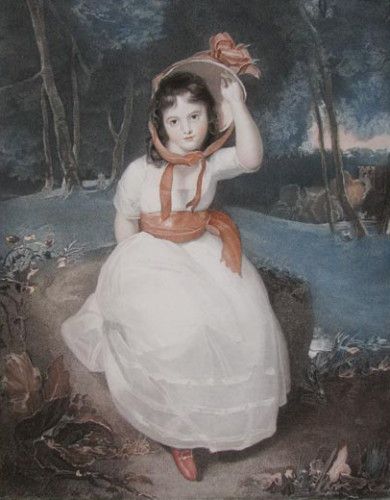 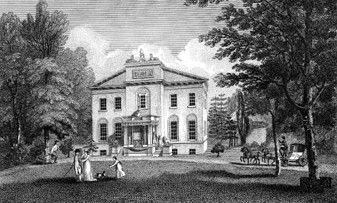 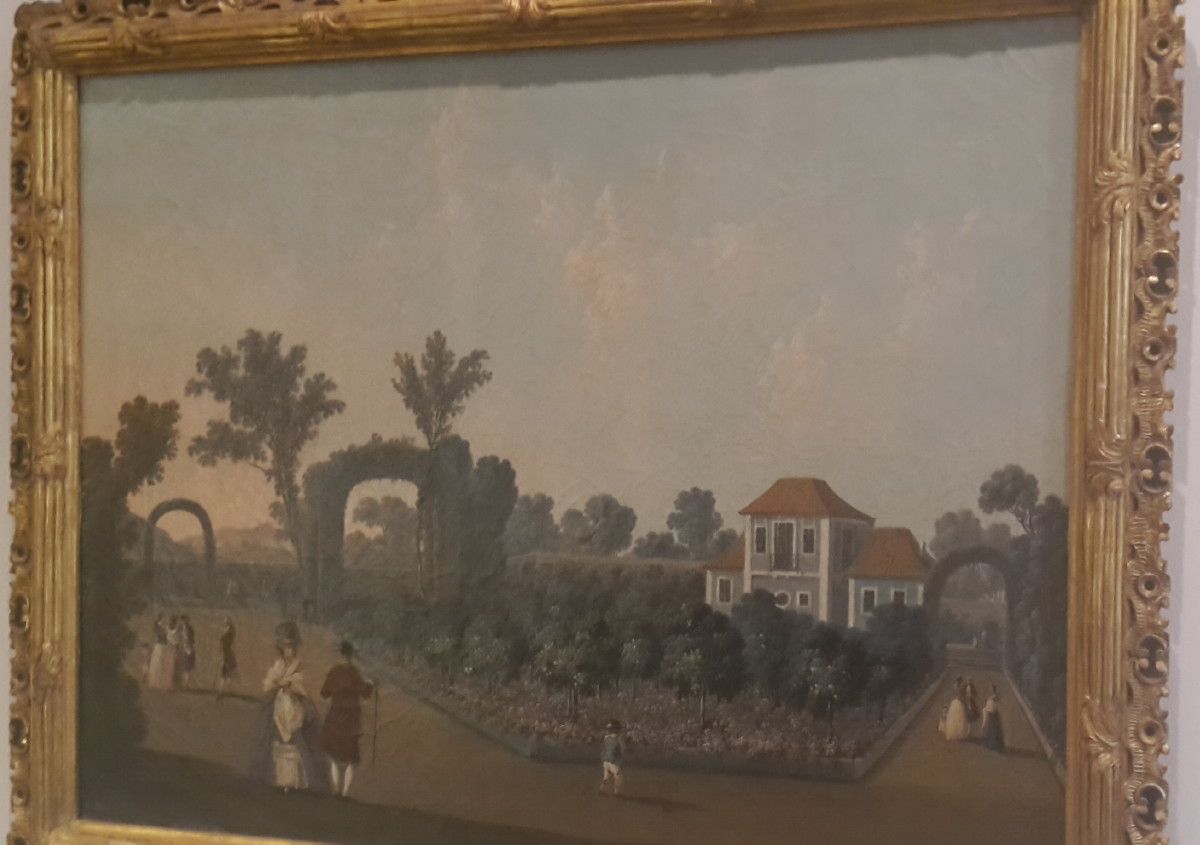 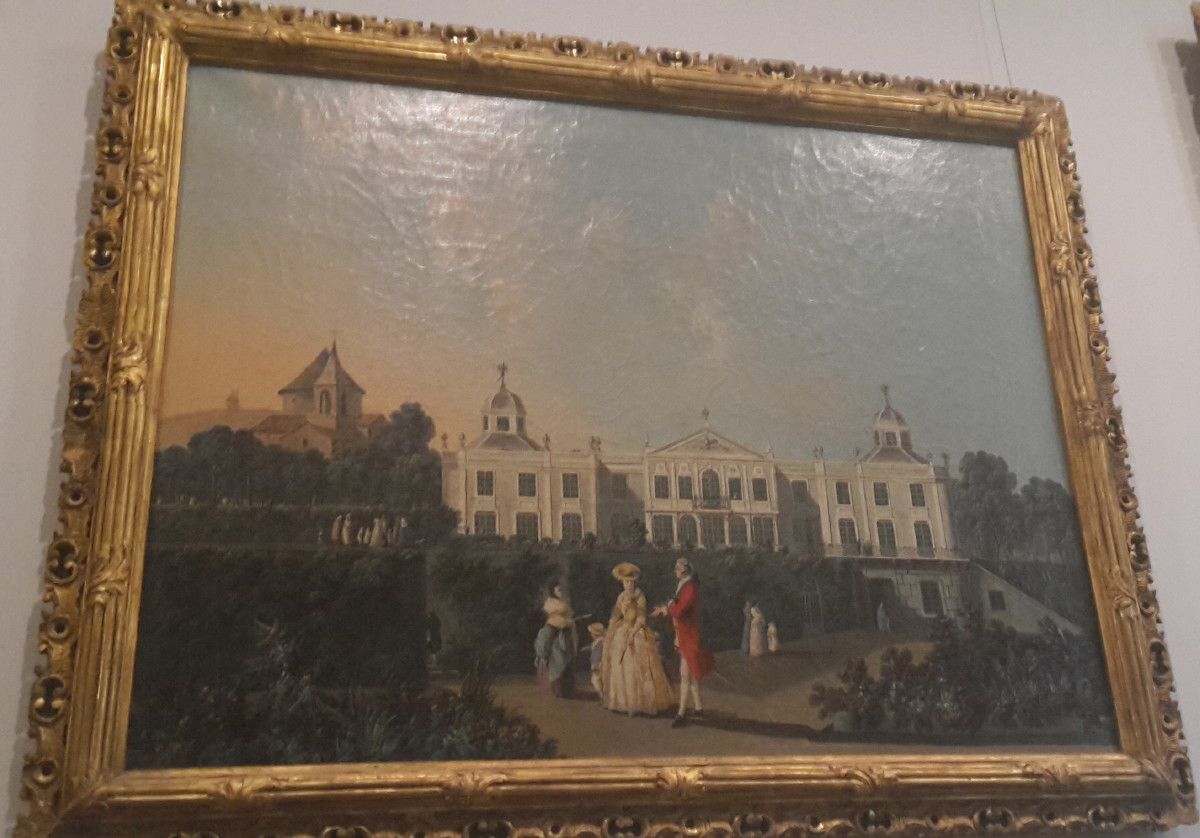 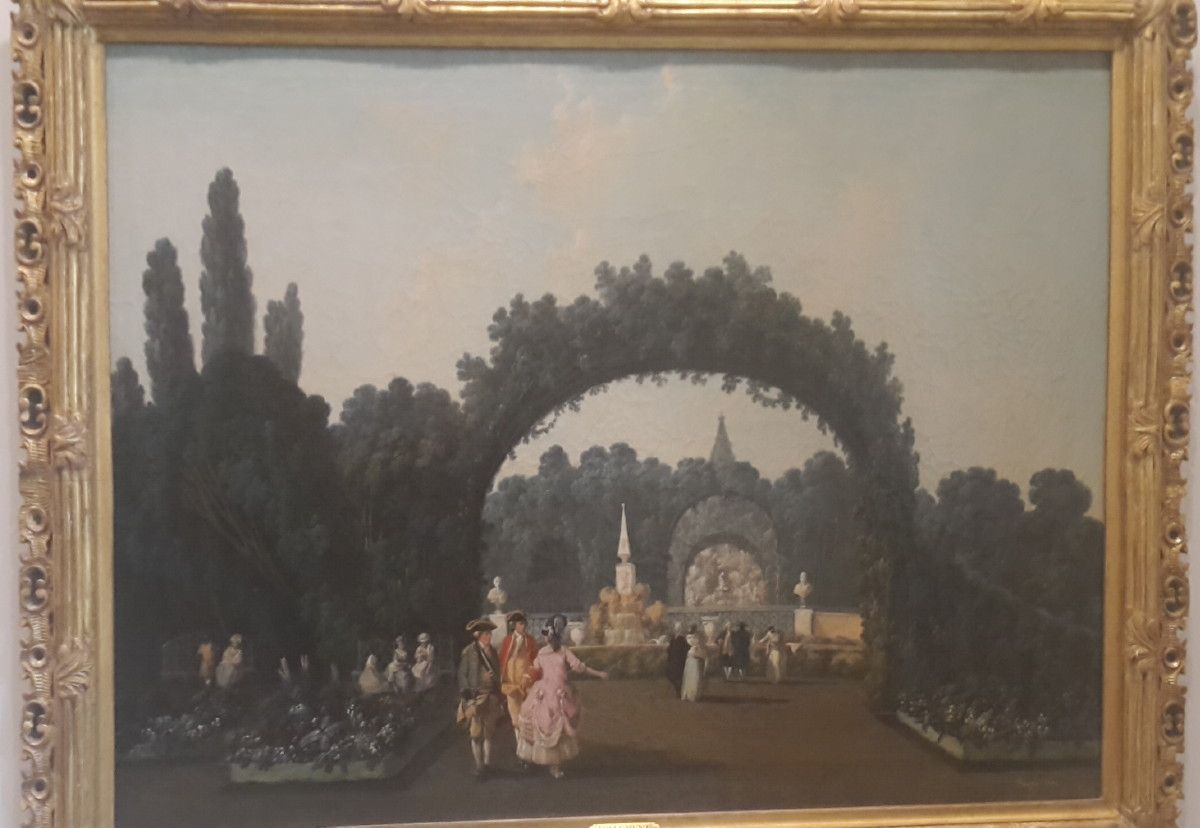 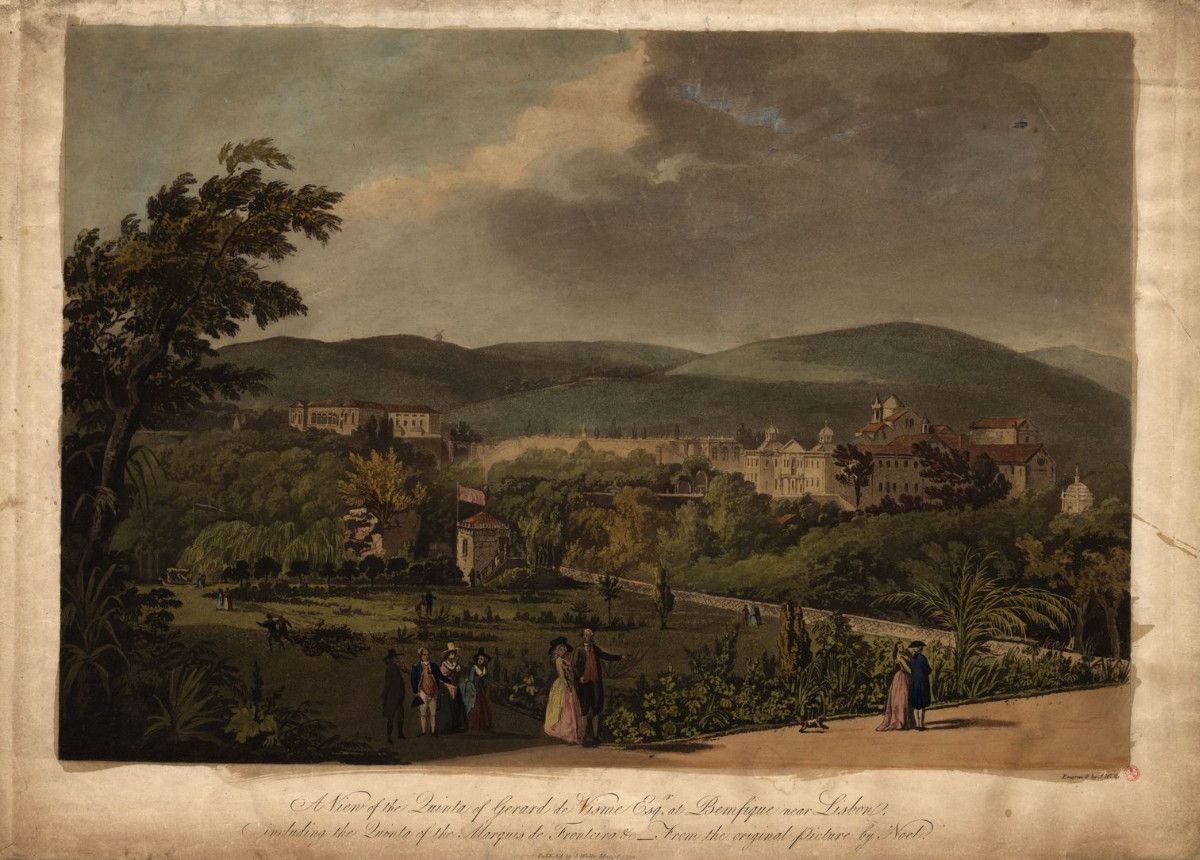