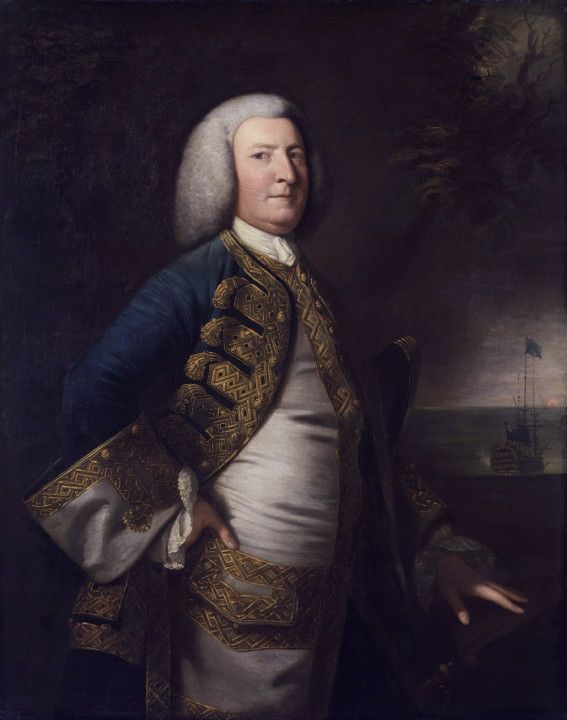 George Marsh in his diary (page 22) makes a brief mention of George Anson in relation to Elizabeth Marsh.  Elizabeth was George Marsh's niece who was captured by Barbary pirates off the coast of Morocco in 1756.  George Marsh notes that his brother Milbourne Marsh sent an express from Gibraltar to Lord Anson, then First Lord of the Admiralty, and an express was then immediately sent out to Gibraltar to Sir Edward Hawke, then Commander in Chief there, to demand the return of Elizabeth and the other prisoners.

Admiral of the Fleet George Anson was a British admiral and a wealthy aristocrat, noted for his circumnavigation of the globe and his role overseeing the Royal Navy during the Seven Years' War.  He had entered the navy in 1712 and had advanced rapidly partly due to having the right connections but probably mainly due to merit.  During his naval career he fought in lots of sea battles and made a name for himself.  In 1739 he set off on a voyage to around the world, harassing Spanish ships as he went.  Before returning home in 1744 he had managed to capture an enemy ship full of gold.  This made him very wealthy and he was able to rebuild Shugborough Hall, the family estate.

Anson became the Member of Parliament for Hedon in Yorkshire from 1744 to 1747. He took command of the Channel Fleet in 1746 and the following year he commanded the fleet that defeated the French Admiral de la Jonquiere at the First Battle of Cape Finisterre.  He was then promoted to Vice Admiral and elevated to the peerage as Lord Anson, Baron of Soberton, in the County of Southampton.

Anson had also joined the Admiralty Board in December 1744 working for the First Lord of the Admiralty John Russell, 4th Duke of Bedford .  His colleague the  Earl of Sandwich was the next person to be First Lord of the Admiralty and then in June of 1751 Anson became First Lord of the Admiralty.  He held this position until November of 1756, and again from June 1757 until his death in 1762.   Among his reforms were the transfer of the Marines from Army to Navy authority, uniforms for commissioned officers, devising a way to effectively get superannuated Captains and Admirals to retire on half-pay and submitting a revision of the Articles of War to Parliament which tightened discipline throughout the Navy. 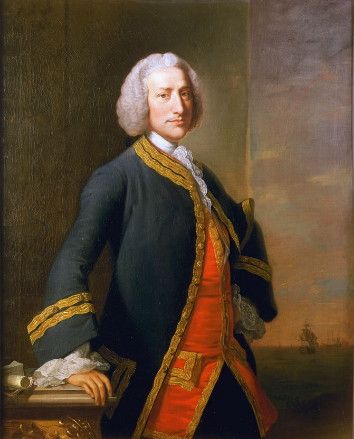 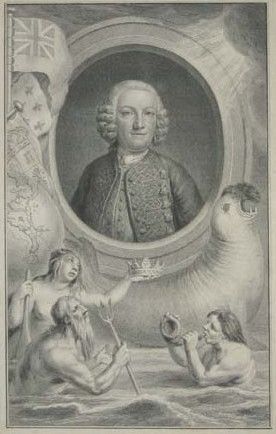 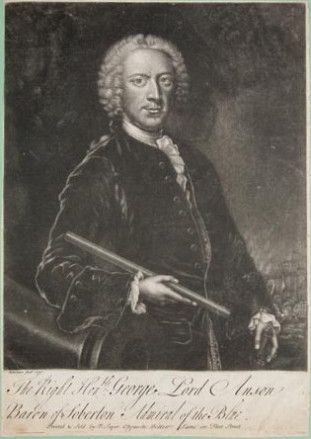 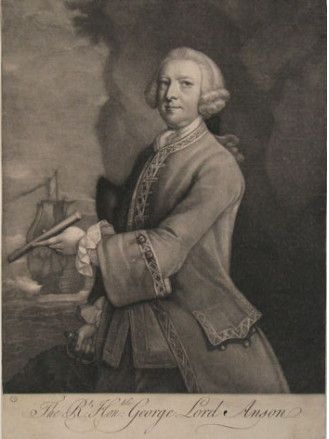 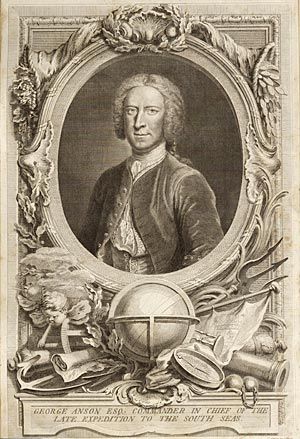 George Anson Esq., Commander in Chief of the late expedition to the South Seas. Engraved by C Grignion after Ar Pond 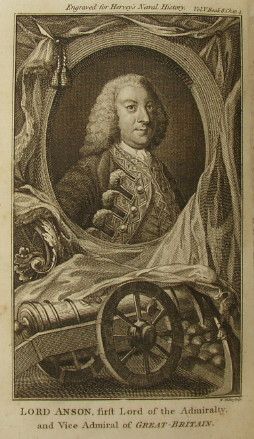 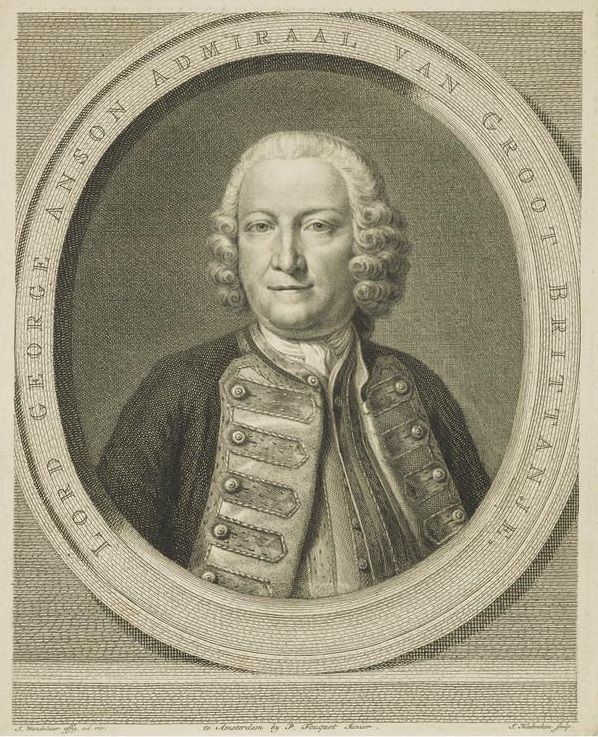