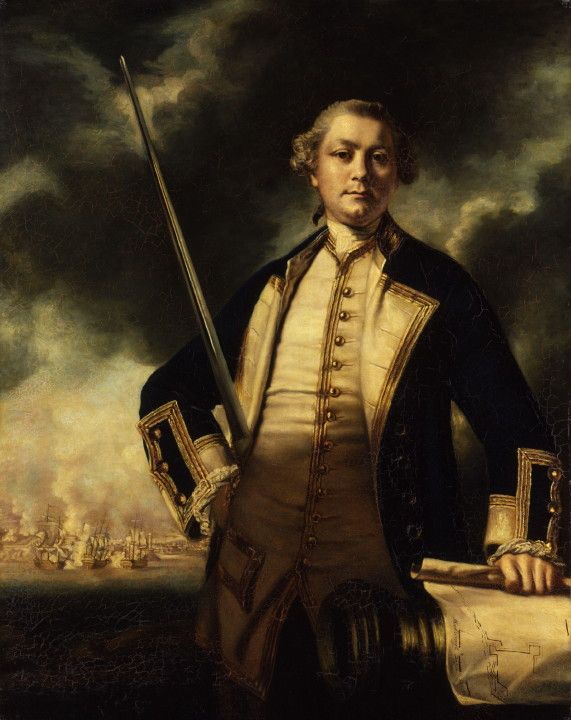 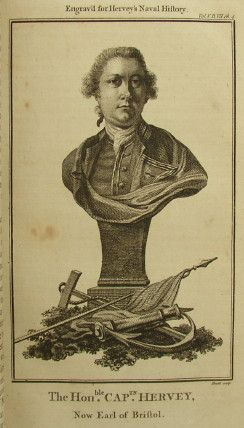 Augustus John Hervey was the second son of John Hervey, 2nd Baron Hervey and Mary Leppell.  As a second son Augustus would have been expected to make his own way in the world.  He joined the navy in 1736 and became a Lieutenant in 1744.  He achieved rapid promotion probably partly on ability but no doubt also due to the influence of his father.  He distinguished himself in several encounters with the French, and was of great assistance to Admiral Hawke in 1759 while commanding the 'Monmouth'.

Augustus was appointed in the spring of 1760 to command the 'Dragon', a new ship of 74 guns.  Among the crew was his nephew Constantine John Phipps .  The story of his time on the Monmouth and on the Dragon is very well presented in the book 'Tars, The Men Who Made Britain Rule the Waves' by Tim Clayton, published 2007.

In the autumn of 1761 Augustus was ordered to proceed with Commodore Barton to the West Indies to join Admiral George Rodney in his expedition against the French island of Martinico. Here he aided in the successful attack, and was afterwards ordered by Rodney to proceed in the Dragon with five other vessels to demand the surrender of St. Lucia. The island was at once given up (February 1762).  An expedition, the naval part of which was under the direction of Sir George Pocock, had sailed from England against Havannah in Cuba.  After a terrible loss of life Moro Castle was taken and the rest of the town soon afterwards surrendered.  Augustus was despatched to England with the news, and on his way captured a large French frigate, the Francis Lewis (Francois Louis), laden with military stores for Newfoundland.

Augustus is mentioned on page 95 of the diary of George Marsh, September 1762, in relation to the capture of the Francois Louis.  He appointed George Marsh to be his agent and George managed to generate proceeds of 6,000 pounds from the sale of this prize ship.

Having served with distinction in the West Indies, Augustus's active life at sea ceased when the Peace of Paris was concluded in February 1763.  His health had also suffered and so he took up an active life in parliament.  He had been member for Bury St Edmunds from 1757.  He became for a short time member for Saltash and then from 1768 once more member for Bury St Edmunds.  In 1771 he took over from Sir Peircy Brett as a Lord of the Admiralty and fulfilled this position until 1775 when he succeeded his elder brother George in the Earldom of Bristol.  Sir Hugh Palliser then took over the position of Lord of the Admiralty.  Augustus became nominally Commander-in-Chief of the Mediterranean Fleet and was made Vice Admiral of the Blue in January 1778.

After his death in 1779 he was buried at the family home of Ickworth in Suffolk.  He was succeeded by his brother Frederick Hervey who then became 4th Earl of Bristol.