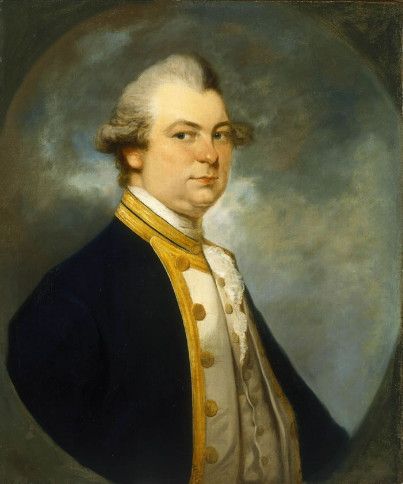 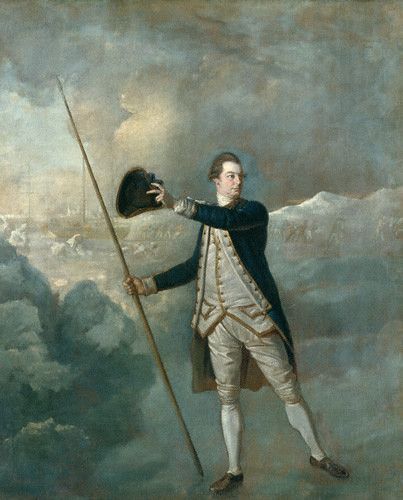 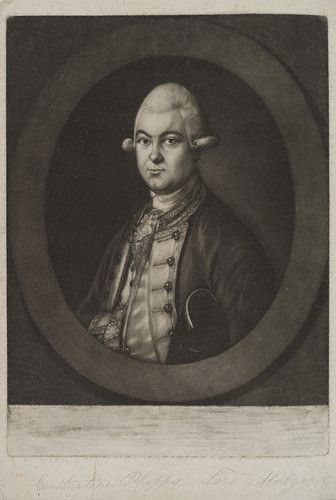 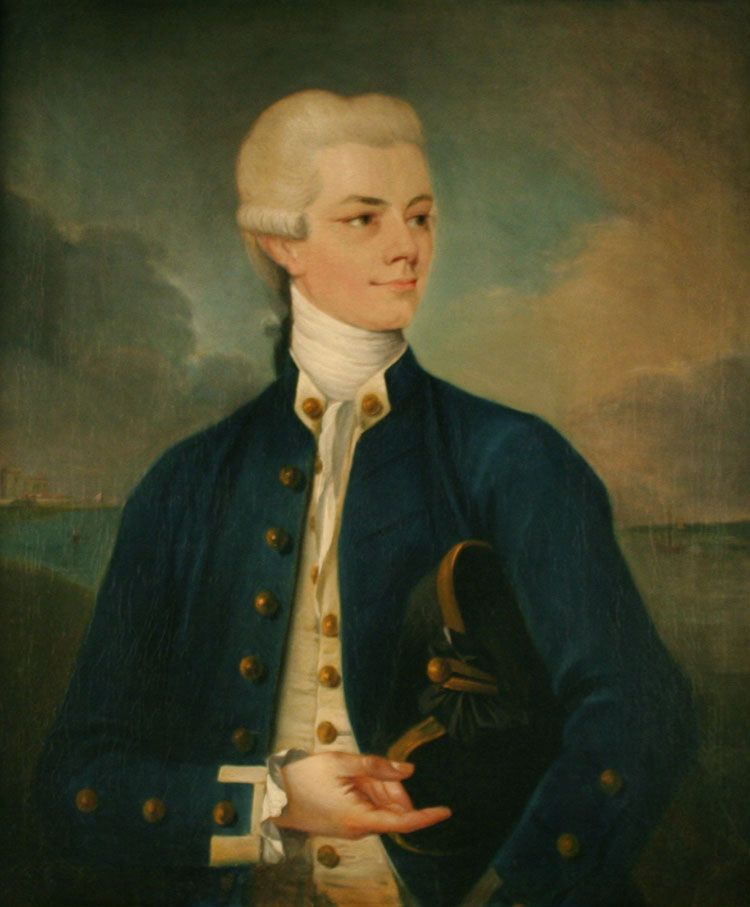 John Constantine Phipps as a midshipman

Constantine John Phipps was the eldest son of Constantine Phipps, 1st Baron Mulgrave and his wife, Lepell Phipps.  His family had Naval connections in that his uncle was Augustus John Hervey, 3rd Earl of Bristol.

Constance studied at Eton College (with Joseph Banks) and then in 1759 at the age of 15 he joined the 70 gun 'Monmouth' as a cadet under his uncle Captain Hervey .  He served with his uncle on the 'Dragon' and was promoted to lieutenant in 1762 by Sir George Rodney.  The story of his time on the 'Monmouth' and on the 'Dragon' is very well presented in the book 'Tars, The Men Who Made Britain Rule the Waves' by Tim Clayton, published 2007.

By 1763 he was in command of the 12-gun sloop 'Diligence' and in 1765 moved to the 'Terpsichore'.  In 1766 he sailed to Newfoundland on 'Niger' and his friend Sir Joseph Banks accompanied him as ship's naturalist.  From 1767 to 1768 Constantine commanded 'Boreas' in the English Channel.

Constantine is mentioned in the diary of Commissioner of the Navy George Marsh (page 105).  George through his business with Mr Ommaney loans 1000 pounds to Constantine but George later finds that Mr Ommaney is not behaving as a partner ought to.

In 1773 Constantine set off on a voyage of exploration towards the North Pole, with two ships, the 'Racehorse' and the 'Carcass'.  Also part of the group was Dr Irving as naturalist and doctor, and Israel Lyons (1739-1775) as astronomer.  The 'Carcass' was commanded by Skeffington Lutwidge and one of her midshipmen was a young Horatio Nelson.   The following year Constantine published a book about the journey, 'A Voyage towards the North Pole undertaken by his Majesty's Command'.

In 1775 Constantine succeeded his father as Baron Mulgrave in the Peerage of Ireland.  He became MP for Huntingdon in 1777, and was also appointed as one of the Lords of the Admiralty.

Constance became MP for Lincoln in 1768 and was later MP for Huntingdon up until 1784, when he became MP for Newark.  He held various appointments including Paymaster of the Forces and he was also a Commissioner for the affairs of India, and one of the Lords of Trade and Plantations until 1791 when he resigned due to ill health.  In 1790 he was created Baron Mulgrave.  He died in 1792.