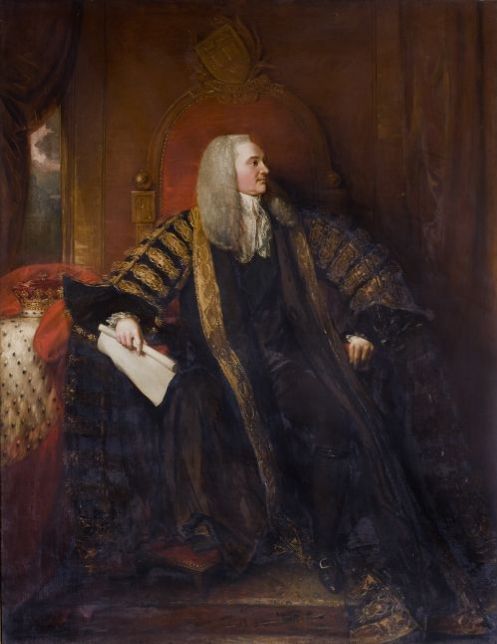 The Duke of Portland was a British Whig and Tory statesman, Chancellor of the University of Oxford and Prime Minister.  He was known before 1762 by the courtesy title Marquess of Titchfield.  In 1761 he was elected to sit in the Parliament for Weobley, before entering the Lords when he succeeded his father as Duke of Portland the following year.  Associated with the aristocratic Whig party of Lord Rockingham, the Duke of Portland served as Lord Chamberlain of the Household in Rockingham's first Government (1765-1766) and then as Lord Lieutenant of Ireland in Rockingham's second Government (1782).  He resigned from Lord Shelburne's ministry along with other supporters of Charles James Fox following Rockingham's death.

In April 1783, the Duke of Portland was brought forward as titular head of a coalition government.  He was the Prime Minister but it is generally thought that the real leaders were Charles James Fox and Lord North.  The Duke of Portland also served as First Lord of the Treasury in this ministry but this coalition did not last very long and had fallen by December of the same year.

It is during this period that the Duke of Portland is briefly noted in the diary of George Marsh.