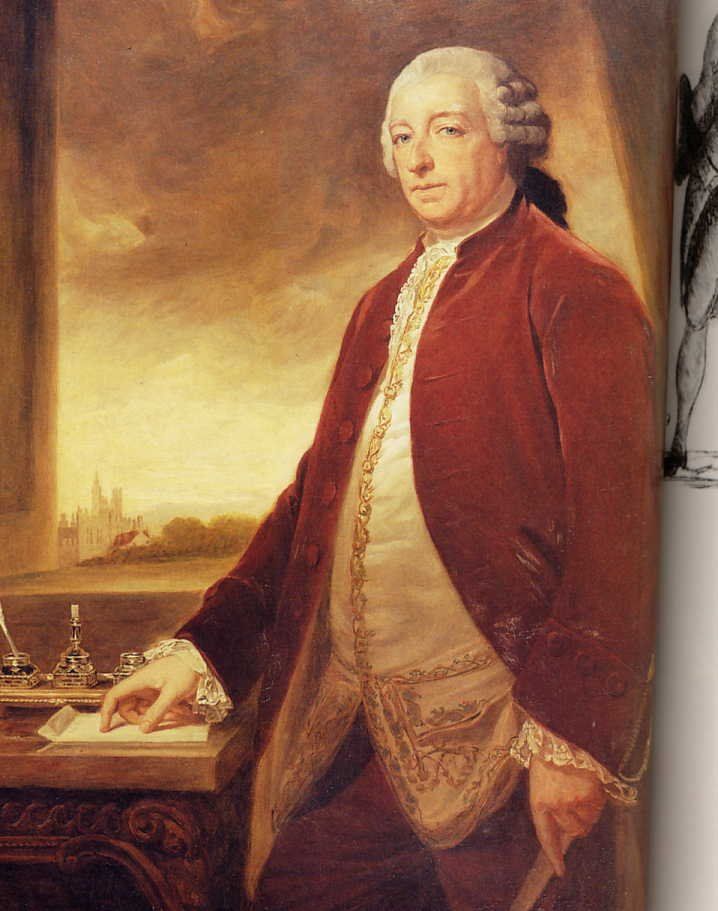 George Sackville was the third son of Lionel Sackville, 1st Duke of Dorset, and his wife Elizabeth, daughter of Lieutenant-General Walter Philip Colyear.  George was educated at Westminster School in London and graduated from Trinity College in Dublin in 1737.  He joined the army a few years later and had a progressive military career rising to the rank of Lieutenant General.  At the Battle of Minden in 1759 George refused to order an attack at a crucial point in the battle.  He was later Court Marshalled and his army career terminated.

In parallel with his army career George had been a Member of Parliament from 1742 and so from 1760 onwards he started to pursue his political career more actively.  In 1769, Lady Elizabeth Germain died without natural heirs, and left her estates to him.  In addition to giving him a useful fortune this also gave him the opportunity to change his name and so from 1770 he was known as Lord George Germain.

In 1775 George was appointed Secretary of State for the American Department replacing Lord Dartmouth in the post.  At that time Lord North's cabinet had three Secretaries of State:
Europe (the Northern Department)
America
Rest of the world (the Southern Department)
Besides international relations, these Secretaries were responsible for a great deal of Colonial administration and for military operations within their areas. This made Germain the primary minister responsible for suppressing the rebellion that had broken out in 1775 in the American colony.

Lord George Germain is mentioned in the diary of George Marsh, Commissioner of the Navy, (page 139, Feb 1776) with reference to a meeting with the Prime Minister Lord North where they were discussing how to obtain more shipping to transport troops to fight in America.

The war in America did not progress well for the British and after the loss of Yorktown in 1781 the credibility of Lord North's government went into rapid decline.  George resigned in early 1782 and the government fell shortly afterwards.  George moved to the Lords becoming a Viscount.  His political career never recovered and he died a few years later in 1785.