Who was Captain Richard Haddock?  Does anyone have a portrait showing what he looked like?

He is mentioned by George Marsh in his diary (page 67).  In 1745 George states 'I was entered an Extra Clerk to Mr Haddock Comptroller of the Navy, in his office for bills and accounts'.  George seemed to have just worked for Richard Haddock briefly and then went on to work for Commissioner Compton.

Richard Haddock was Comptroller of the Navy from 1734 until 1749.  He was preceeded in this position by Vice-Admiral James Mighells and he was followed by Captain Savage Mostyn .

Richard Haddock in his early life was a sailor in the Royal Navy and had command of HMS Resolution in 1708.

Admiral Sir Richard's brother, Joseph Haddock, also had a naval career as a Lieutenant during the Third Anglo-Dutch War, later commanding HMS Swallow in 1678.  Sir Richard's third son, Nicholas, ended a distinguished naval career with the rank of Admiral of the Blue.

Captain Richard Haddock also had a cousin named Richard who also served in the Navy and commanded the fireship Anne and Christopher at the Battle of Solebay, being commended for his bravery.

After the death of his father Captain Richard Haddock inherited a house at Mile End and a property in Soham in Cambridgeshire. 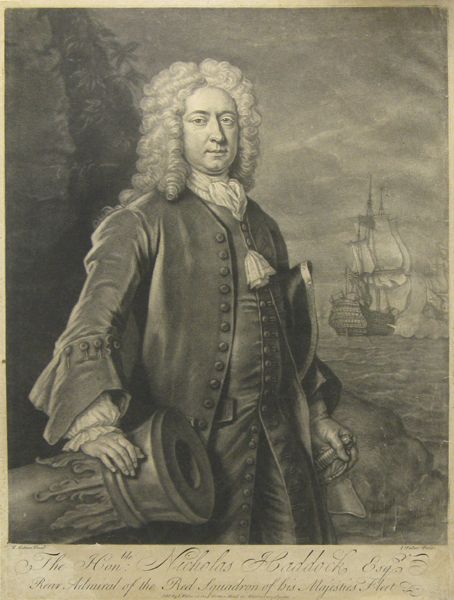 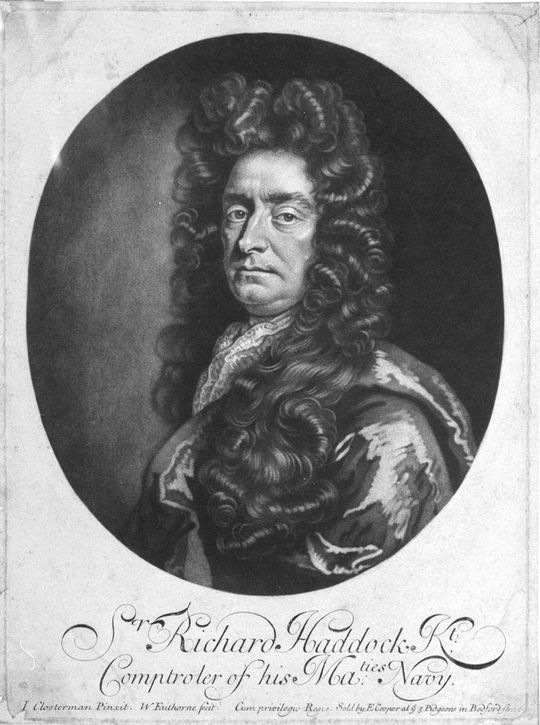