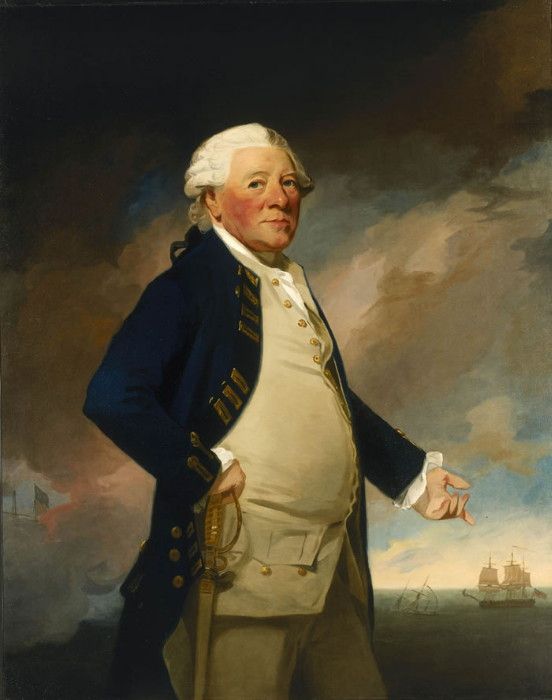 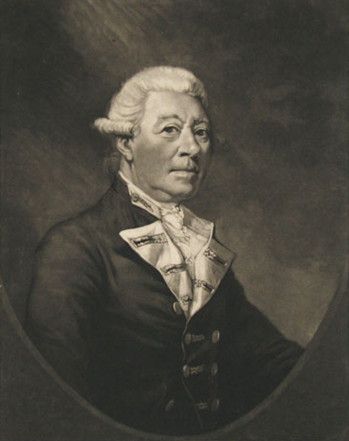 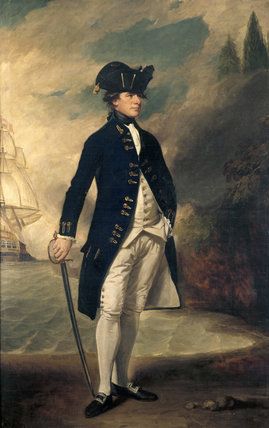 Vice-Admiral Sir Hyde Parker began his career as a merchant seaman.  He joined the Royal Navy at 24 and was given his first command at the age of 29.  Following the outbreak of the Seven Years War in 1756, he was sent to the Indian Ocean, where he took part in the capture of Pondicherry in India in 1761 and the capture of Manila from the Spanish in 1762.  In 1778 he was promoted to rear-admiral and it would have been around this time that he upset the Sultan of Morocco by wearing dirty boots at his court.  This is mentioned briefly in the diary of George Marsh on page 26.
Later in 1778 Sir Hyde Parker went to North American waters as second-in-command.  For some time before George Rodney's arrival he was in command on the Leeward Islands station, and conducted a skilful campaign against the French at Martinique.  After naval victories against the French in the Caribbean, he returned home and engaged the Dutch fleet near the Dogger Bank in 1781.  In December 1782, he set sail in HMS Cato to take up a posting in Bombay. The Cato was never heard of again. It is thought to have sunk off the Maldives with the loss of all hands.