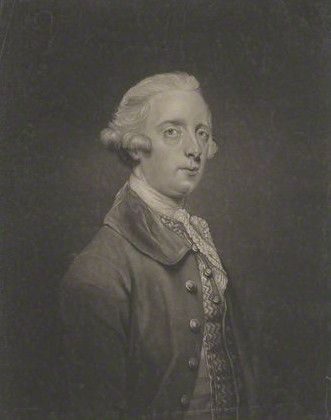 John Cavendish was the youngest son of William Cavendish, 3rd Duke of Devonshire, and his wife Catherine Hoskins.  He was educated in Hackney and at Peterhouse, Cambridge.  He became a Member of Parliament in 1754 and went on to become Chancellor of the Exchequer in 1782 and 1783.

He is mentioned briefly in the diary of George Marsh Commissioner of the Navy (page 56).

He was a supporter of Lord Rockingham, and subsequently of the Fox-North Coalition that brought the Duke of Portland to power.  He lost his seat in the election of 1784, when the coalition fell, and did not return to the House of Commons until 1794, in the family seat of Derbyshire which he held until his death in 1796.