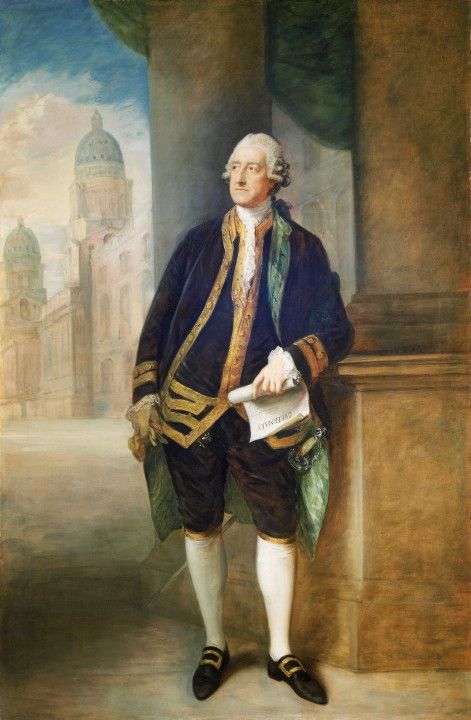 First Lord of the Admiralty

George Marsh in his diary (page 134) mentions Lord Sandwich announcing to him in 1773 the good news that George was to be appointed a Commissioner of the Navy.  Over the following three years Lord Sandwich's name pops up every now and then.

Lord Sandwich had in fact been involved with the administration of the Navy for quite some time before this.   In 1744, John Russell 4th Duke of Bedford, was invited to join the government of Henry Pelham, and took up the position of First Lord of the Admiralty (1744-1748). Lord Sandwich joined him as one of the Commissioners of the Admiralty in effect serving as his deputy.  The experienced Admiral Lord Anson also joined the Admiralty board and it would appear that they both worked well together.  Anson had control of the training and discipline of the navy, while Sandwich focused on the administration.  In February 1748 Lord Sandwich became First Lord of the Admiralty and retained this post until June 1751 when he was sacked by Newcastle.

In 1763 Lord Sandwich returned to the Admiralty in the government of John Stuart, 3rd Earl of Bute, and encouraged a major rebuilding programme for the Royal Navy.  Lord Sandwich was again made First Lord of the Admiralty but only held the position for 5 months after which he was succeeded by John Perceval, 2nd Earl of Egmont .

Lord Sandwich served for a third time as First Lord of the Admiralty in Lord North's administration from 1771 to 1782. He replaced the distinguished Admiral Sir Edward Hawke .

The American war of independance changed everything.  The British found themselves fighting the French, Spanish and Americans.  The war in America was lost and in 1782 Lord North and the rest of his cabinet all resigned.  Rather than accepting that the independance of America was inevitable the politicians all blamed each other.  Sandwich received the blame for the naval campaign and George Germain , 1st Vicount Sackville , received the blame for the Army campaign.

Lord Sandwich's administrative competence has in the past been questioned by historians and to most people he is best known for being the inventor of the sandwich.  A biography of his life 'The Insatiable Earl' written by NAM Rodgers was published in 1993 by Harper Collins.  This shows that the Earl of Sandwich was a very competent politician and manager.  Although he had no first hand experience of the navy he made the effort to build up a good knowledge of the subject and he was able to surround himself with the right people.  George Marsh appears to have been one of those people and they both appear to have had a good deal of respect for one another.