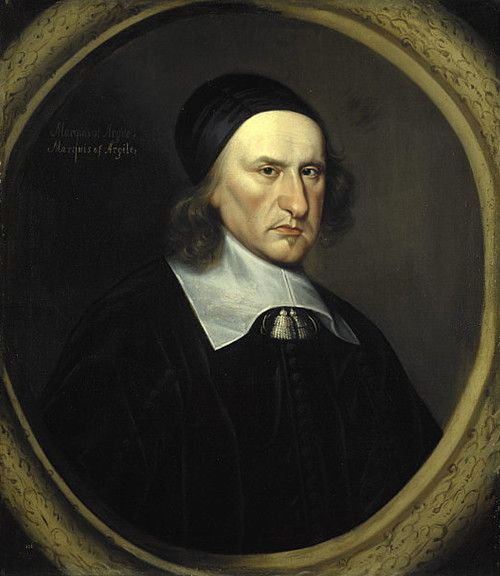 Chief of Clan Campbell.  Known in his early life as Lord Lorne.

Archibald was the prominent politician in Scotland during the time of Cromwell.   He was a major figure in the Covenanter movement that fought for the Presbyterian religion and he was the arch-enemy of the royalist general James Graham, 1st Marques of Montrose.  Although Archibald was initially for the restoration of Charles II he later switched sides and backed Cromwell.  When Charles II was restored in 1660 Archibald was accused of treason and was found guilty.  He was executed shortly afterwards.