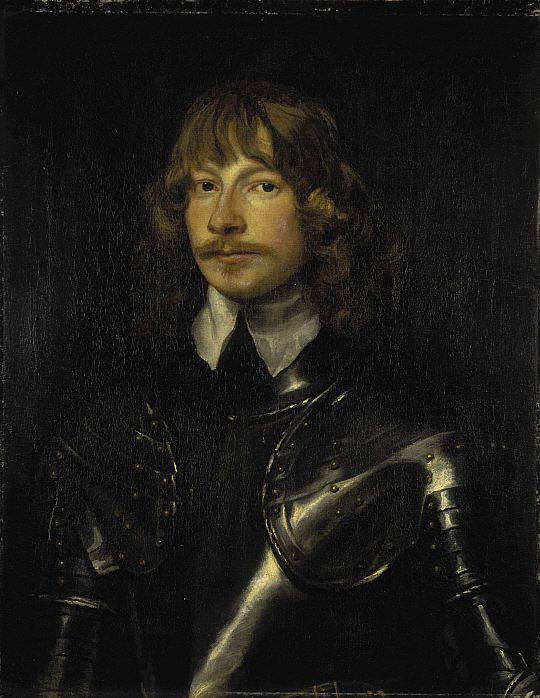 The Marquis of Montrose had strong feelings that the Church's political control should be reduced.  He had led the Royalist forces in a series of victories over the Presbyterian Covenanters.  His army had included Highlanders, Episcopalians and Roman Catholics. When King Charles I was defeated seperately in the civil war, Montrose was forced to flee to Norway.  Shortly afterwards Charles was executed (1649).

The following year the Marquis returned to Scotland to support the exiled Charles II.  He tried to raise the clans but did not suceed and after a considerable chase he was captured, tried and hanged in Edinburgh.  His body was hacked to pieces, his limbs being sent to Stirling, Perth, Aberdeen and Glasgow.

Ten years later, on the restoration of Charles II in 1660, the remains of the Marquis's body were returned to Edinburgh and put back together.  The body then lay in state in the Palace of Holyrood house after which there was a hero's funeral at St Giles.