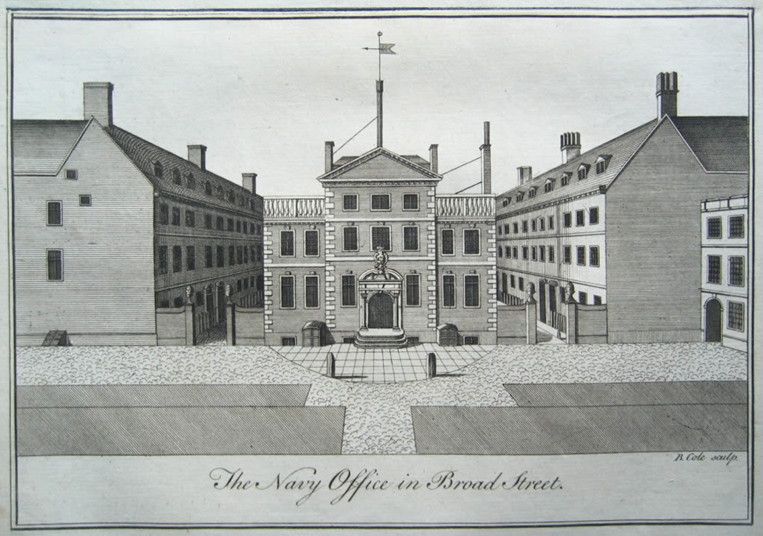 From the book 'The History and Survey of London from its Foundation to the Present Time'.
By William Maitland, published 1756.

The Admiralty in its own right was responsible for personnel and the movements of ships.  The strategy and employment of fleets in war time was the responsiblitiy of the Government and the King.

The management of the dockyards was the responsibility of the Navy Board, a body quite distinct from the Admiralty but in principle subordinate to it.  It was responsible for all aspects of ship building, design and maintenance and for the purchase and issue of all naval stores other than food.  The Navy Board had a staff of over 100 people to achieve this, plus thousands of employees in the dockyards.

In addition to the Navy Board there was also the Victualling Board, the Sick & Hurt Board and the Ordanance Board.

George Marsh spent his time working for the Navy Board and later also for the Victualling Board.