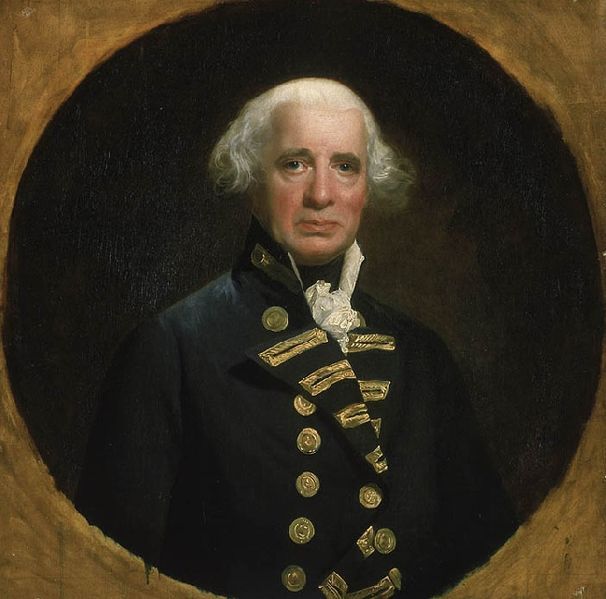 Richard Howe joined the navy at the age of thirteen sailing in the Severn, one of the squadron sent into the south seas with George Anson in 1740.  He was promoted to Lieutenant in 1744 and made steady progress up the ladder.  In 1755, he went with Edward Boscawen to North America as captain of Dunkirk.  After that he spent time back in Europe where he was involved in many raids on French ports.  In 1759 he led Hawke's fleet as captain of Magnanime in the Battle of Quiberon Bay where the British won a decisive victory and so stopped a planned French Invasion of Britain.

After the death of his elder brother in 1758, Richard became Viscount Howe in the Peerage of Ireland.   In 1762, he was elected M.P. for Dartmouth and held the seat until he was elevated to the House of Lords as Earl Howe in the Peerage of Great Britain.  From 1763 to 1765, he was a member of the Admiralty board having taken over from Vice-Admiral John Forbes.

Richard is mentioned in the diary (page 110) of George Marsh, 13th May 1764.  George notes that he set out with Lord Egmont, Lord Howe and Lord Carysford with Mr Stephens to visit the Dockyards.  No other mention is made.

In 1765 Vice-Admiral Sir Charles Saunders took Richard's place on the Admiralty board and Richard became Treasurer of the Navy, a position that he held until 1770 when he was promoted to Rear Admiral and made Commander in Chief of the Mediterranean Fleet.

Richard was very much involved with the American War of independence but this was a period that did not go well for anyone.  He resigned in 1778 and then had a period of a few years where he was mainly involved in politics as an MP.

In 1782 Richard took command of the Channel Fleet.  The following year he took up the position of First Lord of the Admiralty taking over from Admiral Hon. Augustus Keppel, later 1st Viscount Keppel.  Richard fulfilled this role until 1788 when the position was taken by John Pitt, 2nd Earl of Chatham.   Richard became Vice-Admiral of Great Britain from 1792-1796 and Admiral of the Fleet from 1796 until his death in 1799. 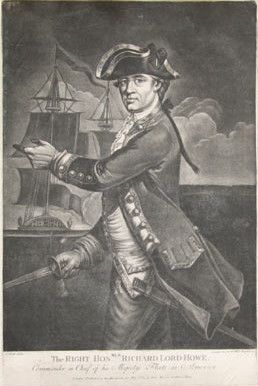 The Right Hon Richard Lord Howe Commander in Chief of his Majesty's Fleets in America, 1778 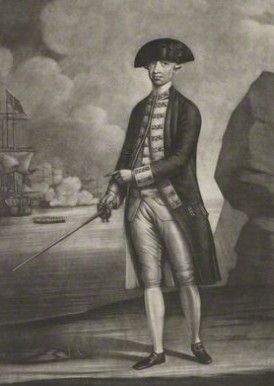 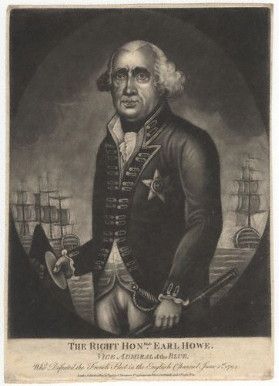 The Right Hon Earl Howe Vice Adrmial of the Blue, 1798 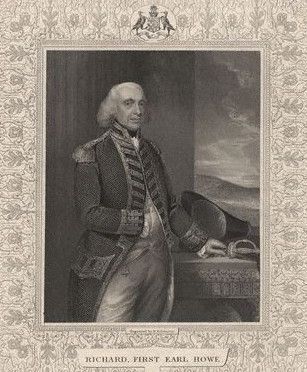 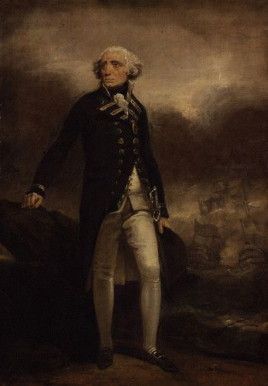