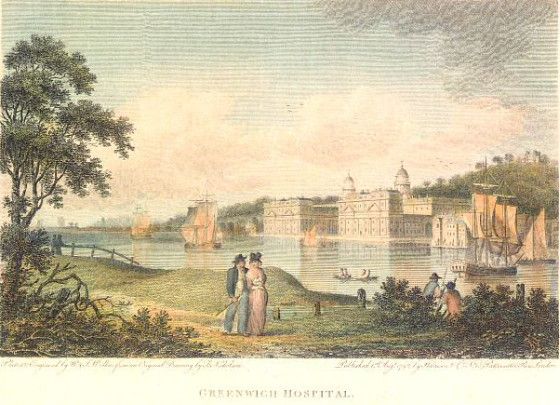 The Royal Hospital at Greenwich was established following a Royal Charter from King William and Queen Mary in 1694.  The objective being to create a hospital, to provide support for seamen's widows, education for their children, and to improve navigation.  The buildings were all produced on a monumental scale and are all still in existence today.

The first Pensioners arrived at Greenwich in 1705. By the end of the 1700s there were more than 2,000 pensioners living there.

The last pensioner moved out in 1869 and from 1873 until 1998 the buildings were used by the Royal Naval College.  Part of the site was taken over by the National Maritime Museum in 1934 and this is now occupies the main set of buildings.

More information can be found on the Greenwich Hospital website (www.grenhosp.org.uk) and the National Maritime Museum website . 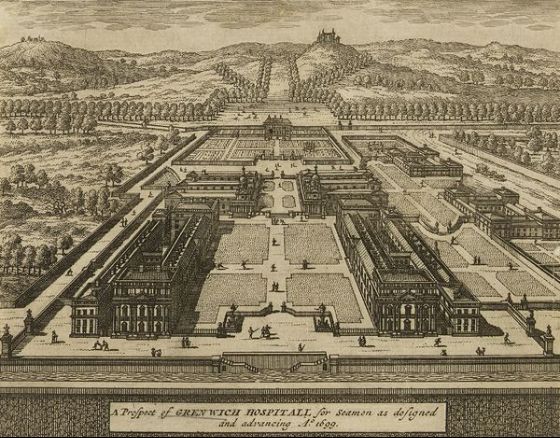 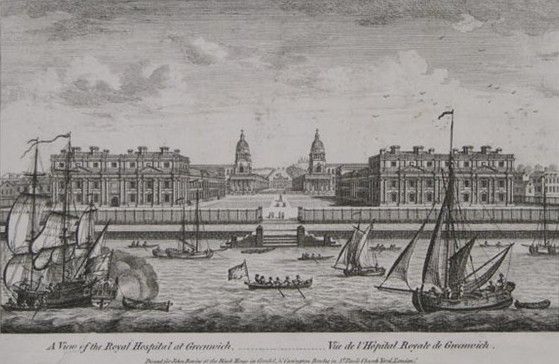 A View of the Royal Hospital at Greenwich 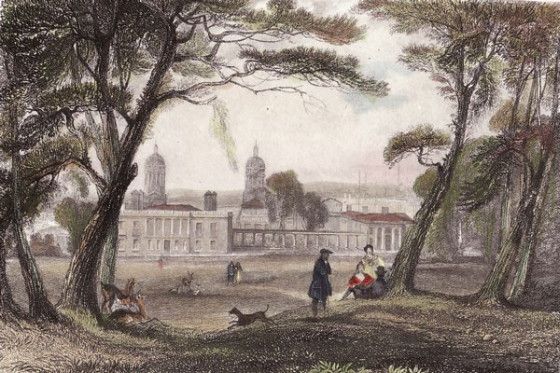 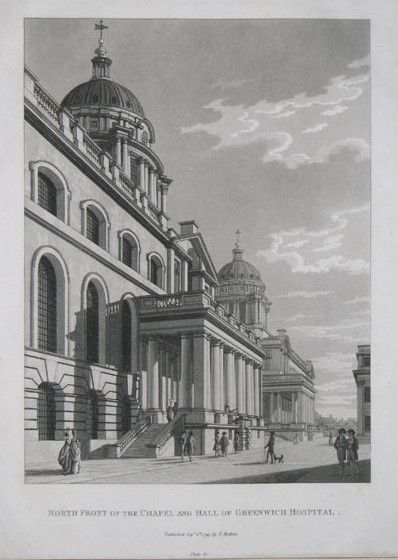 North Front of the Chapel and Hall of Greenwich Hospital