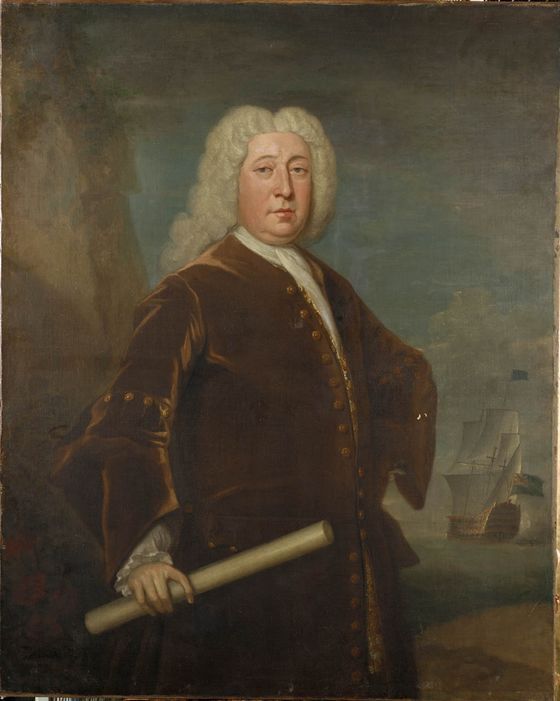 George Marsh in his diary (page 61) records, in May 1735, his first experiences at sea, which were spent with his father on board his Majesty's ship Nowark (HMS Newark) sailing from Chatham to Spithead, with the Admiral Sir George Walton's flag flying on board her.  The young George Marsh who was only 12 years old at the time got on very well with the Admiral and was taken everywhere with him.  The following year, 1736, the Admiral retired, his long career coming to and end just as the career of the young George Marsh was about to start.

The following biography of the Admiral's life is taken from the book 'Naval Biography or The History and Lives of Distinguished Characters in The British Navy from the earliest period of history to the present time',  London 1805.
Volume 2, Page 242.  Please see below:

Sir George Walton died 21 November 1739 aged 74 and unmarried. He was buried in the family's traditional resting place in the parish church of St Mary the Virgin in Little Burstead, Essex. He left 9,600 pounds in his will to be divided amongst his relations.