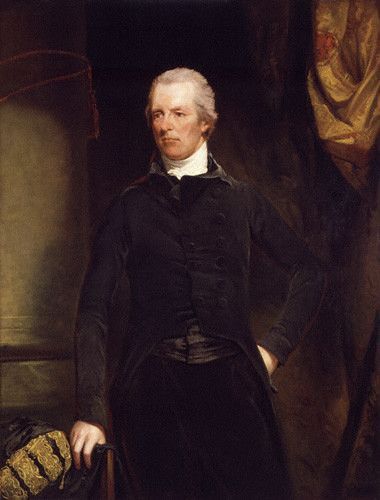 William Pitt the Younger (1759-1806) was the son of William Pitt the elder (1708-1778) who was Prime Minister from 1766 to 1768.  The younger William followed in his father's footsteps taking up a very successful career in politics.  He became Chancellor of the Exchequer in 1782 taking over from Lord John Cavendish.  In the following year 1783 he became Prime Minister taking over from William Cavendish-Bentinck, 3rd Duke of Portland.  He held the position of Prime Minister right through to 1800 and then briefly in 1801 and then for a third time from 1804 until he died in 1806.

William is mentioned in the diary of George Marsh (page 53, 19 March 1790) when J Willmott writes a letter to William praising the abilities of John Marsh and recommending that he be given a new job.