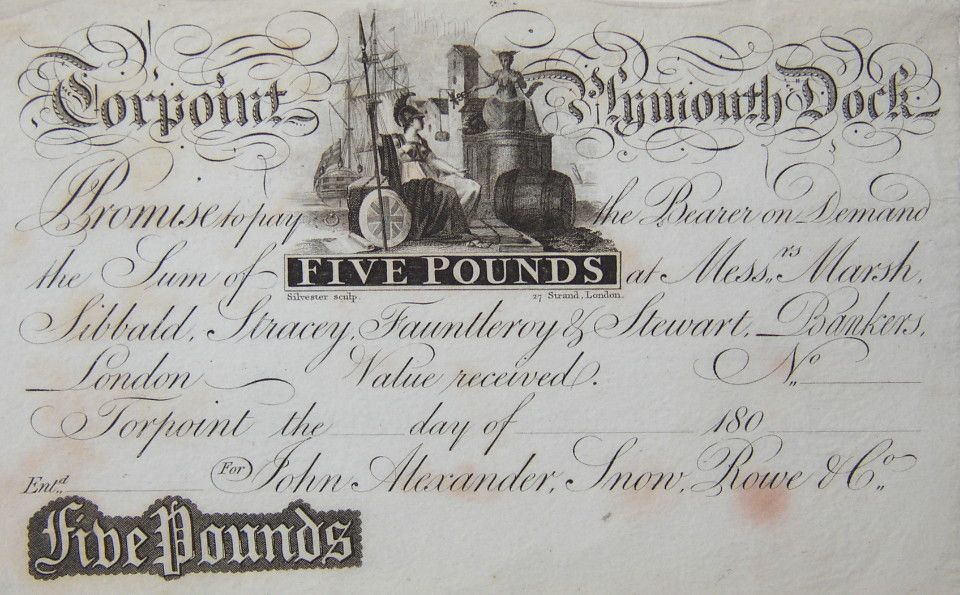 Promise to pay the Bearer on Demand

the Sum of FIVE POUNDS at Messers Marsh

The banknote is engraved by Silvester, 27 Strand, London.

In the early 1800s London banks, like the Marsh family bank, used Bank of England notes and so did not print their own.  However many provincial banks issued their own banknotes.  This was great for them as they could just print money and hope that their customers would not all turn up on the same day wanting to take their money out.  In each case they would present themselves as rock solid by having a London Bank as agent and lender of last resort.  Of course over time lots of these private banks ran out of money and became bankrupt.  By the late 1800s all banks used Bank of England notes and no longer printed their own money.

If anyone knows more about the Torpoint Plymouth Dock bank I would be very pleased to hear from you.

(return to notes on William Marsh)