Lucy Genevieve Teresa Ward was born in America in New York City in 1837.  Her parents were Colonel Samuel Ward and Lucy Leigh Ward.  As a family they spent time in Europe and America and Lucy became very proficient in the arts, learning to paint, to sing, to play the piano and she also learnt how to make sculpture.  In 1856, at age 19, she married Count Constantine de Guerbel.  She became acquainted with the German operatic soprano Henriette Sontag who gave her a letter of introduction to the composer Rossini.  Her career as a singer developed until around 1862 when she started to have trouble with her voice after which she changed direction and became a stage actress, noted for dramatic roles.  Altogether her stage life lasted about 55 years with performances in both Britain and America.

A very plain but high quality wooden box exists and inside is a small card with the inscription:
'Miss Genevieve Ward's water colour box.  Given by that great actress to Cecil Crofton, 28 June 1919'.

The box itself is in black ebony veneer with a very fine brass band around the top.  The contents are no longer present but just inside on the brass lock case is the inscription 'Alph Giroux & Co Paris'.  Presumably the box was bought from this company who appear to have been suppliers of art materials and cameras.  The box measures 378 x 255 x 64mm.  This box is for sale for 120 British Pounds.

Cecil Frederick Crofton (whose real name was Frederick Martin) died in 1935 aged 76.  He was an actor who was at the height of his career in the 1880s and 1890s and may have possibly acted with Genevieve in some of the London productions of the time.

In 1921 Genevieve was created a Dame Commander of the Order of the British Empire (DBE).  She died the following year of heart disease in her home at Hamstead, aged 85. 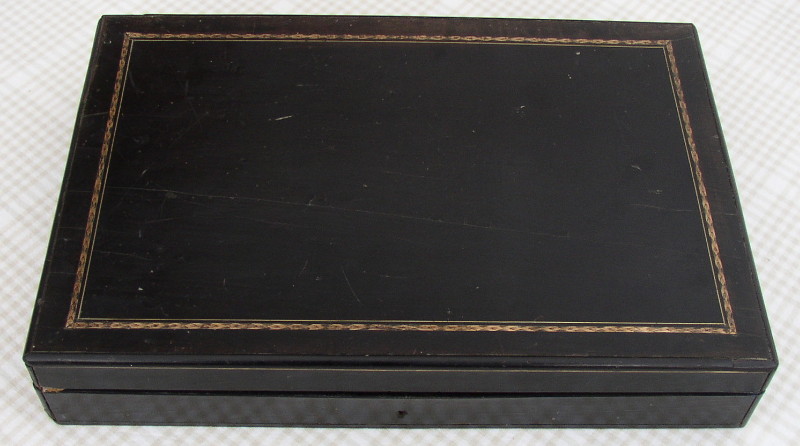 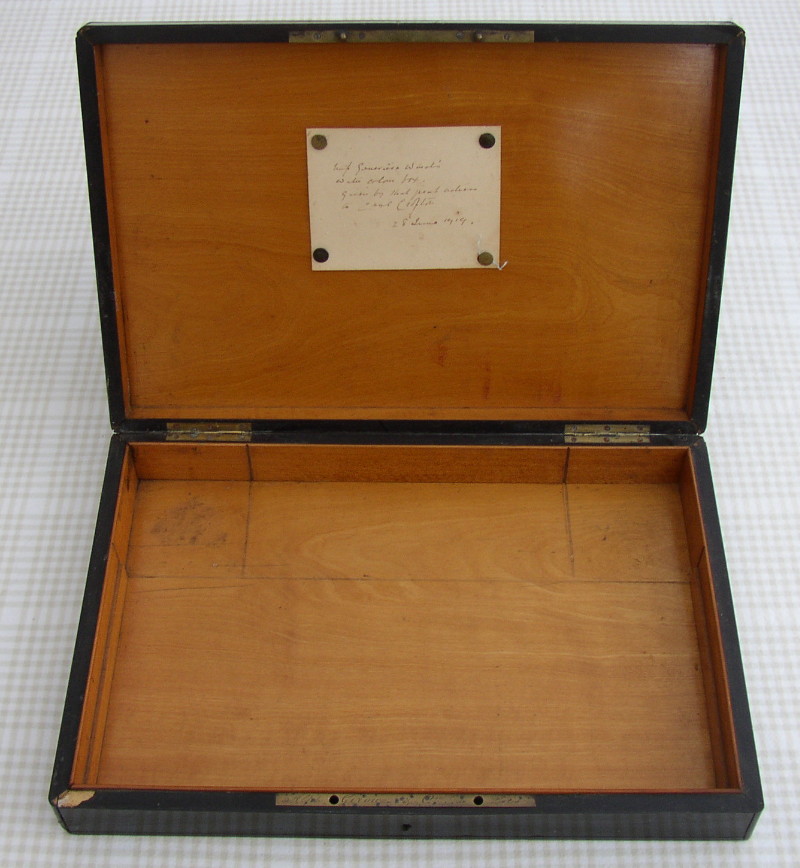 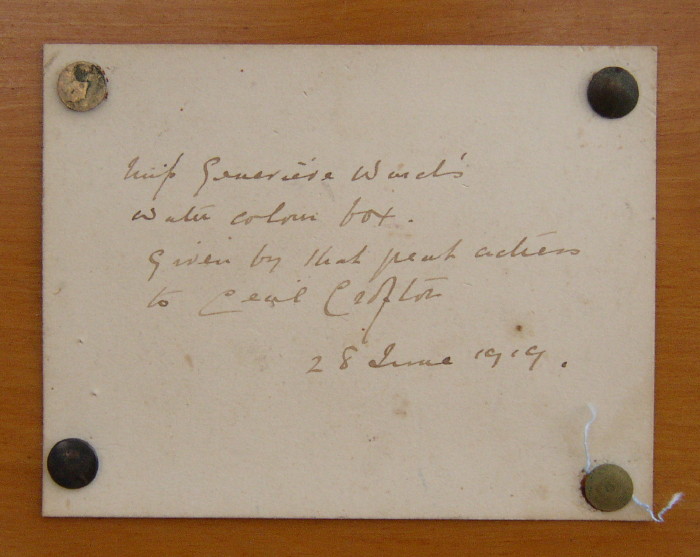 Please contact me if you would like more information , This email address is being protected from spambots. You need JavaScript enabled to view it.