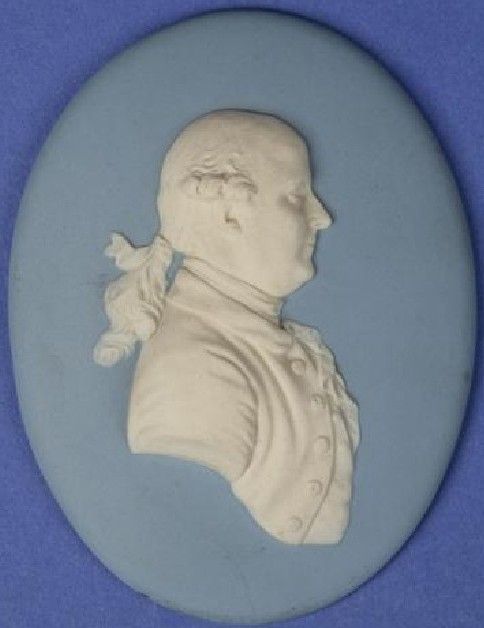 We know of Thomas Bentley from the following:

Thomas Bentley, Journal of a Visit to Paris 1776, was published by the University of Sussex Library in 1977.

Thomas Bentley was the business partner of Josiah Wedgwood and numerous books about Wedgwood mention Bentley.

The Portrait of Thomas Bentley by Wright of Derby

The mansion house of Linley Wood, at Talke in Staffordshire, contained many portraits.  Most of the sitters for these were ancestors and relatives of Maj Gen Frederick Crofton Heath-Caldwell and his wife Constance Mary Helsham Heath-Caldwell.  One of the portraits sold in the final clearance of the house in 1949 was that of Thomas Bentley painted by Joseph Wright of Derby.

Thomas Bentley was the business partner of Josiah Wedgwood.  Most books on the life of Josiah Wedgwood generally have references to Thomas Bentley and in particular Thomas's part in managing the sales side of their operation from their office in London.  A complete record of Thomas's life is recorded in the book "Thomas Bentley" by Richard Bentley printed in 1927.  This book is very rare having been limited at the time to 75 copies however a reprint was produced in 1975 and hence, if not available from a library, copies can often be obtained second hand via the internet.

Thomas Bentley married twice but had no children.  He first married Hannah Oats in 1754 but she died childless in 1759.  In 1772 he married Mary Stamford who was a half sister to Thomas Stamford of Derby (the younger) and daughter of John Stamford and possibly Elizabeth of Derby.  Thomas Bentley died in 1780 presumably leaving all his personal effects to his wife Mary.  Mary died in 1797 and it is recorded that she left her estate to a number of relatives including her nieces Elizabeth Caldwell (nee Stamford) and Miss Hannah Stamford, both of Linley Wood.

Tracing the present whereabouts of the portrait of Thomas Bentley by Wright, has proved difficult and so far it has continued to elude me.  We know that it was lent to the National Portrait Gallery in 1867 by Anne Marsh-Caldwell, and we know that it was sold by auction at Sotheby's in 1949.  We are lucky in that we have a black and white image of the portrait as a photograph was taken at Sotheby's in 1949 and the National Portrait Gallery holds a copy of this photograph www.npg.org.uk .  A note on the Walker Gallery "Merseyside Painters, Peoples and Places" published in 1978 implies that this portrait was at Burslem around that time (but where in Burslem?).

Several portraits were known to exist of Thomas Bentley, two of which are in public galleries.  One at the Wedgwood Museum at Barlaston and one at the Walker Gallery in Liverpool.  A further portrait was also known to have existed in the Liverpool Museum but it was destroyed in World War II.  The Wedgwood Museum portrait, the Walker portrait and the Linley Wood portrait are all painted from the same source but are not identical each having slight differences.

The portrait in the Wedgwood Museum (WAG 2548) was bequeathed by Ralph Vaughan Williams in 1948.  I understand that it was formally attributed to George Stubbs.  Who is it attributed to now?

The portrait in the Walker Gallery (WAG 2548, Lady Lever Art Gallery) was bequeathed to the Gallery in 1950 by Mrs AM Roscoe.  Originally attributed to Joseph Wright of Derby the portrait is now believed to have been painted by JF Rigaud.  It should be noted that the donor, Mrs AM Roscoe, was married to a descendant of James Caldwell of Linley Wood.  James Caldwell's daughter Hannah Eliza Roscoe (nee Caldwell) married William Stanley Roscoe (son of William Roscoe, 1753-1831).  Hannah and William had six children one of whom was Willam Caldwell Roscoe who in turn had a son William Malin Roscoe who was married to Agnes Muriel Roscoe (1859-1950?).  The painting itself was recorded as being in the Roscoe collection at Bircham near Coleford in 1946.

The portrait previously in the Liverpool Museum but unfortunately destroyed in World War II was believed to have been painted by William Caddick.  It was previously recorded as being in the Mayer collection in the catalogue for a Wedgwood Exhibition held by the Liverpool Art Club in 1879.

Another portrait painted by Thomas Chubbard is reputed to exist, as it is believed that Joseph Wright of Derby copied from this particular portrait.

1729      Arrian's History of Alexander's expedition. translated from the Greek by Mr. Rooke.

Other books known to have belonged to Thomas Bentley.

1776 A Liturgy on the Universal Principles of Religion and Morality.  Williams, David.  Now owned by a private collector.

Manuscript - Journal of a Slave-Dealer.  Owen, Nicholas. An edited version of this journal (1746-1757) was published by Eveline Martin in 1930.  The Bentley ownership was not known in 1930 but has since been established as Bentley, as John Newton (1725-1807), in his diary, notes that he borrowed Owens's manuscript (Slave Trader) from Thomas Bentley 22 November 1762.  Present whereabouts not known.

Thomas Bentley also subscribed to some publications including:

Genuine Letters from a Gentleman to a Young Lady his pupil ... Now first revised and published with notes ... by T. Hull.
Author: J Preston, (Teacher).  London, 1772.

1772 The History and Present State of Discoveries relating to Vision, Light and Colours by Joseph Priestley.  London 1772.  Printed for J. Johnson? 1772.

Mineralogia Cornubiensis; A Treatise on Minerals, Mines, and Mining. the Natural History of Strata, Fissures, and Lodes. the Methods of Discovering and Working of Tin, Copper and Lead Mines. PRYCE, W.  Published by London: Printed and sold by the Author, by James Phillips. Sold also by R. White. and J. Robson, 1778.

James Caldwell in his diary for 1809 lists some of the books in his library and notes that some came from Thomas Bentley.  A list of the books in the Linley Wood library around 1919 can be seen here.

More of Thomas Bentley's books are mentioned in the article: 'Books belonging to Wedgwood & Bentley the 10th of August 1770' by Harwood A Johnson.  This is a list of the books covering art and antiquity which were left by Thomas Bentley to his partner Josiah Wedgwood 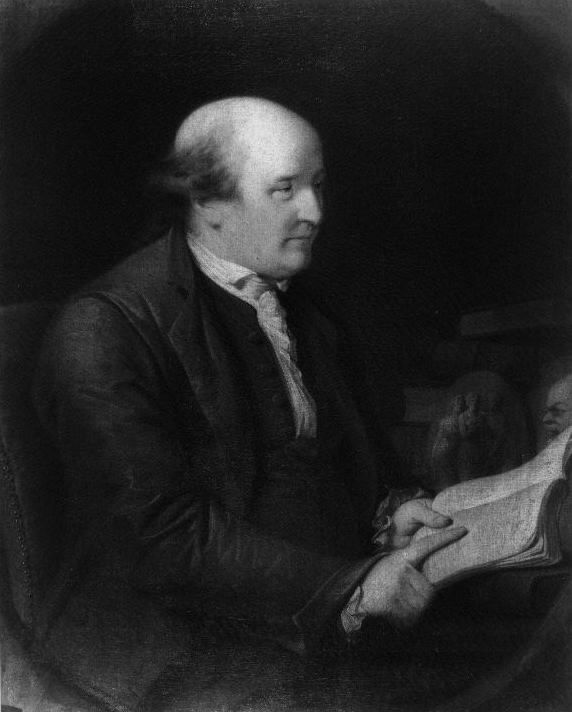 Thomas Bentley by Wright of Derby. Sold 1950. Whereabouts not known. 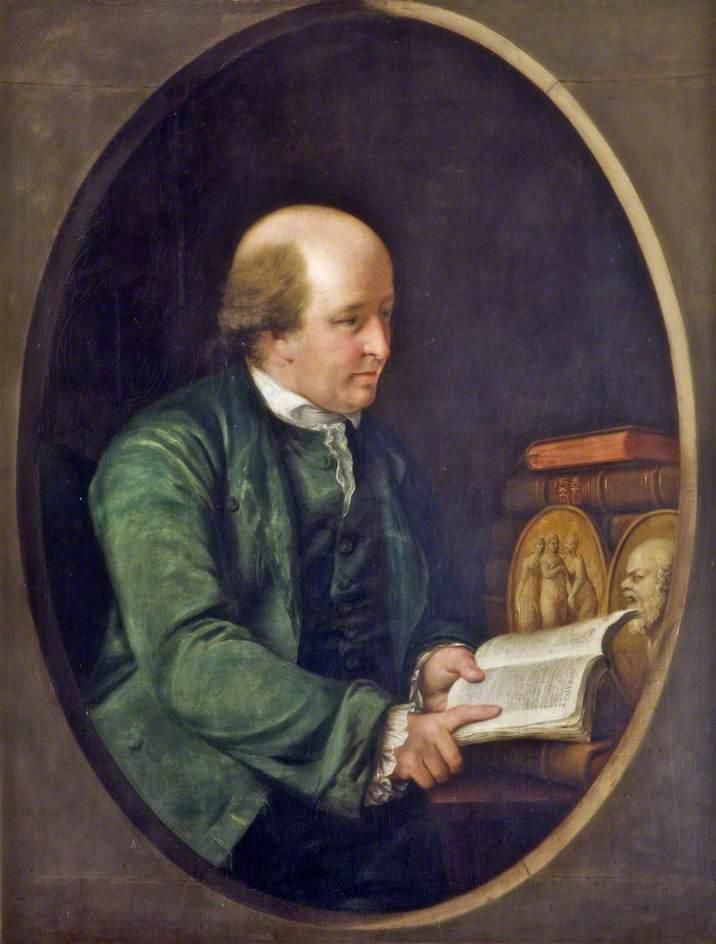 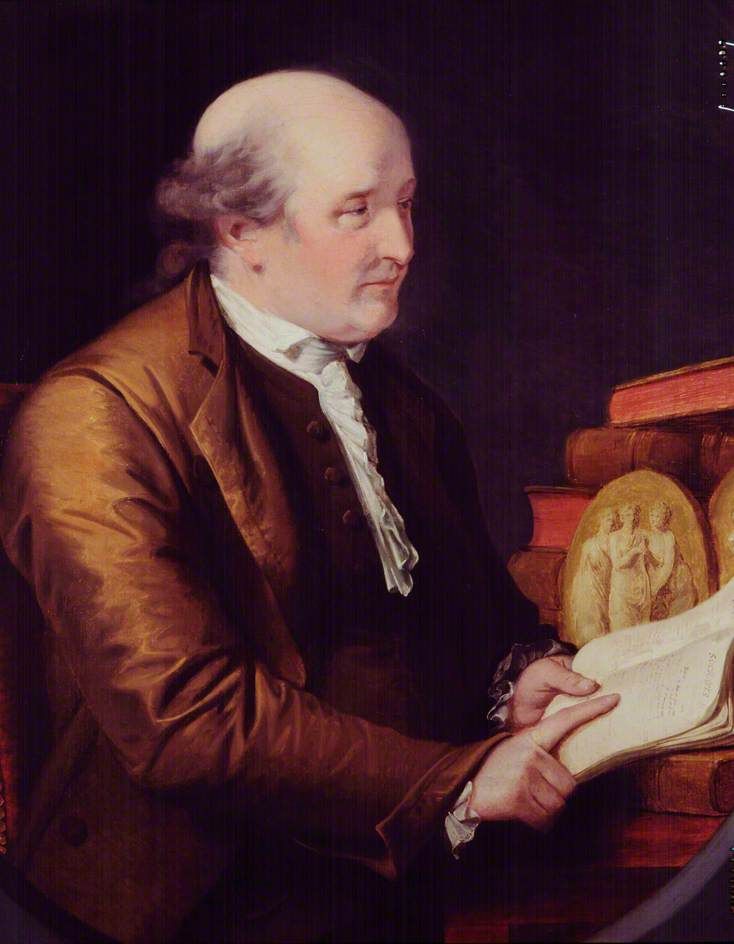 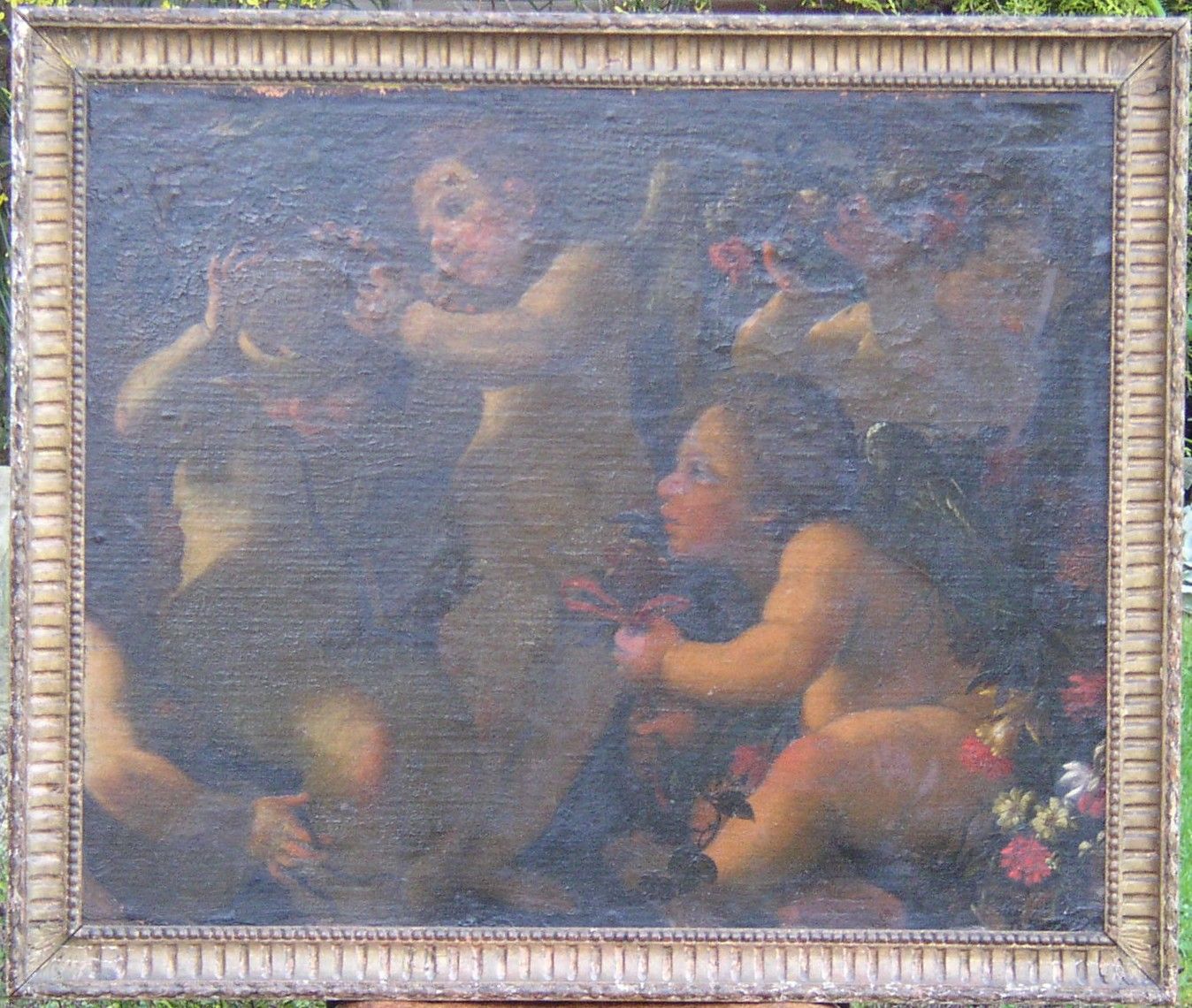 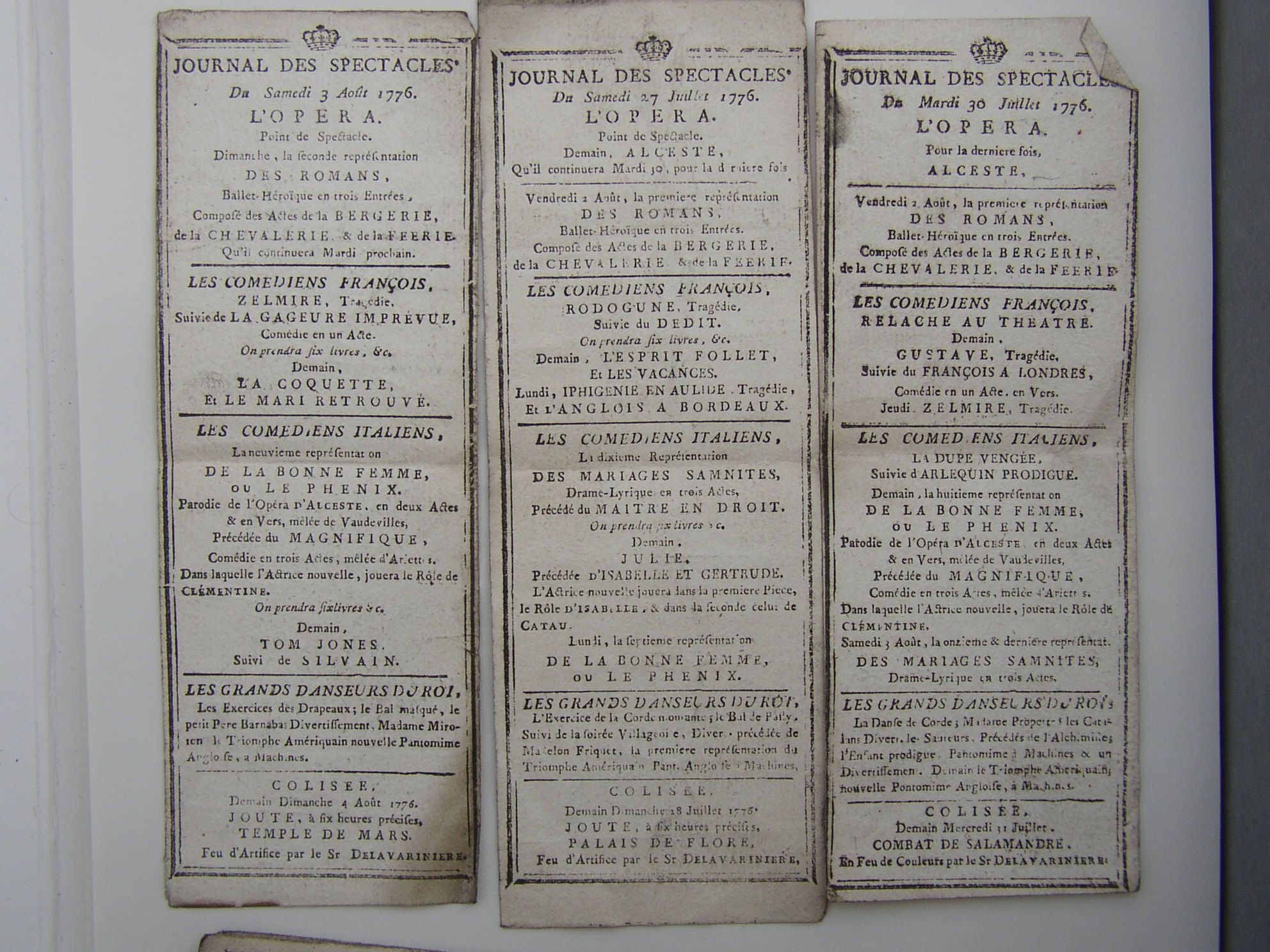