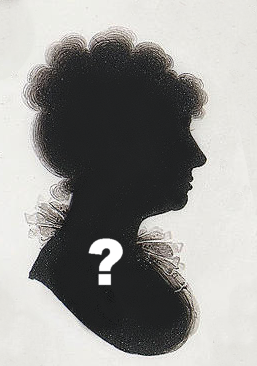 We know of Hannah from two sources; Anne Marsh-Caldwell's diary and a her grave at Nantwich.

Ann's diary reads as follows:
"To return to my brief but vivid recollections of those early days: I used to sit on a little stool at Grand Mamma's feet.  I remember her sending me across the room one day "to tell that girl" -meaning Aunt Bessy- "to uncross her legs!".  I remember following her (Grand-Mamma) into the back kitchen often... (she had the 'gravel', I believe - and I heard her father suffered dreadfully from it in his old age.)  Her maiden name was Armstrong; her father was, I believe, a stay-maker; a very remarkable man he was thought for sense and love of literature - She had been very handsome - they say she and my Grand-Papa Caldwell were the handsomest couple almost ever seen in Nantwich.  I never saw him; he died after suffering two years from a dreadful nervous complaint aggravated I suspect from the harsh treatment adopted in those days as the proper method with these.  My Grand-Mamma had been the mother of 13 children, of which four only grew up; my Aunt Sheret, the eldest, my Aunt Ann, my father, and my Aunt Bessy, seven years younger than was the youngest child.  Of these children three, I think, died of putrid throat.  It must have been ill understood in those days.  Most of the others appear to have died as infants.  There were I think three Jameses before my father - who had been a most beautiful child with long curling flaxen hair and was a perfect idol by his mother."