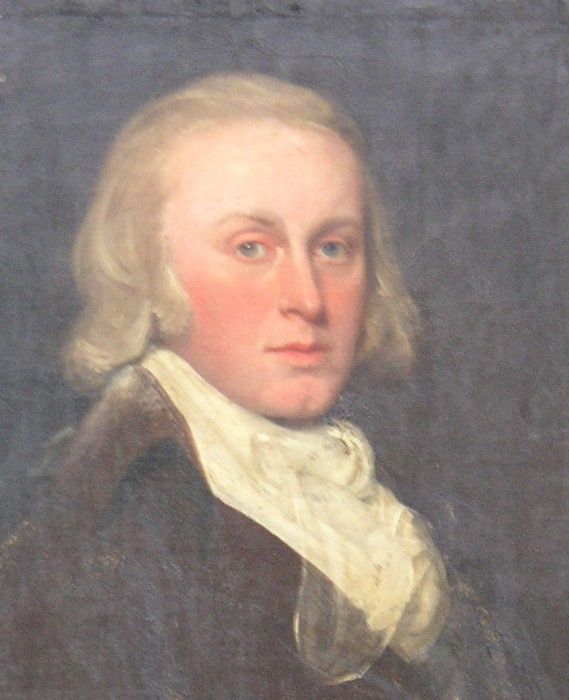 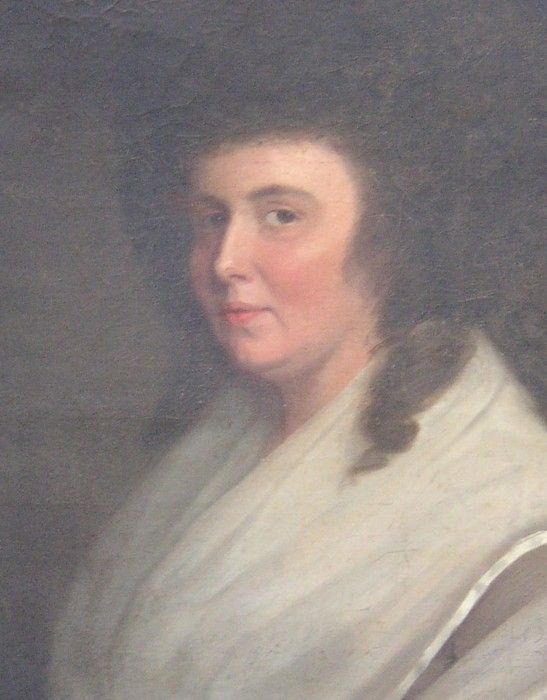 The above portrait of James has two inscriptions on the back as follows:

James Caldwell of Linley Wood.  Recorder of Newcastle Staffordshire and Deputy Lieutenant for the County.  Born 1760, died 1837.  This gentleman's family came from Scotland early in the 18th Century from Beith near Paisley and were Bar . . . of that city.  Painted by Daniel Gardener [Gardner].

James Caldwell of Linley Wood.  Justice of the Peace and Deputy Lieutenant of the County of Staffordshire and for many years Chairman of the Great Trent Canal in that County.  Died 1837.

The above portrait of Elizabeth also has two inscriptions on the back as follows: