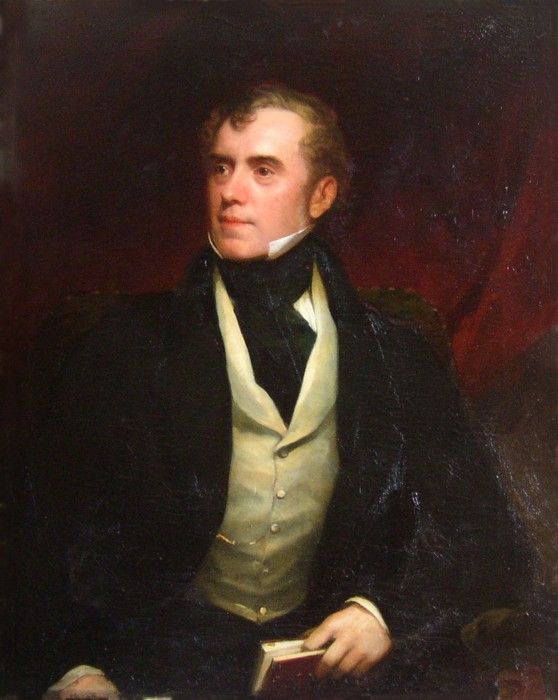 The Painter Thomas Phillips was born in Dudley, Warwickshire on the 18 October 1770.  He studied under the glass painter Francis Eginton and moved to London in 1790.  Phillips worked on the painted glass windows at St Georges Chapel, Windsor. He entered the Royal Academy Schools on 18 February 1791, and was elected ARA in 1804. In 1808 he was elected RA. He exhibited 340 paintings at the Royal Academy.  He exhibited history pictures at first and then concentrated on portraiture.  Among his sitters were the Prince of Wales, Lord Byron, Sir Joseph Banks, Sir Francis Chantrey, John Crabbe, William Blake, Sir Humphrey Davy, Michael Faraday, Lord Thurlow, and the Marchioness of Stafford.  His sitters' book is held at the National Portrait Gallery and presumably also lists James Stamford Caldwell.  Thomas became Professor of Painting at the RA in 1825.  He visited Rome and Florence.  Among his pupils were John Partridge, John William Wright and Thomas Griffiths Wainewright.  Some of his works may be seen at the National Portrait Gallery and many provincial galleries. They can also be seen at Petworth and Chatsworth.  His paintings were extensively engraved.