The above information was supplied to me by Sheila Howells who had researched this from many sources including the Crompton Papers in the Derby Local History Library.

The following is taken from a note titled "The Cromptons of Breightmet Genealogical and Biographical Notes", given to me by Judy Bradwell.  Authur not known?  The note reads as follows:

John (born 1611), Abraham James Crompton's younger son, after taking his MA degree at Emmanuel College, Cambridge, became lecturer [sic] at All Saints Derby where he won great respect by fulfilling almost unassisted all the duties of his office during a visitation of the plague which killed so many of the inhabitants that grass grew in the market place.  He escaped it and laid this "to the blessing of God on a plaister" applied to his stomach which was given him by a physician (so says Dr Calamy in his "Memorials of the Non Conformists" - ie of those 1700 ministers of the Church of England who were ejected from their livings on St Bartholomew's Day, 24 August 1662 on the passing of the Act of Uniformity.)

By this date John Crompton MA had been rector of Brailsford, a sequestered living near Derby.  While he gave the profits of Osmaston Chapel which belonged to his rectory (reckoned at £40 per year) to a preaching minister that he might attend wholly to his own cure.  He kept every Wednesday in the month as a fast at the church for most of the time King Charles was in exile when he was narrowly watched though not disturbed, by those in authority.  On the rising of Sir George Booth in Lancashire and Colonel White in Nottingham in order to bring about the King's restoration, John Crompton went with his neighbours, with such arms as they could get, to assist at Derby.  But the design failed and he and others suffered; five or six soldiers were quartered in his house.  At the restoration he was forced to give up his living though the former incumbent was dead and in spite of a certificate testifying to his loyalty signed by a good many ministers and by substantial inhabitants of Derby.  He then removed to Arnold, a small vicarage near Nottingham, but was soon dispossessed by the Act of Uniformity.  After the passing of the Five Mile Act, which made it illegal for nonconforming ministers to live within five miles of a corporate town, he removed to Mapperly in Derbyshire.  He was much respected and made himself very useful there and usually attended the parish church.

He died 9 January 1669 and was buried at Westhallow.  His funeral sermon was preached by Revd. John Horn, the Rector; and he when dying six weeks later desired to be buried in the same grave. 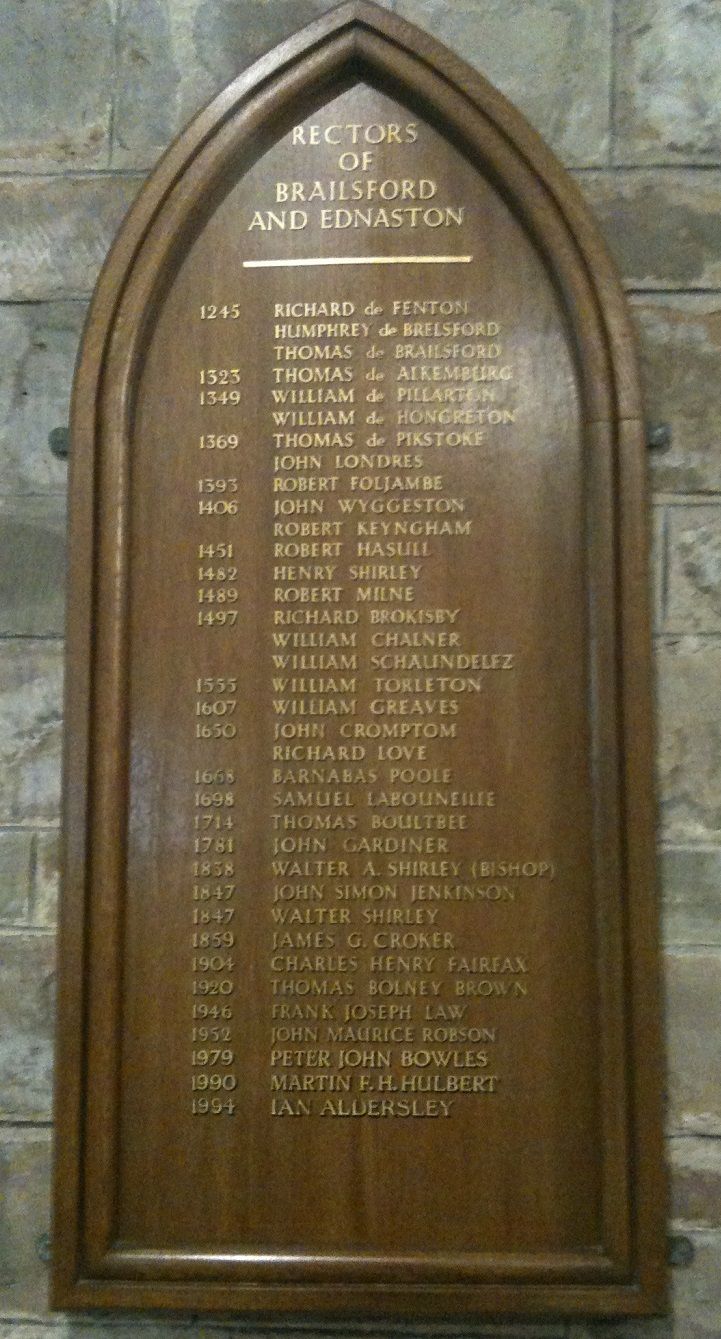