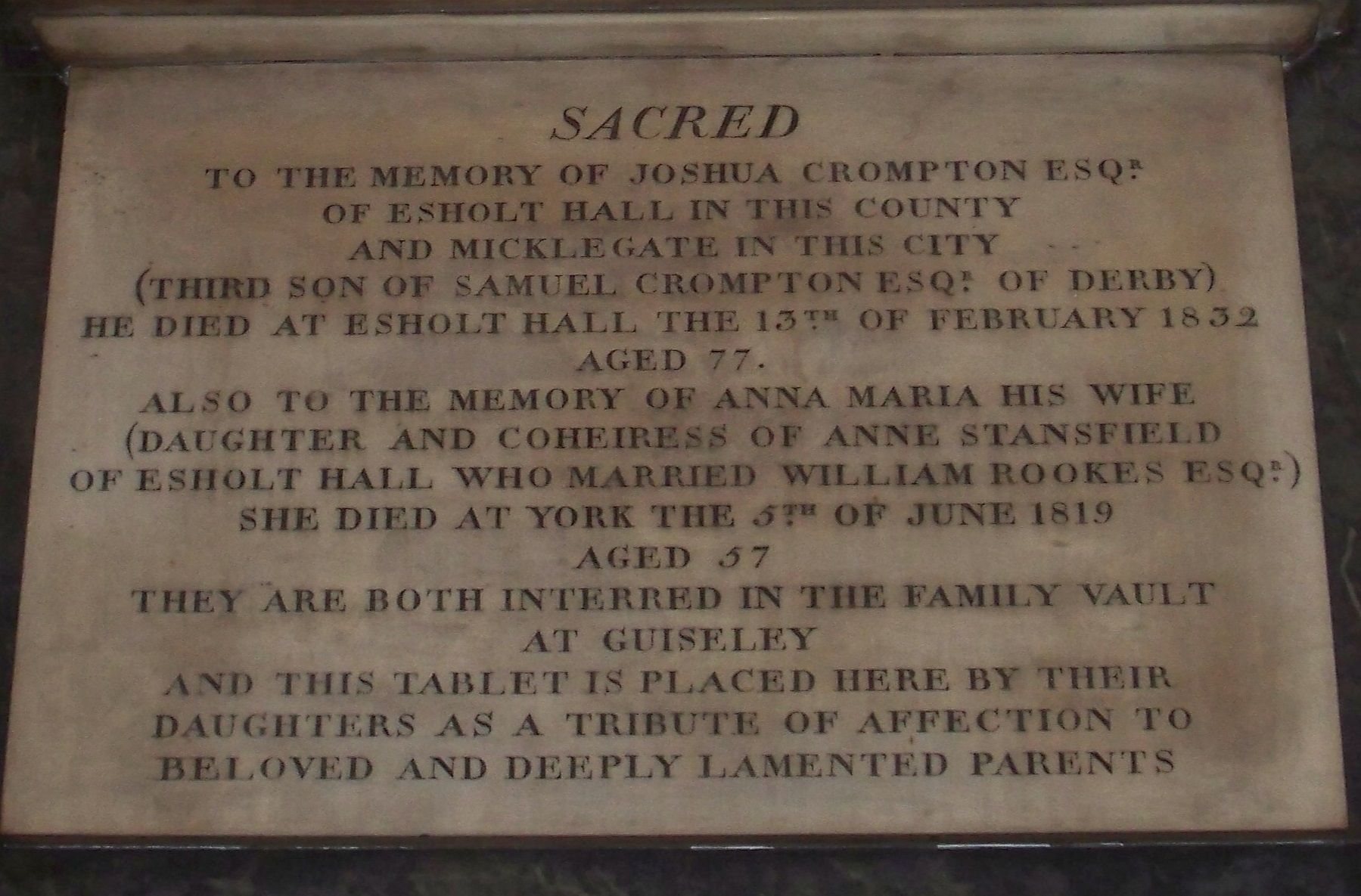 Crompton memorial in the Priory Church of the Holy Trinity, York

Joshua had three daughters.  What were their names?

We know about Joshua from his memorial in the Priory Church of the Holy Trinity, York.

The family memorial in the Priory Church of the Holy Trinity, reads as follows:

Sacred to the memory of Joshua Crompton Esz of Esholt Hall in this County [York] and Micklegate in this city. Third son of Samuel Crompton Esq of Derby.  He died at Esholt Hall the 13th of February 1832 aged 77.  Also to the memory of Anna Maria his wife (daughter and coheiress of Anne Stansfield of Esholt Hall who married William Rookes Esq).  She died at York the 5th of June 1819 aged 57.  They are both interred in the family vault at Guiseley and this table is placed here by their daughters as a tribute of affection to beloved and deeply lamented parents. 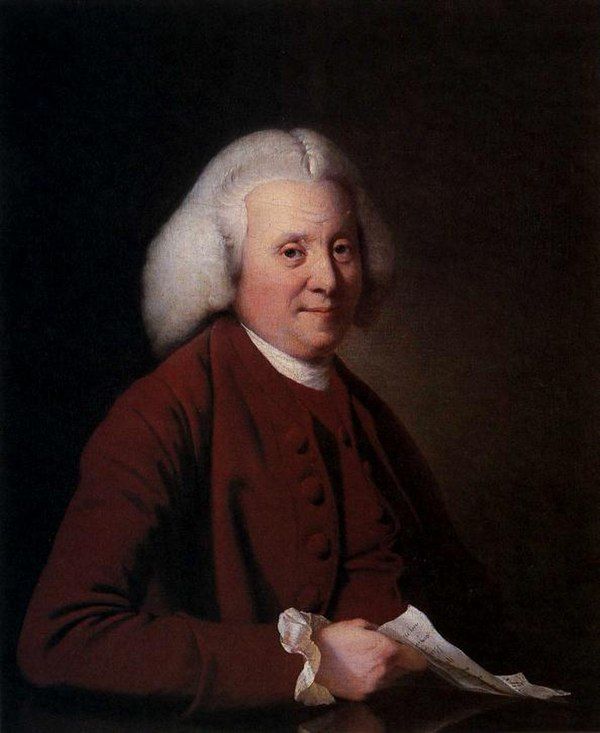 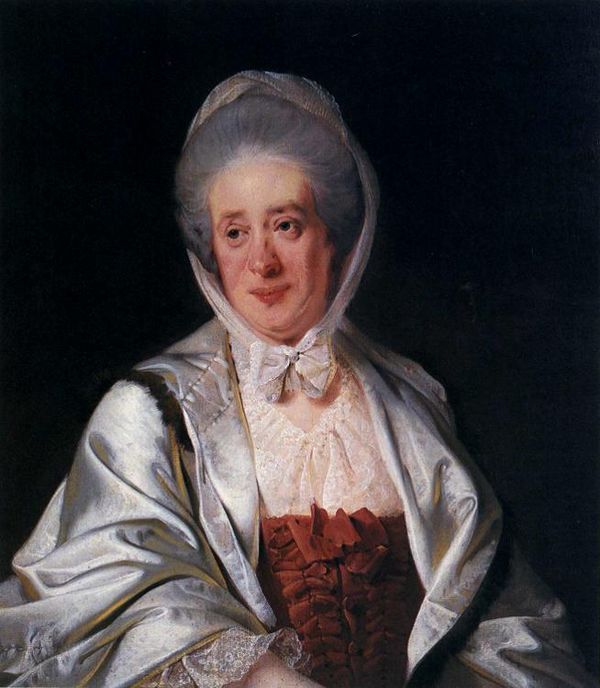