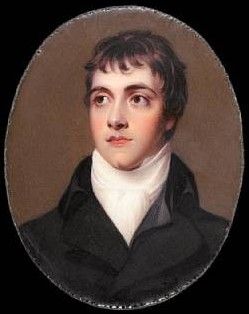 We know of the existence of James from:
1. A mention in the book, 'The History of Parliament, The House of Commons 1790-1820', Edited by RG Thorn, 1986.
2. His memorial stone inside the church of 'St Martin of Tours with St Stephens on the Downs', located in Epsom, Surrey.

His memorial inside the church of 'St Martin of Tours with St Stephens on the Downs', also has a memorial to his two sons.  These memorials read as follows:
Sacred to the memory of James Ramsey Cuthbert Esq of Grosvenor Square, London and of Ednam in the county of Roxburghshire, and of Hanworth Park in the county of Middlesex, eldest surviving son of Arthur Cuthbert Esq of Woodcote.  He died March 29th 1821, aged 45 years.  Also of Sophia wife of the above; who died at Pau. February 26th 1857, aged 80 years.
Sacred to the memory of Frederic John Cuthbert Esq eldest son of James Ramsay Cuthbert Esq and Sophia his wife.  He died July 4th 1850 aged 48 years.
In Memoriam James William Cuthbert, born December 8th 1805, died May 6th 1874.

James is listed in the Epsom Parish register as being buried 21 Jan 1821.  His address at the time being 10 Grosvenor Sq, London.  His age listed as 45.

A note in the family records that his wife Sophia was the daughter of Gen Smith but this could be a mix up with the name of his mother's natural father Gen Richard Smith ?

Cuthbert's father, described in 1788 as 'very rich', had gone out to India in 1754. After returning to England he entered into a mercantile partnership in London and purchased Woodcote Park, Epsom in 1777. Shortly before his death he bought Ednam, though neither he nor his son, then a minor placed under the care of his 'very rich' uncle Alexander Cuthbert of Eccles, resided there.  Although James Ramsay Cuthbert was alleged by his contemporaries to have spent much of his life in India, it seems unlikely that he spent more than his infancy there.  He was however an East India stockholder and maintained strong Indian connexions: his mother had been a sister-in-law of General Richard Smith and his wife was evidently a member of the same family. It was General Smith who sponsored him as a member of Brooks's Club, 5 June 1798. He was probably the 'Mr Cuthbert' who visited Lord Thanet while detained in the Tower in March 1800 and who visited Paris in 1802, where he frequented the salon of Germaine de Stael.

It is possible that he was the 'Mr Cuthbert', a business associate of John Simpson, who was a potential candidate at Grampound on Sir Christopher Hawkins's interest in 1800 when a vacancy was expected.  At any rate Cuthbert had 'fixed his heart upon coming into Parliament' by 1802, when his friend Richard Wilson II negotiated with Hawkins his return for Tregony, the terms being £4,000 for five years, minus £600 p.a. if he did not serve as long. This plan fell through with the defeat of Hawkins's candidates by those of Richard Barwell, but when Hawkins went on to open negotiations with Barwell for the disposal of his interest at Tregony on the basis of the return of the Members at Winchelsea, Wilson appealed to Hawkins to seat his disappointed client, who had been at some expense, for the latter place, throwing in an extra £500 as bait. Wilson at first alleged to Hawkins that Cuthbert had an opening at Winchelsea anyway, as he knew that Robert Ladbroke, one of the Members returned, had a double return and had offered the seat to the Prince of Wales, who at Wilson's request would offer it to Cuthbert. Whatever the truth of this, it did not materialize, for Wilson, after threatening to poach another seat in Cornwall for his client, proposed the terms previously mentioned to Hawkins. The negotiation fell through.

In April 1803 Cuthbert was at the bottom of the poll at the Ilchester by-election. This time he stood with Charles Brooke [possibly related to the husband of James' sister Sarah] on the former interest of Alexander Davison, the naval contractor and borough jobber. It is doubtless significant that 'Cuthbert, Brooke and Cuthbert' were at this time established as merchants at 52 Mark Lane, London. In 1806 Cuthbert was again defeated when he stood with another Whig, Thomas Brand, at Shaftesbury on the interest of John Calcraft.

It was his friend Lord Thanet who finally secured Cuthbert's return, for Appleby in 1807 (Thanet's Family History Page 2). Thanet's Member John Courtenay being 'very poor, and tired of Parliament', Thanet' gave him leave to dispose of a seat for that borough', which he did to Cuthbert for £4,000.  In his one Parliament Cuthbert proved not only a staunch voter with opposition on all major issues (no speech is known) but attached himself to the radical wing under Burdett. He supported the latter's motions on the droits of Admiralty, 11 Feb. 1808, and parliamentary reform, 15 June 1809 (objecting to Curwen's three days before) as well as Brand's on 21 May 1810. On 12 Mar. 1810 he supported Burdett's motion in favour of the radical John Gale Jones and on 5 Apr. he voted against Burdett's committal to the Tower; while on 7 Jan. 1812, when Burdett forestalled the mover of the address at the opening of the session. Cuthbert was the only Member to vote in sympathy with him.  He also voted for Folkestone's motions on abuses, 17 Apr. 1809 (according to the Speaker), and on ex officioinformations for libel, 28 Mar. 1811. He frequently voted for sinecure reform and was in the minority on Irish questions, including Catholic relief, 24 Apr. 1812. He was listed a 'thick and thin' supporter by the Whigs in 1810 but could not be rallied to an extra-parliamentary meeting to promote constitutional reform in 1811. On 21 May 1812 he was in the majority for a stronger administration. It does not appear, however, that he sought re-election that year.

In 1814 Cuthbert was a member of Thanet's gambling set at Paris and was reported, like Thanet, to have'dissipated the whole of his fortune' at table, though he also frequented the Salon des Etrangers and the Cafe Tortoni. He left Paris on 18 Mar. 1815 and in May: 1818 returned from another stay there. His friends included Lord Byron and John Cam Hobhouse (whose politics he endorsed).  When the latter was imprisoned in March 1820, he sent his sympathies and wrote: 'I tremble for Burdett. They cannot sleep for their eagerness for the arrival of the day they feel sure of convicting him. The debates in Parliament make one's blood run cold.'

He died at Paris, 29 Mar. 1821. His will, dated 8 Sept. 1820, does not plead poverty, for he left his children £16,000 each at their majority. His eldest son Frederick John Cuthbert seems however to have disposed of part of the estate, the manor of Hanworth, Middlesex. 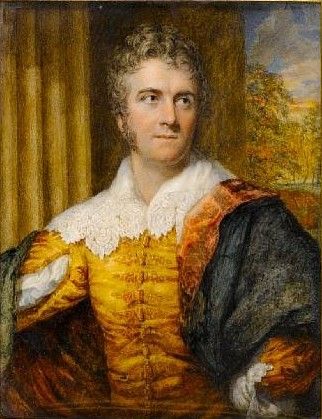 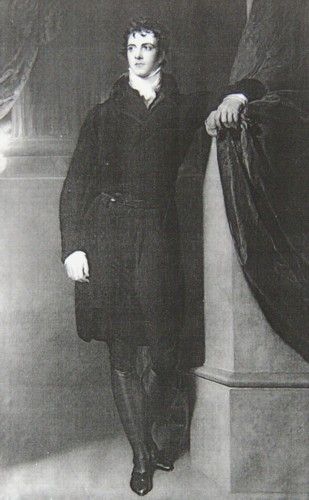 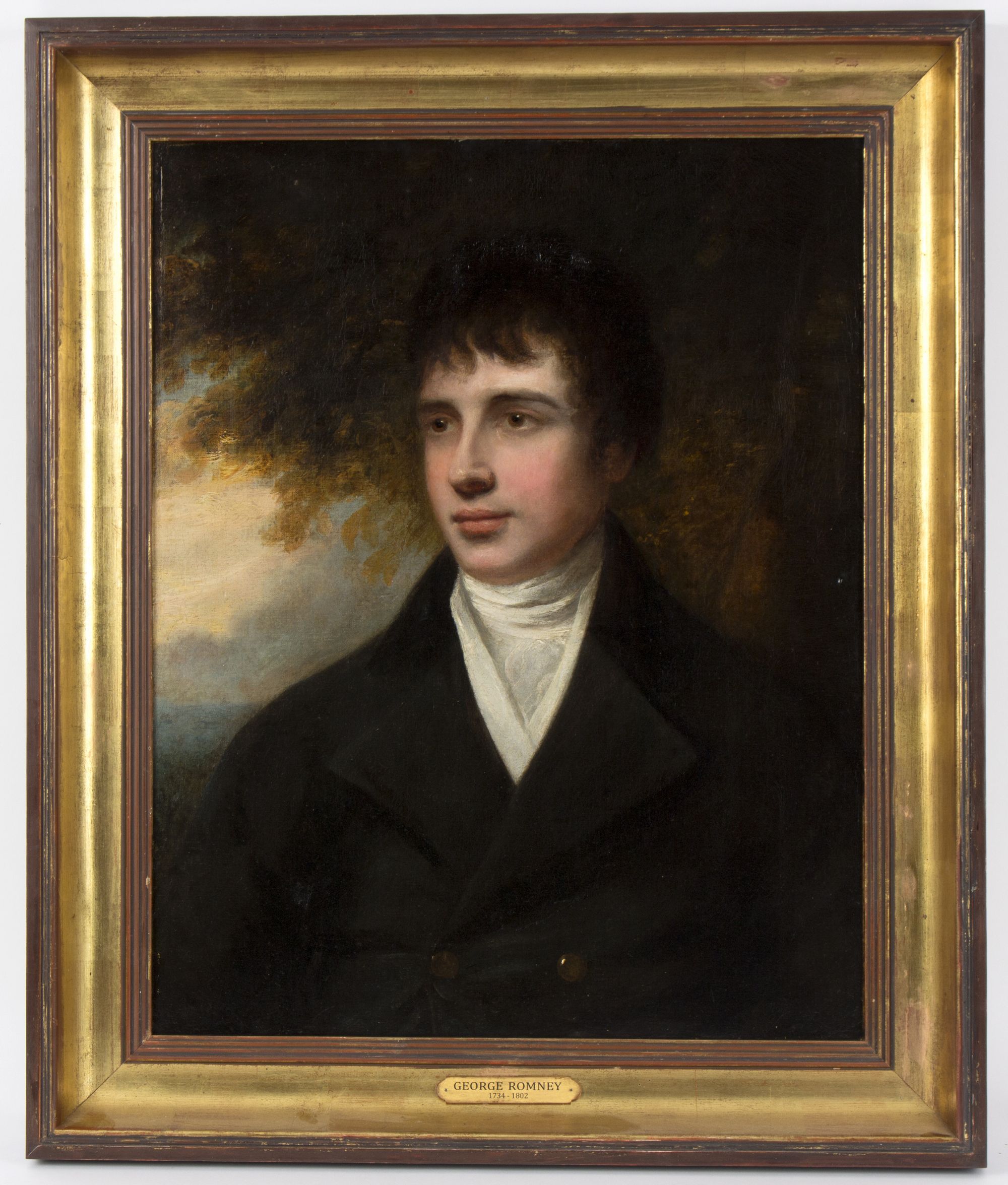 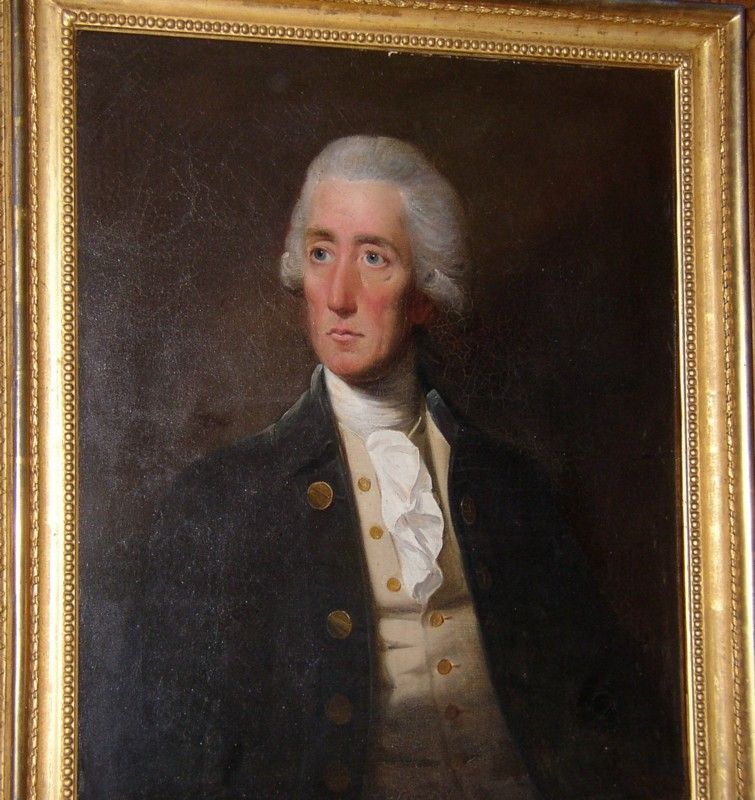 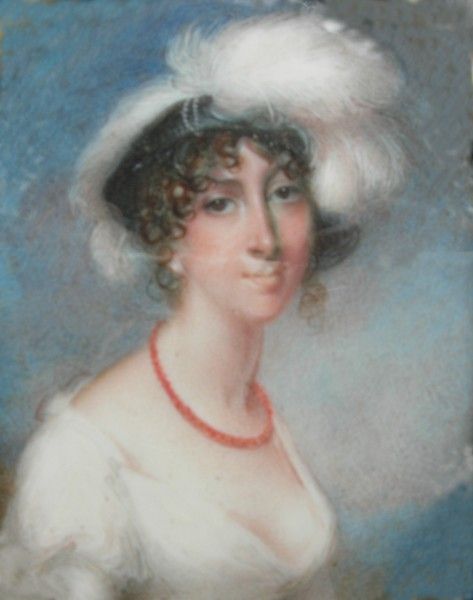 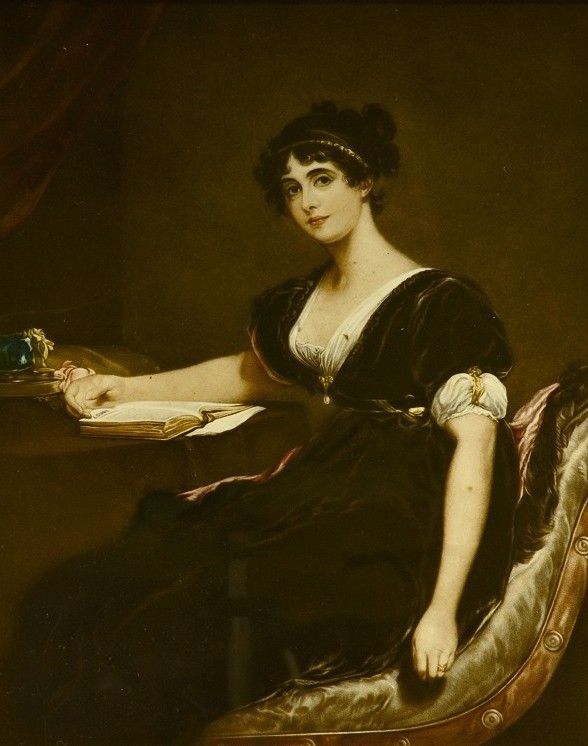 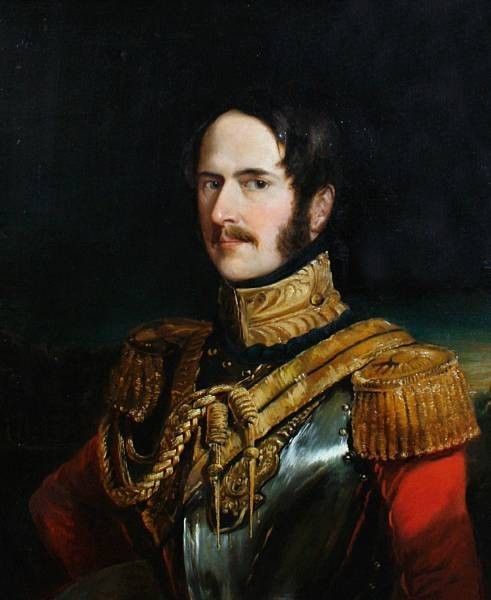 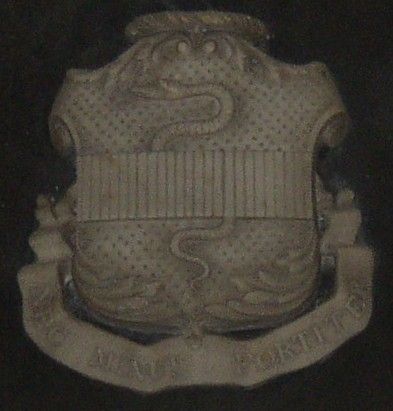 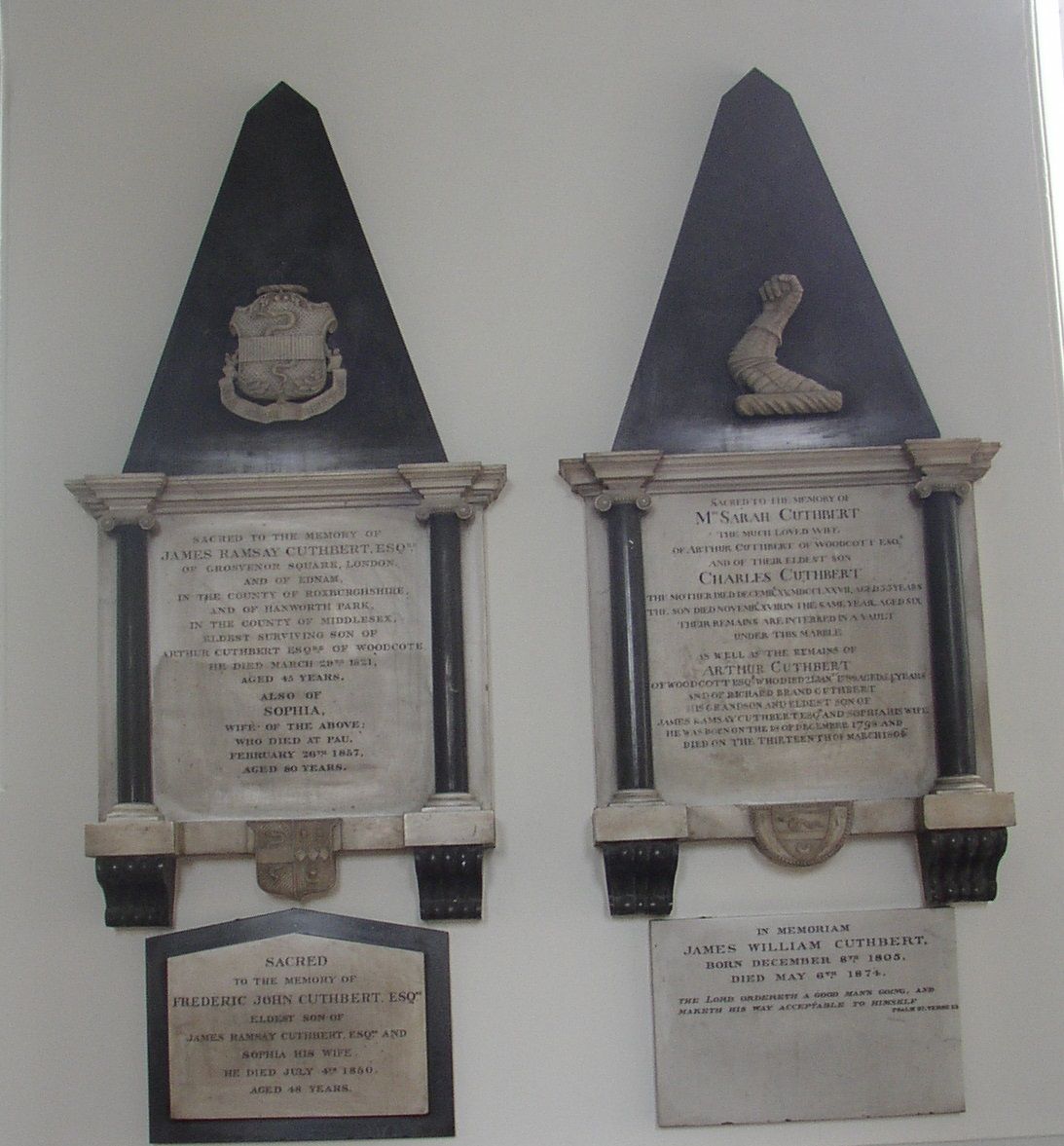 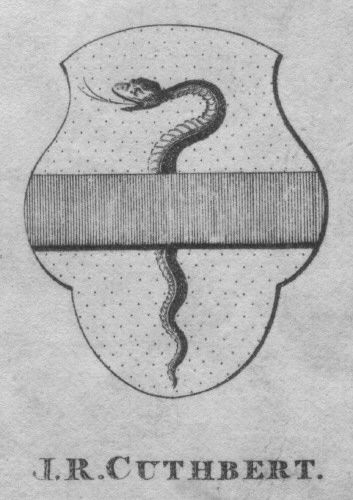 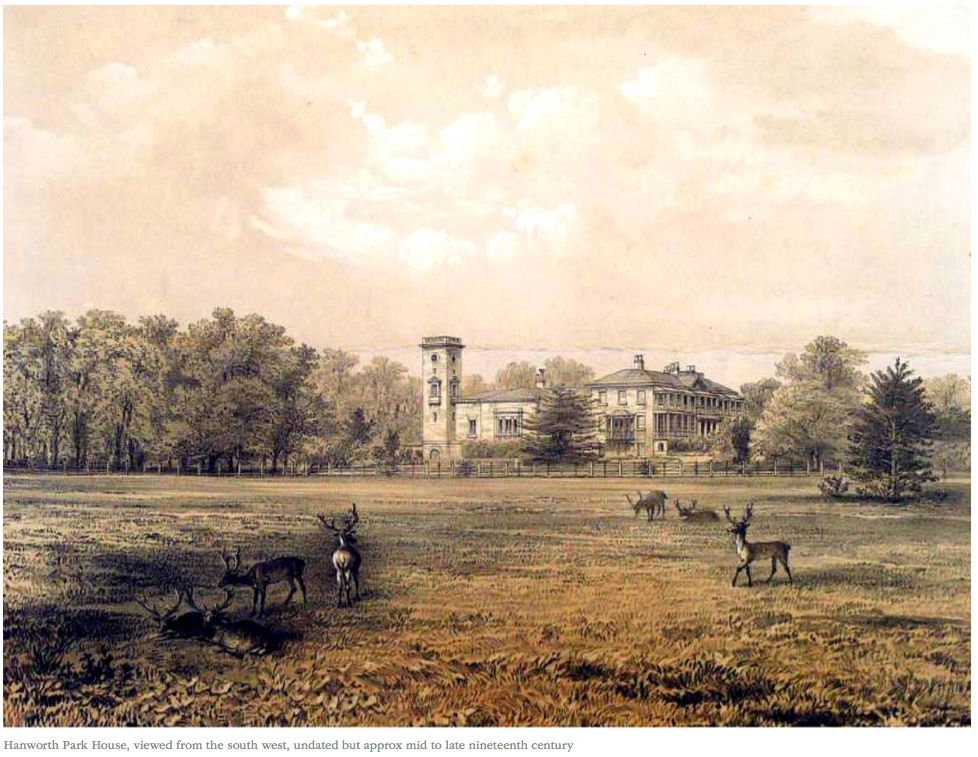