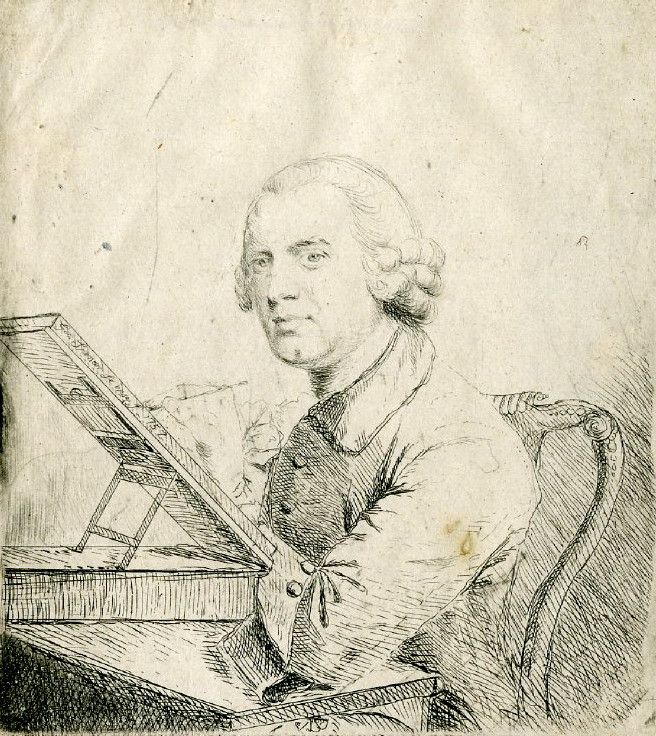 Drawn after a picture by Joshua Reynolds

Original in the British Museum www.britishmuseum.org

Joshua Reynolds painted Spencer at work at his desk around 1750.  This portrait was in the sale of Spencer's effects in 1797 and was acquired by Edridge but is now lost. This etching by Spencer is a miniature copy of Reynolds's oil. Spencer also etched the composition at least twice, changing the composition and adding sketches of other figures below in a series of proofs. Some are inscribed along the right margin 'Ger Spencer sc ipse fecit 1753' while others are inscribed along the edge of the box lid 'Ger Spencer sc ipse f 1757'. The lettered version confirms Reynolds pinxt but mistakenly names the sitter as 'George' Spencer and a companion print of his wife is also dated 1757.

Return to notes on Gervase Spencer.