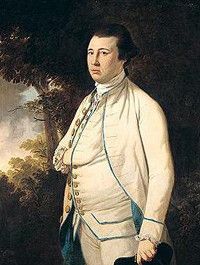 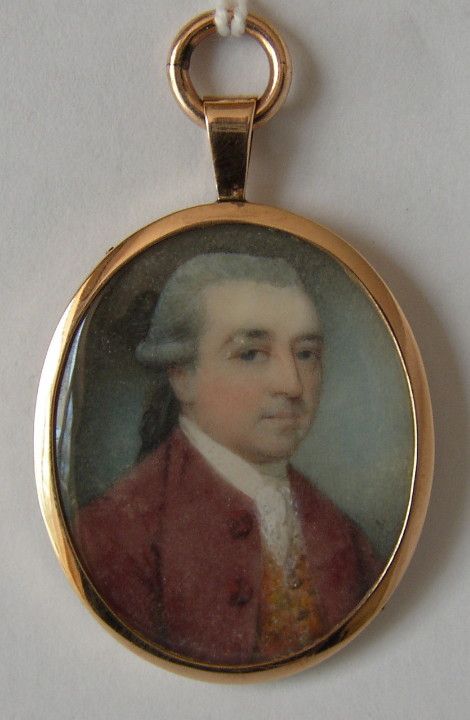 We know of John from the following sources:
1. The book; History of Parliament, The House of Commons, 1754-1790, by Sir Lewis Namier & John Brooke.  Published 1964.
2. His two miniature portraits by the artists James Nixon and Tilly Kettle and the portraits of his relatives.  Christies Auction Catalogue, Kinross House, 30 March 2011.
3. The portrait of his son John painted by Tilly Kettle.  Christies Auction Catalogue, 18 April 1996.
4. A note in the 'Book of the Graemes and Grahams' by Louisa Grace Graeme.
5. The Graham family website (http://www.inchbrakie.com ).

John Graham went to India in 1759 on the Calcutta.  He worked for the East India Company.  John married Mary Shewin [Shewen] on August 8, 1762.  He was Secretary to the Council.  Resident at Midnapore, 1765.  Superintendent of the Khalsa, August, 1773.  Chief at Patna, January, 1772. President of the Board of Customs, 1773.  Concerned in the trial of Nuncomar for conpiracy.  John was a close associate of Warren Hastings.

John's elder half brother George initially went to Jamaica where he worked as a planter.  After this, in 1770, he also went to India (helped by his uncle Sir William Mayne) and joined his younger half brothers John and Thomas.  They all appear to have made lots of money.  On his return to England George worked as a merchant in London and later in 1777 he bought Kinross house in Scotland.  George had an illegitimate son James Graham but James did not inheriet Kinross House.  Instead it passed to John's brother Thomas Graham.  After Thomas's death in 1819 the estate passed to his daughter Helen who had married Sir James Montgomery.

From the 'Book of the Graemes and Grahams' by Louisa Grace Graeme:

John Graham, first of Yatton, born 1741, a Member of the Supreme Council of Bengal, who went to India and was elected to that important post while quite a young man.  He married Mary , daughter of William Shewen of Thistleboon, near Swansea, by his wife a daughter of Ph. Williams of Duffryn; suffering from the Indian climate John Graham returned from India, and died at the early age of thirty-five in sight of Majorca on a voyage from Marseilles to Lisbon for the benefit of his health.  His body was conveyed to London and buried in St Peter le Poer in 1775; his wife died in 1798 at sixty-one; they had four sons and two daughters; the elder, Mary Helen, was educated by her relations, Lord and Lady Newhaven; she grew into a very beautiful woman, her portrait painted by Sir Joshua Reynolds is at Cossington.  Miss Graham had the honour to be chosen as the governess to the Princess Charlotte of Wales, daughter of King George III. (and heir to the Crown of Great Britain and Ireland), during which appointment she married Sir H. W. Dashwood of Kirklington, Baronet and M.P. for Woodstock; Lady Dashwood died in 1796, leaving issue who hold that baronetcy.  The only information I have obtained of her sister is the following notice of her marriage in the Scots Magazine: 1794, Nov. 16th, at St Margaret's Church, Westminster, William March, Esq., of Knightsbridge, to Miss Graham of Epsom, daughter of the late John Graham, Esq., member of the Council of Bengal, and niece to George Graham, Esq., of Kinross, M.P.

At the wedding of John's daughter Frances to William Marsh in 1794, George Marsh records in his diary that Frances' mother and three brothers also attended. 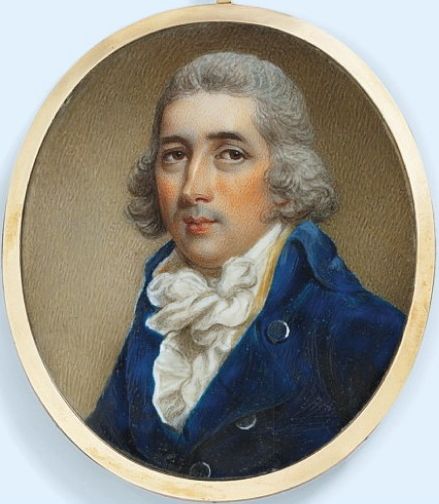