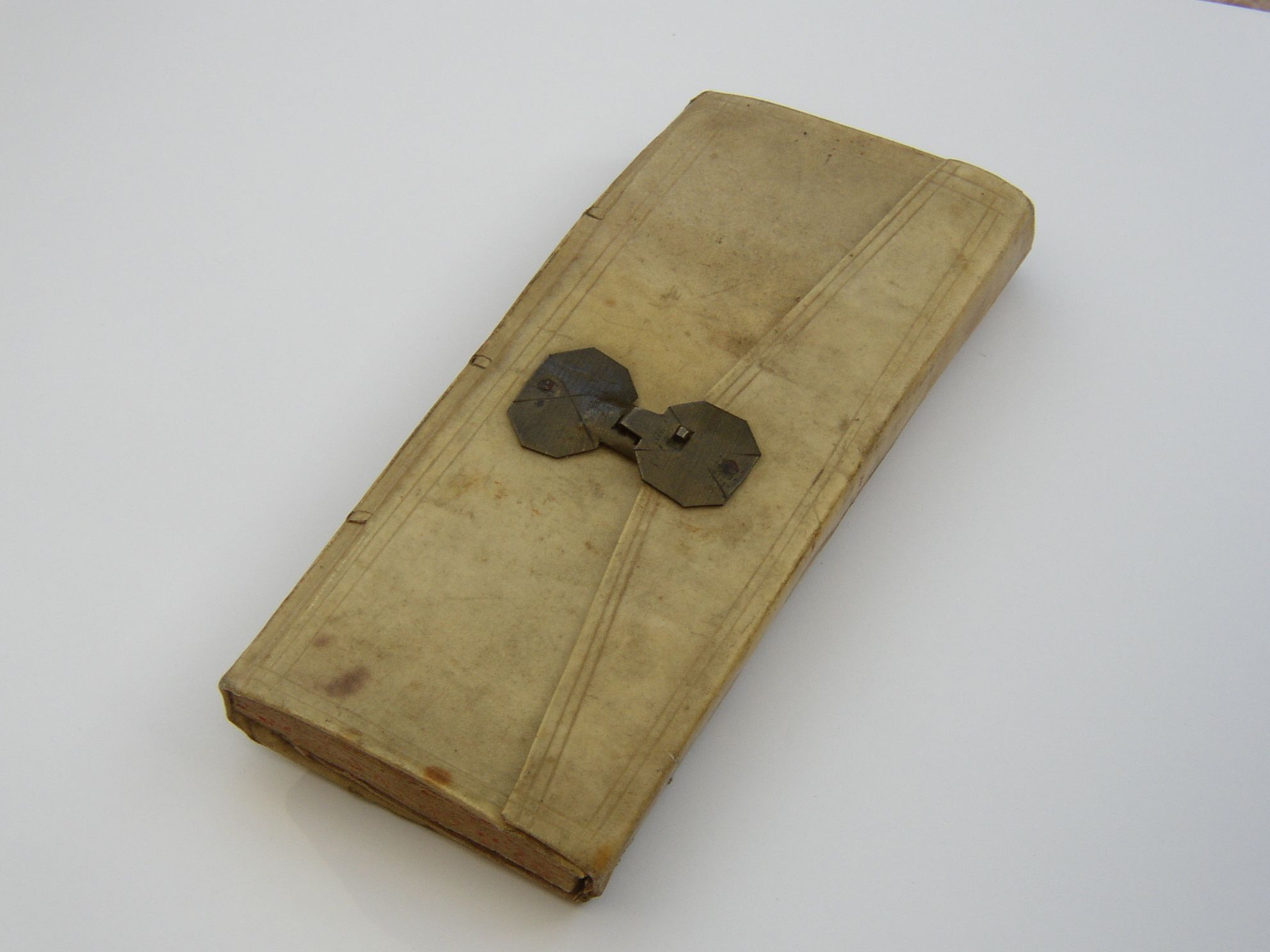 My knowledge of Elizabeth comes from:
1. Information supplied to me by Sheila Howells who has researched this from many sources including the Crompton Papers in the Derby Local History Library.
2. A 1747 Almanack owned by Hannah Stamford (nee Crompton, 1720-1788).
3. An entry in the Linley Wood list of 1925 stating that a pair of large portraits of Mrs & Mrs Hacker were hanging at Linley Wood in 1925.
4. A notebook of dates written by Elizabeth (see below).
5. A letter to Elizabeth from her brother Abraham.

I received you kind letter by sister and one since with ye account of ye Rebels proceedings at Derby which I thank you for. I was very glad to hear you bore up so well under your hurrys. It’s a great mercy so many of our relations and friends returned in so much safety, after being driven from our habitations. I went into York [shr?] and took ye opportunity to see friends and relations when at Doncaster . I did not think Cousin Coape and Cousin Hacker was so near as Rotheram. I went to Gainsborough, ye road lay through [Missin?} where cousin Catherine was born and I recollected ye name Whitaker, her relations names and called of them. They were very glad to see me, a great many people came out of their houses, they were so afraid of ye rebels. As I wondered at ye Minister they told me couldn’t preach ye day before. Cousin Crompton’s family was well. I went up to Leeds where I found them well and Cousin Molt in a very fine composed frame, not much disturbed. Mr Makant was with me, we went up to York and happened to be recommended to a large inn but we did not know it was a disaffected house. Sabath day I had a desire to hear ye Bishop though he wouldn’t preach because he was in ye City ye night before but he did not come ye next day. We was in ye Minster and in Service was fetcht out by ye Blues and taken before ye Lord Mayor and a Steward to ye Dean. A friend of ours came and informed them of us and we was released.

Please to turn over.

On ye Fast day I was at Stockport. Mr Hardy, ye Minister there preached. He then had a cold but it was on ye mending hand. Ye rebels had taken him near Leek and run him to Derby and back to Manchester through thick and thin, where he was released. Deborah[?]  was at ye Chappol at Stockport. She lives about a mile of Stockport in ye road to Chester. Ye Rebells were round about them in sight of them, within a quarter of a mile of them. They was wonderfully preserved from them. She lives in a very pleasant place, has a pleasant being there. Her husband is very loving and quiet, not doubt but she carrys well to him for I take her to be very considerate and prudent. She had a very dangerous time with she lay in 4th child was dead. She had Dr White and another. She desired when I wrote to you to give her humble service to you and ye rest of your family. I came home on Friday after ye Fast and found General Oglethorpe’s Lady and servant. The General was here and a Indian King with him. He sent for his Lady hither. She went to Preston , didn’t like there and came again. She was here about a fortnight, a week after I came home and then went into the North. She had a man cook with her. The Rebells, part of them, they were march ye South, came through this town road to ye Cross, pulled out a paper and read a many of our names and then came and searcht our houses for arms and asked where I was. They had heard of me, they wanted four or five thousand pounds of me towards bearing Charge of their Prince’s Army. What I was gone into York [City?] asked in their return from Derby whether I was akin to him of ye name in Derby .

One of the heads of them sat on horseback att our door, made a speech and said they were come to mend ye times and they would or they would all die. The Church should be as it was, and so should ye protestant dissenters be ever ye same. One of them told me they heard ye speech, I askt him exactly, when they returned a party came in after nine at night with torches flaming and affrighted ye inhabitants very much. A many great persons lodged here, they sent a file [of?] soldiers, they had ye Tune Let ye King have his own again, they said what if you should be hanged for playing a tune. They had dancing to ye music. They bid Paul set candles in all ye windows, after a while one said its late, lets got to bed. Paul was glad to hear ye saying. They made our people buy them coffee, tea, brandy, rum &c. The night after ye Shabrage came in. Nine was billotted but near 100 came, it was ye Guard House. Paul said he fetcht them in hay almost as soft as heath, and they lay upon the floor and had great fires. They eat a great deale and drank us almost dry. They loved boyld milk in ye morning. They quit Paul and another one their Oath that we had no more than one horse &c. Three mean men went out of this town with them. Ye Great ones that holds a correspondence with France and encouraged their coming durst not go with them with ye did come but sent little ones. It’s a mercy they did no more mischief amongst us for they have been very rough in some places. Some of our neighbours happily about 1½ or 2 years ago went into ye Highlands under pretence of buying wood and got none but settled a correspondence there and could write to their friends there anytime. I design to speak to Brother, I believe ye money sent was what left of yours. I am afraid a many of ye Rebels will get of their so cunning. Duke William and others are hotly pursuing them. Our Papist holds a correspondence and or other were continually go to France and a little before ye Rebells priests swarm here abouts. They are like bats now, they are crept into their holes.

It is time now to conclude for I shall tire you. These with my kind respect and services to yourself Cousin Coape and Cousin Hanah are from your loving brother

Please to give my respects and services to relations and friends where you think proper. 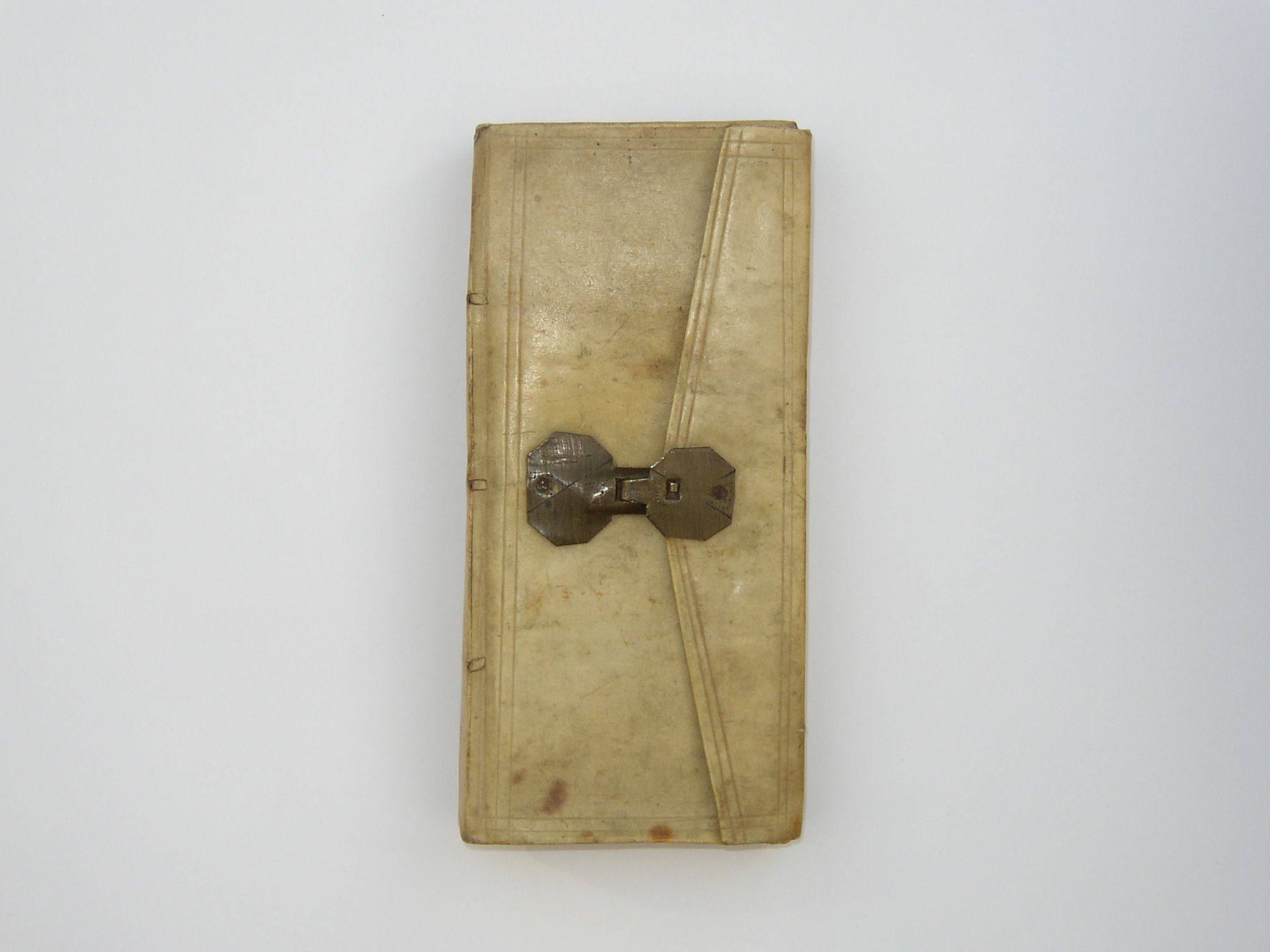 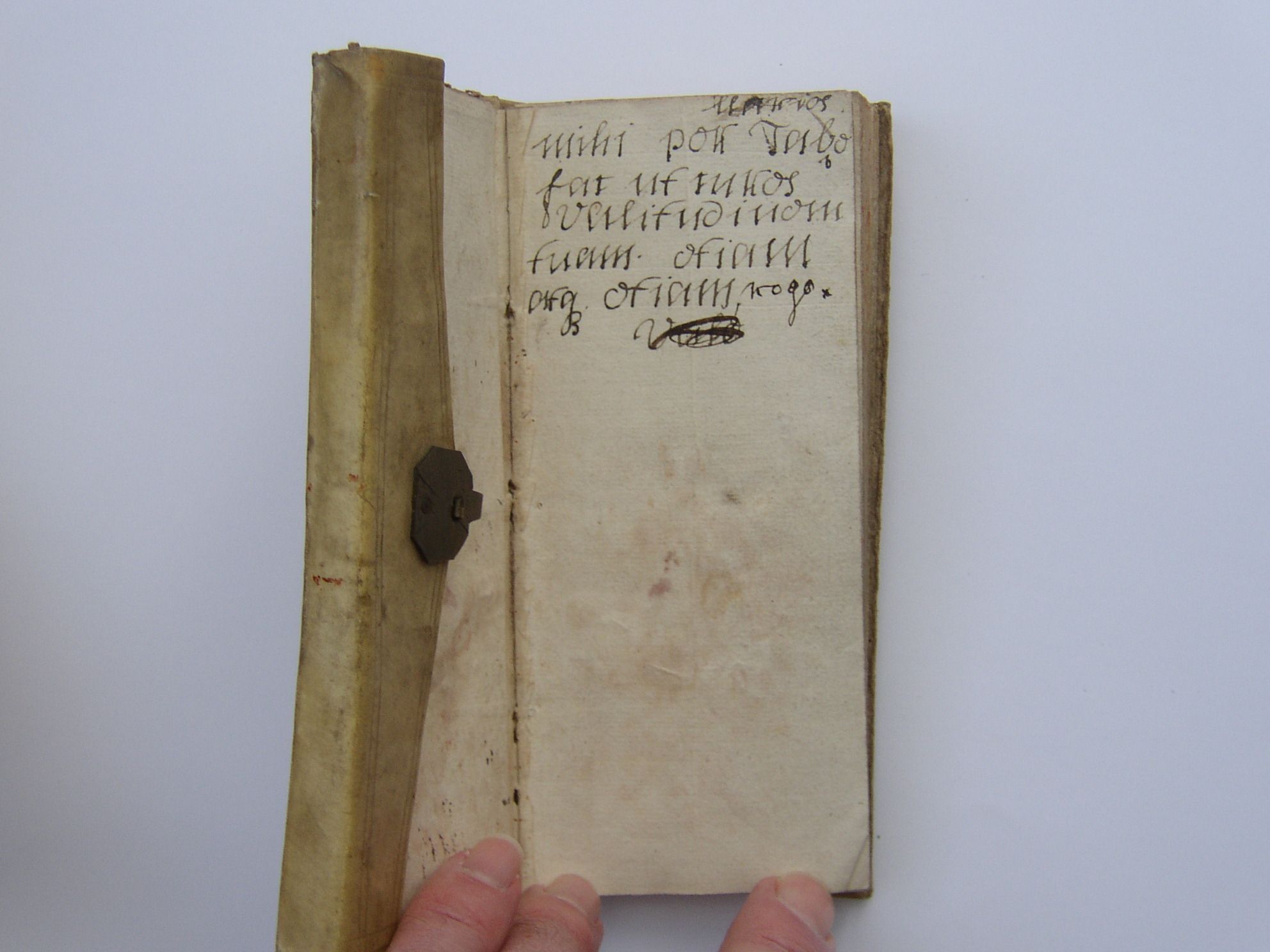 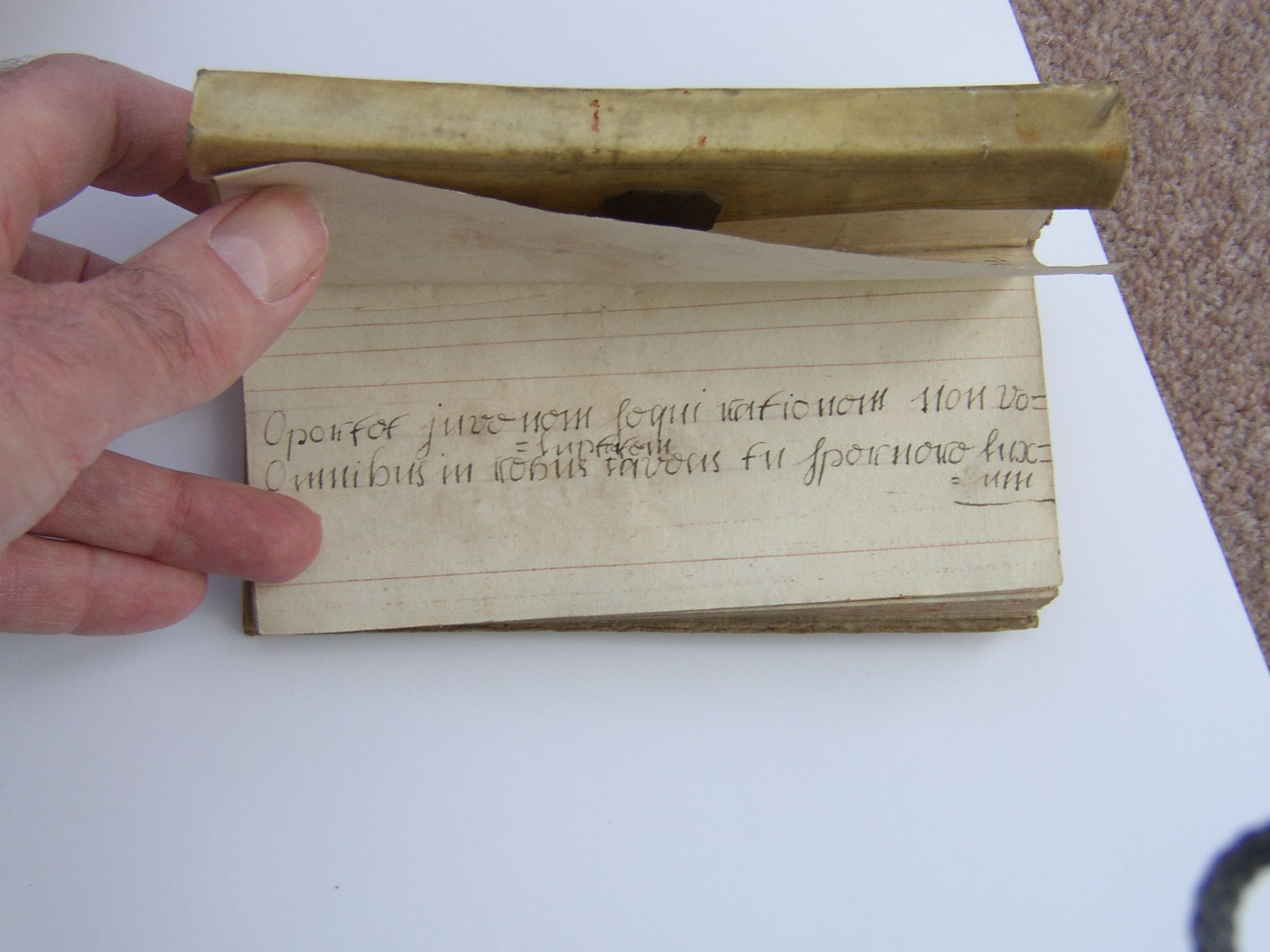 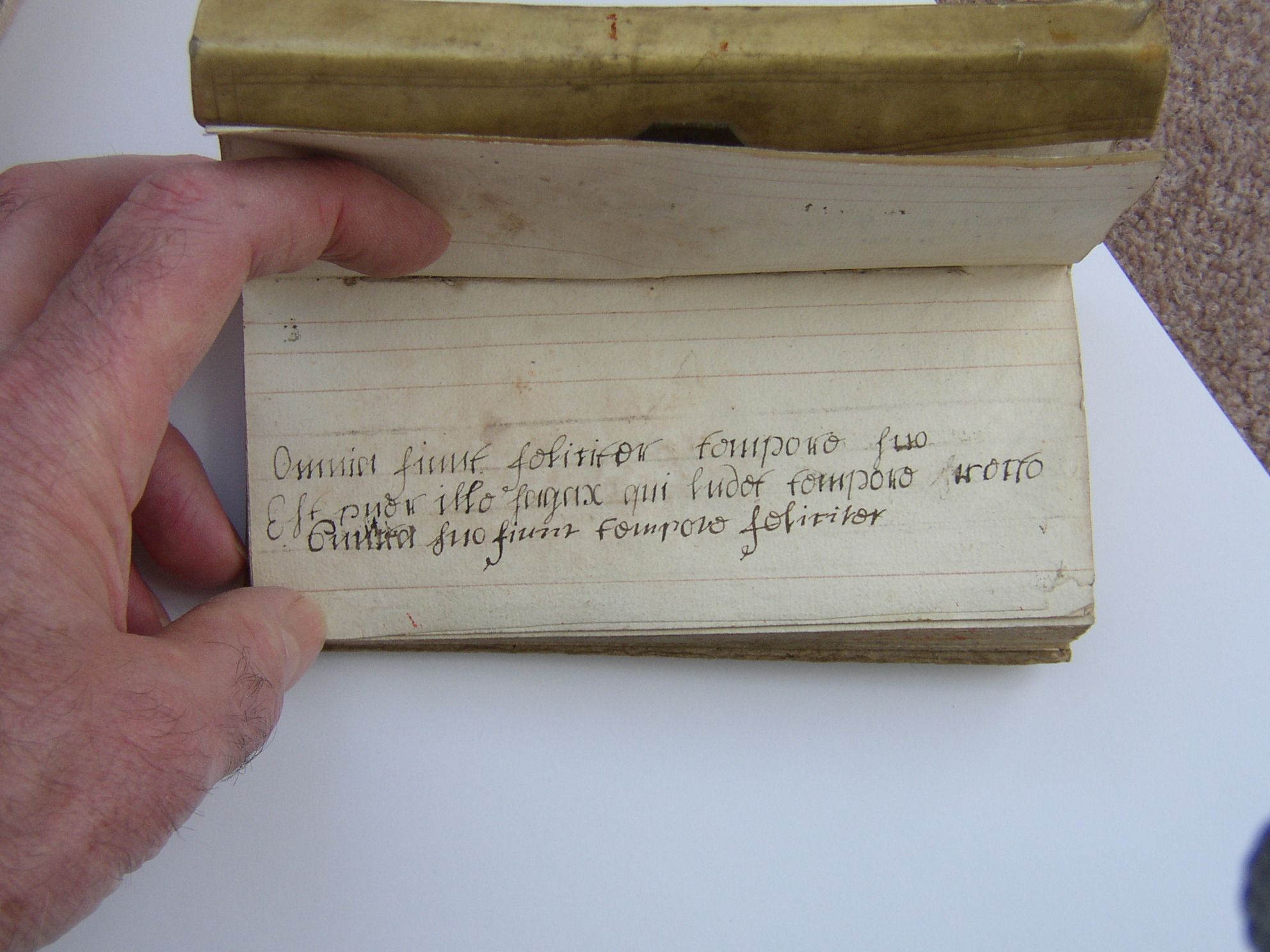 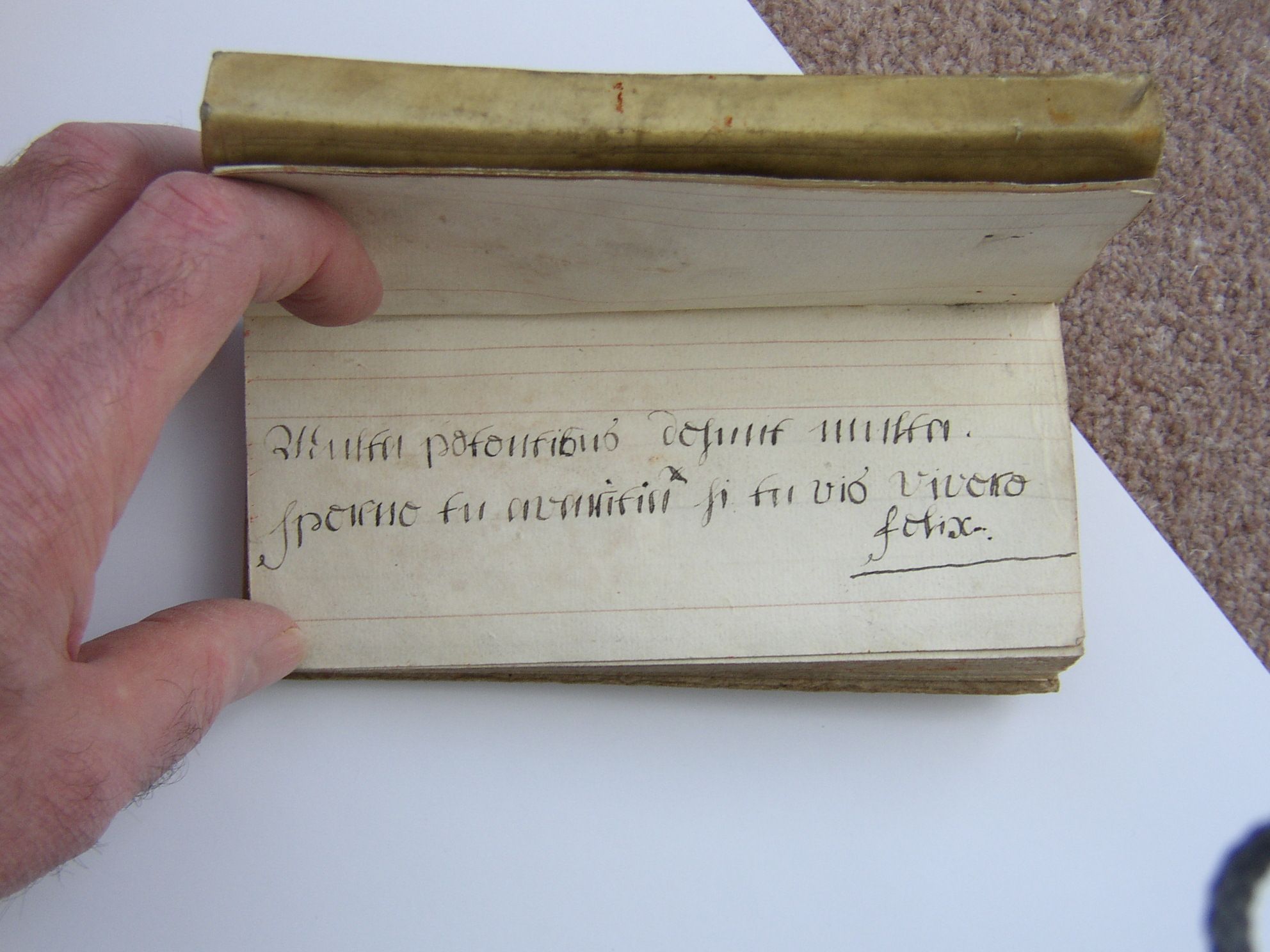 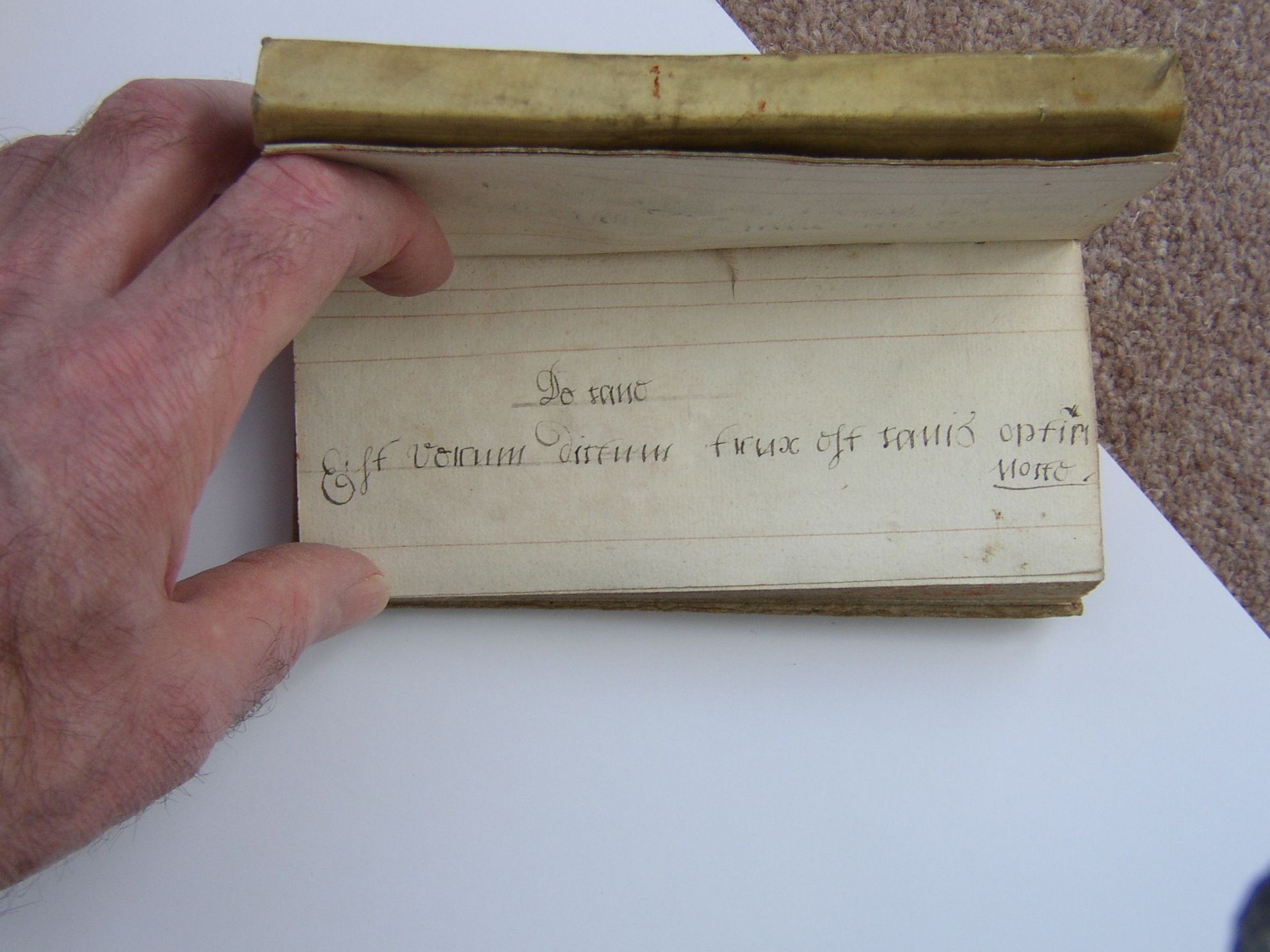 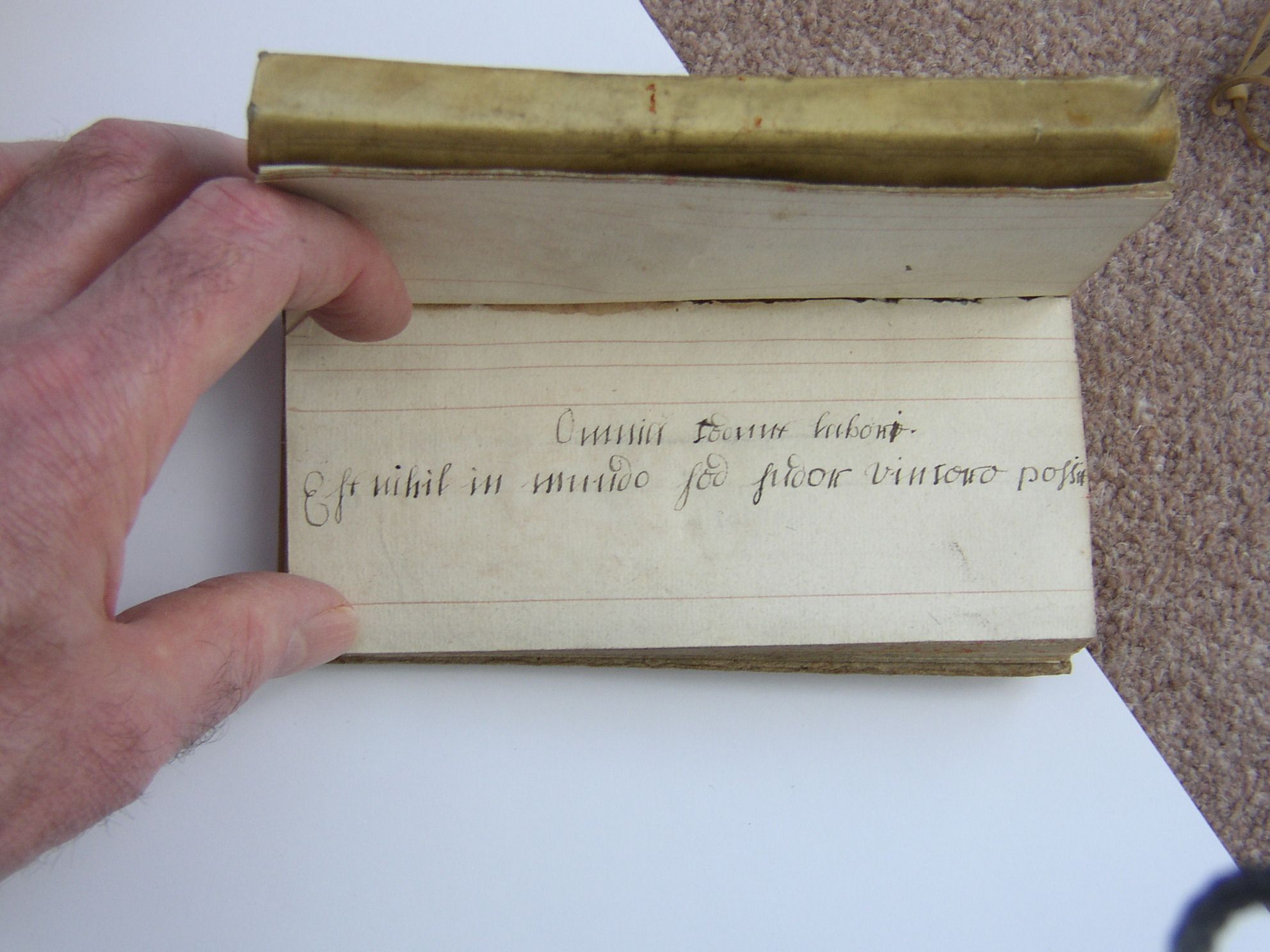 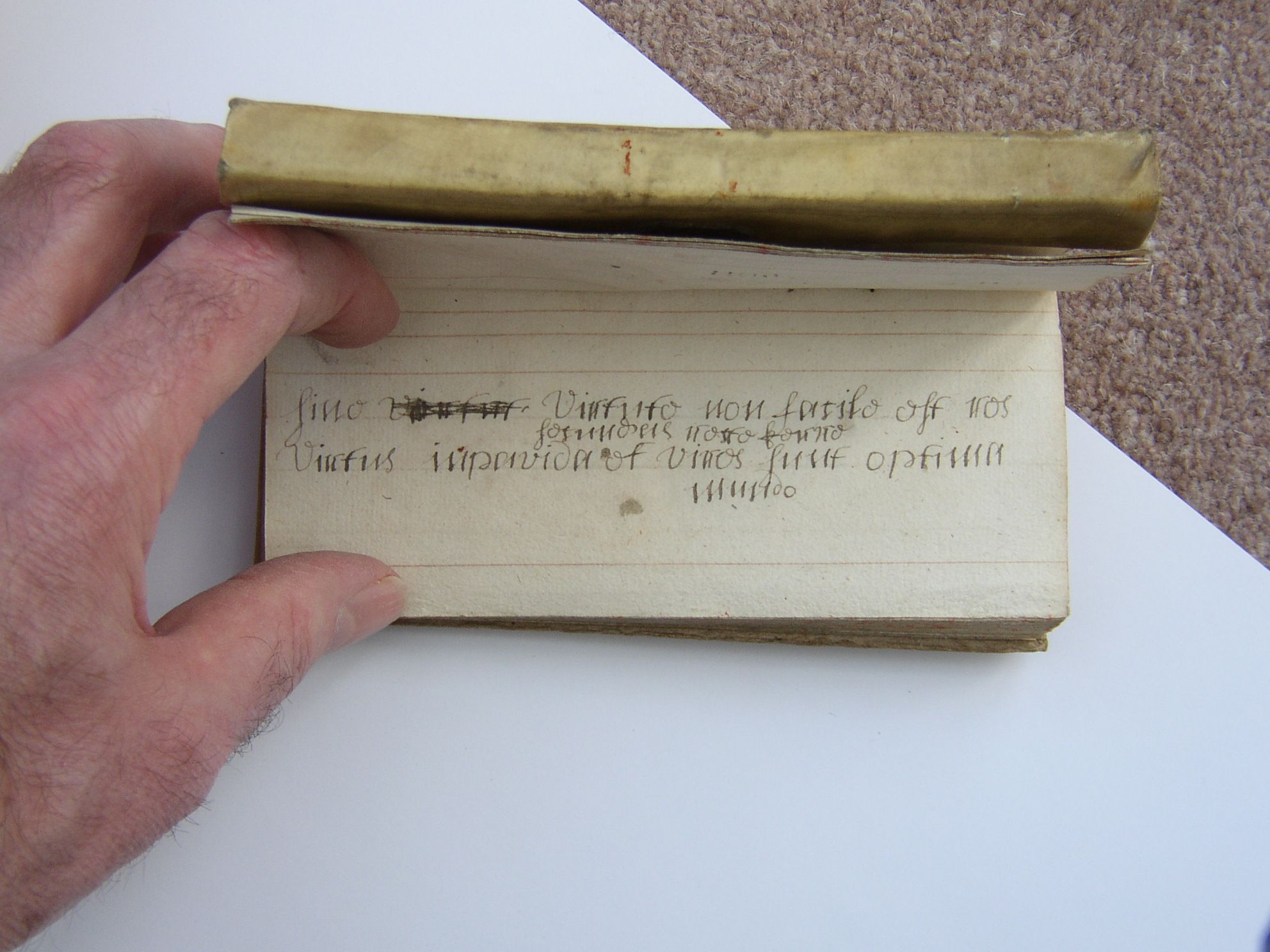 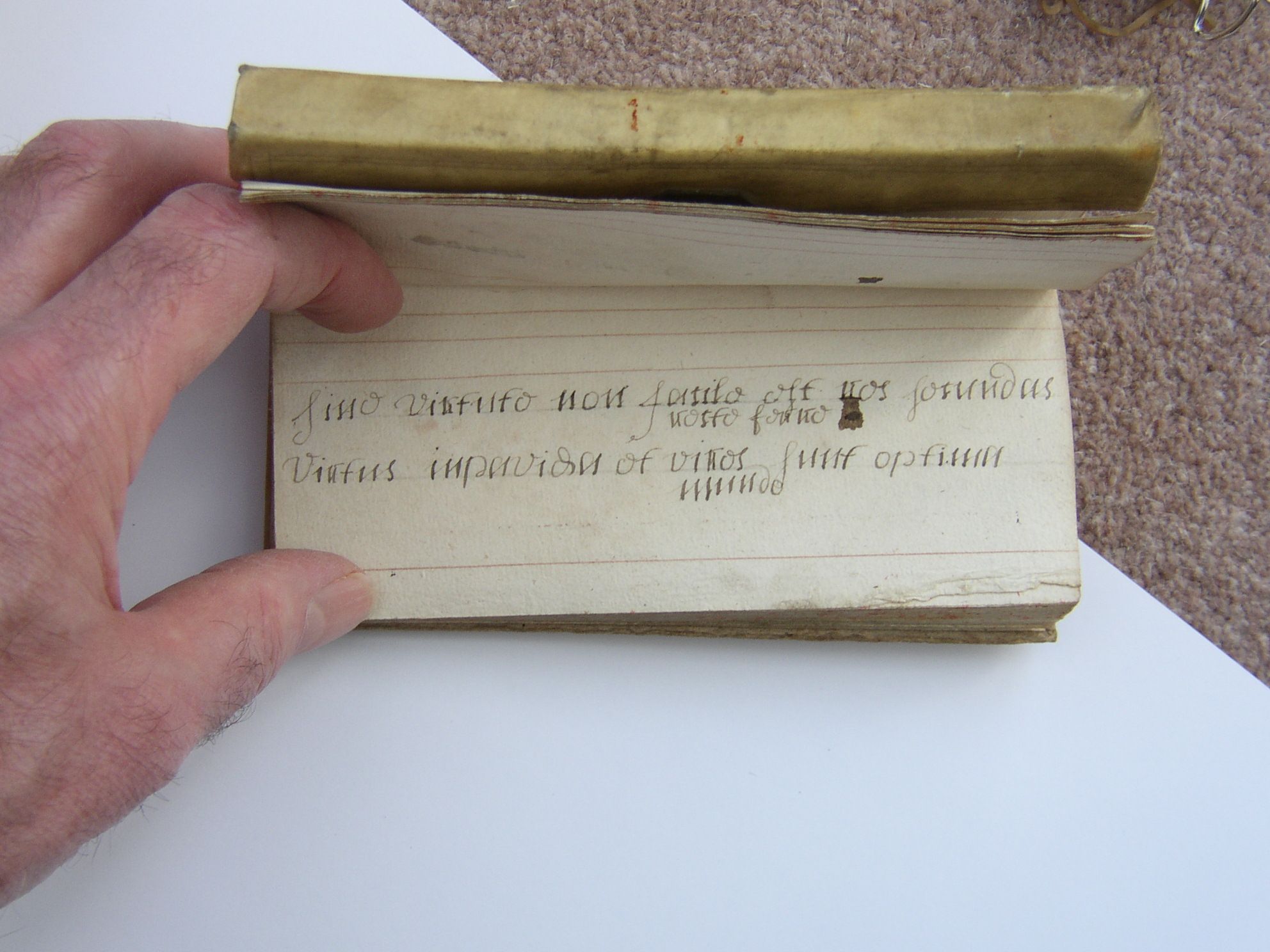 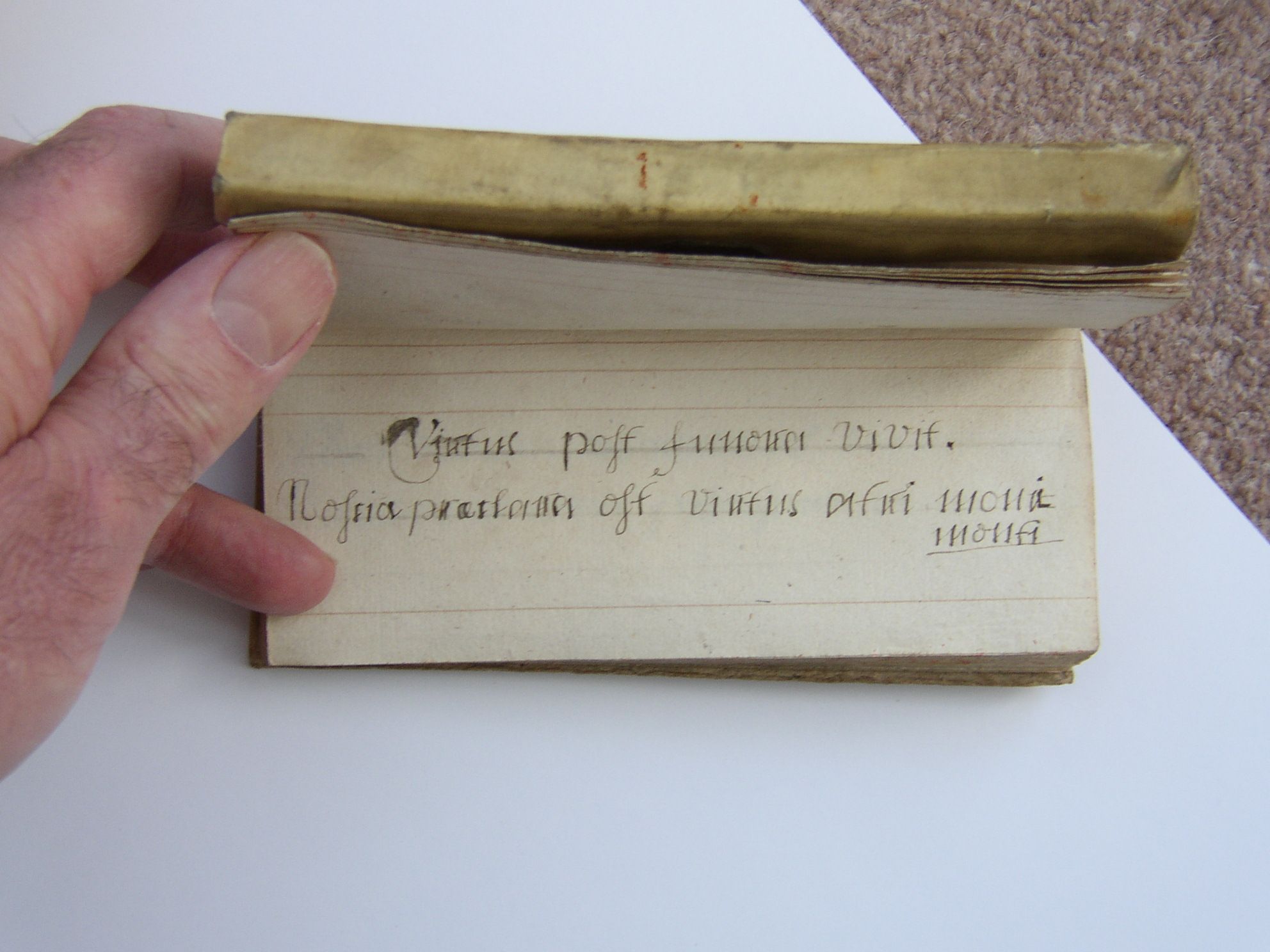 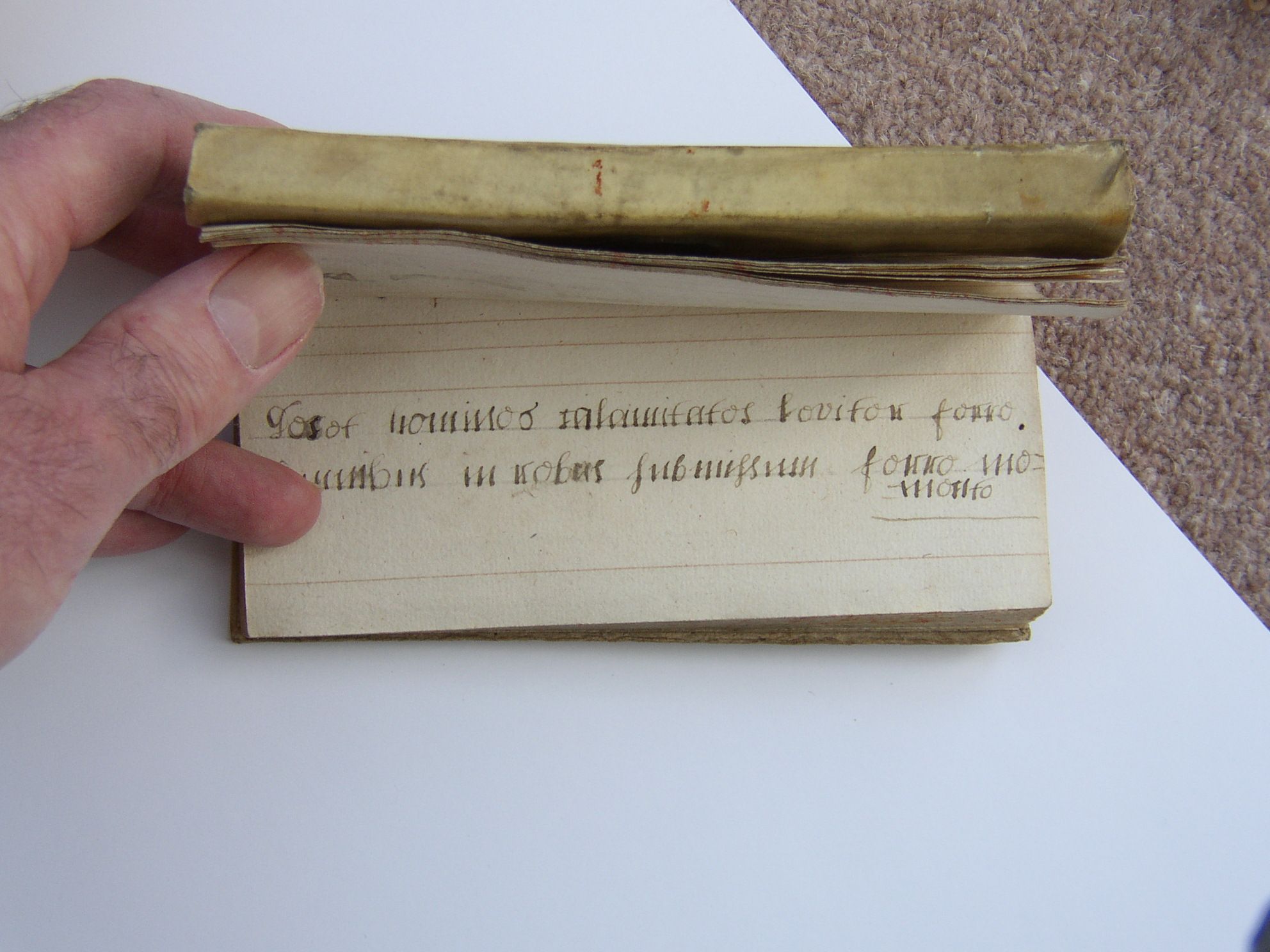 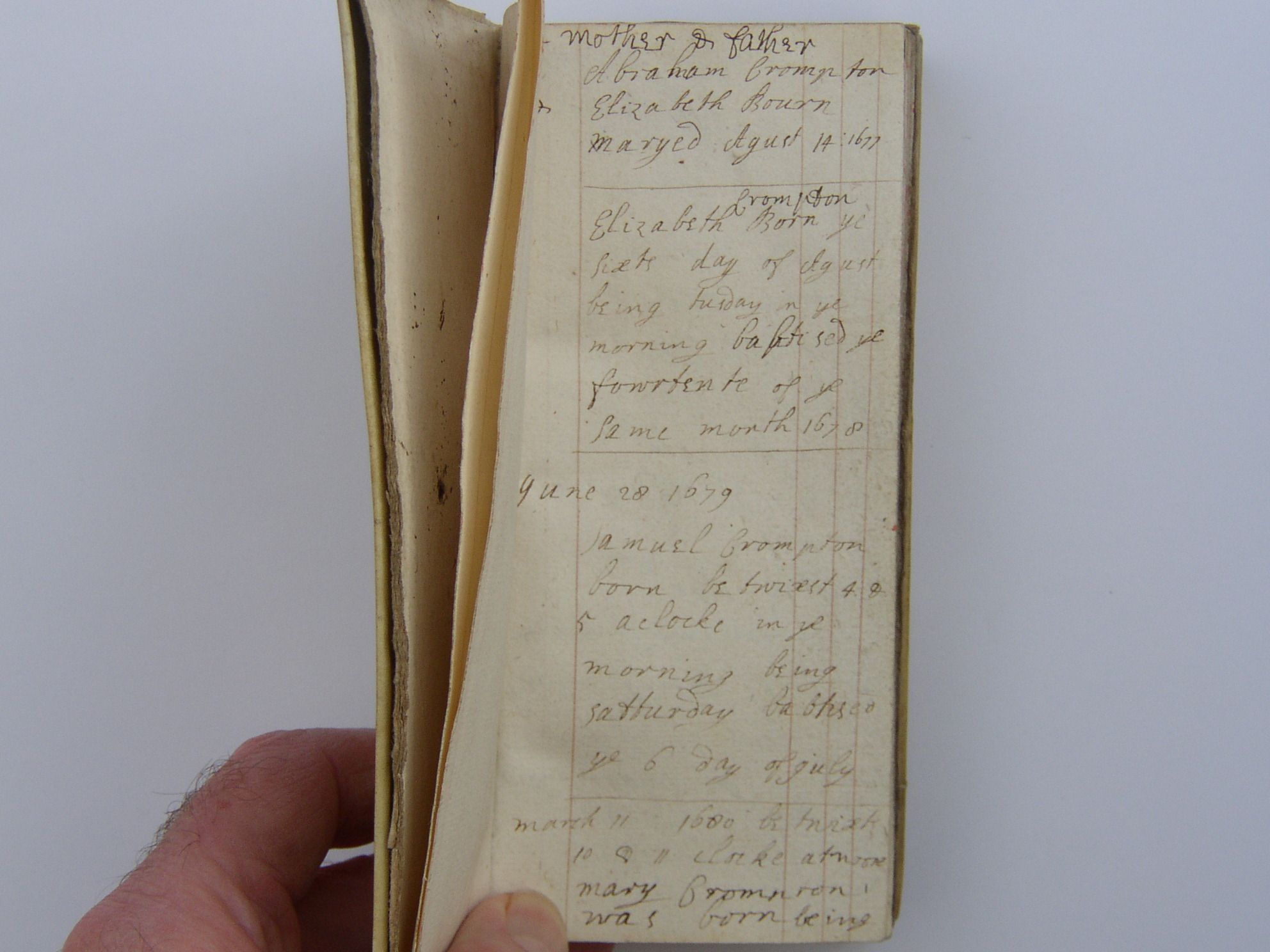 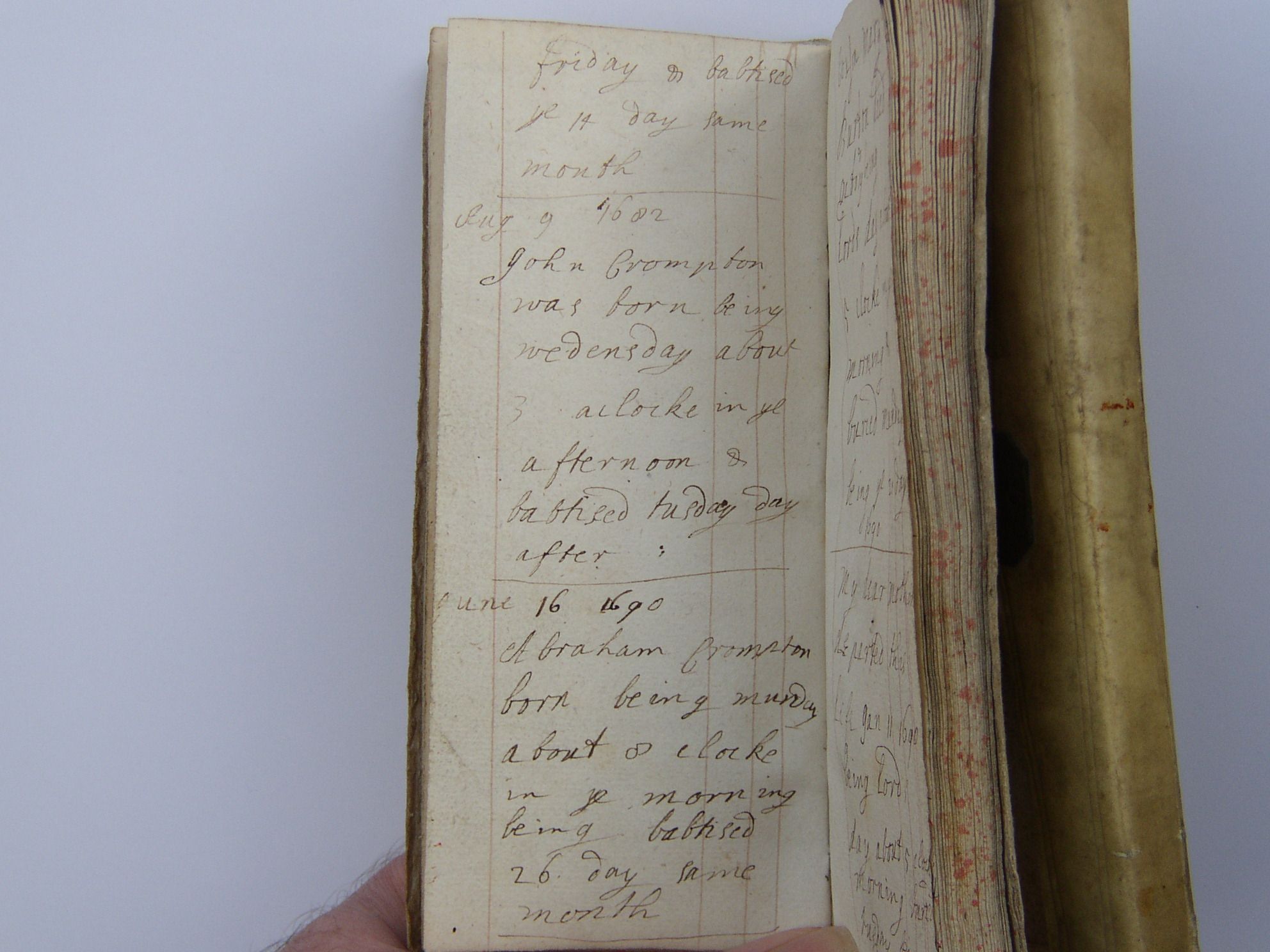 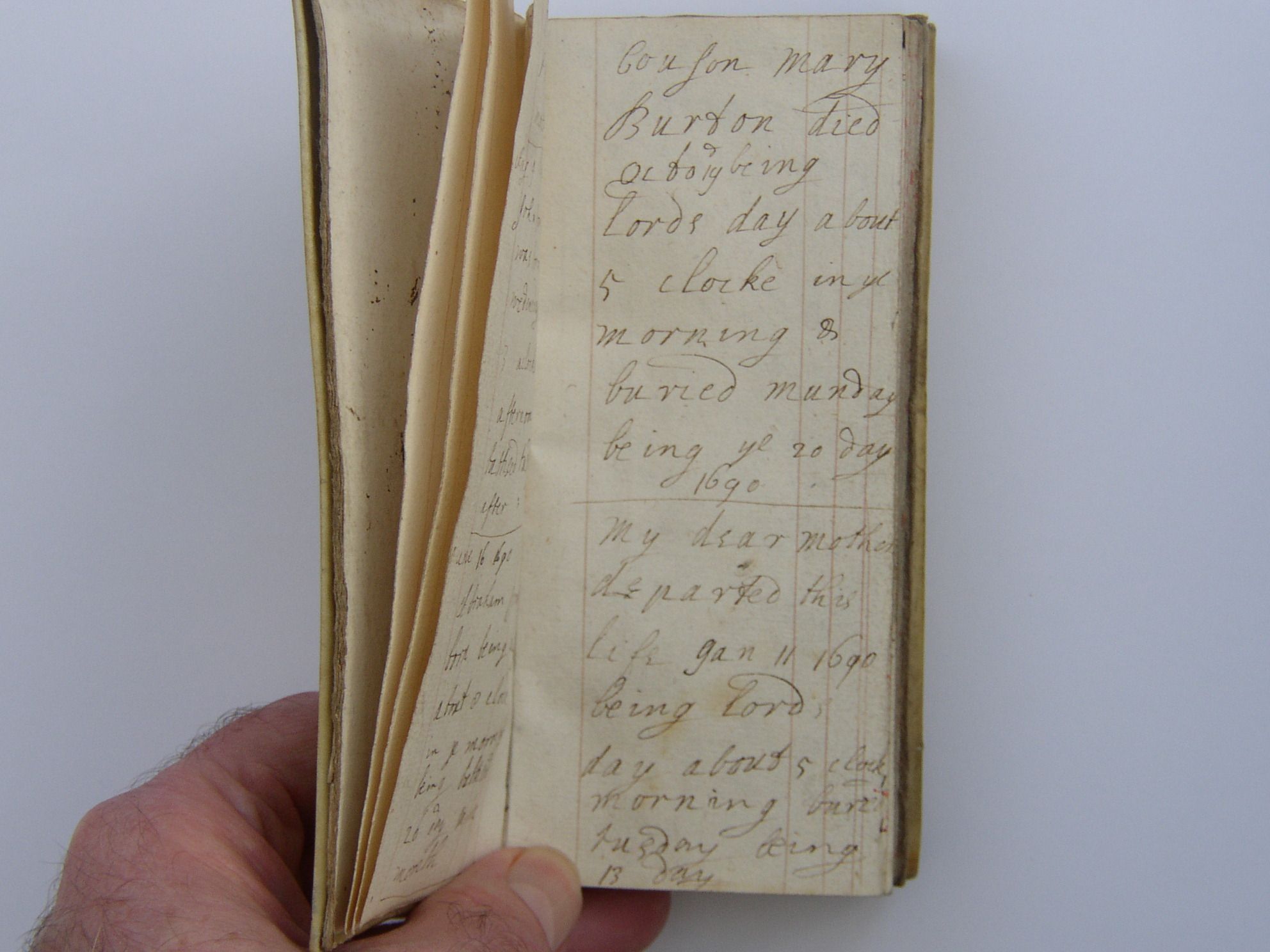 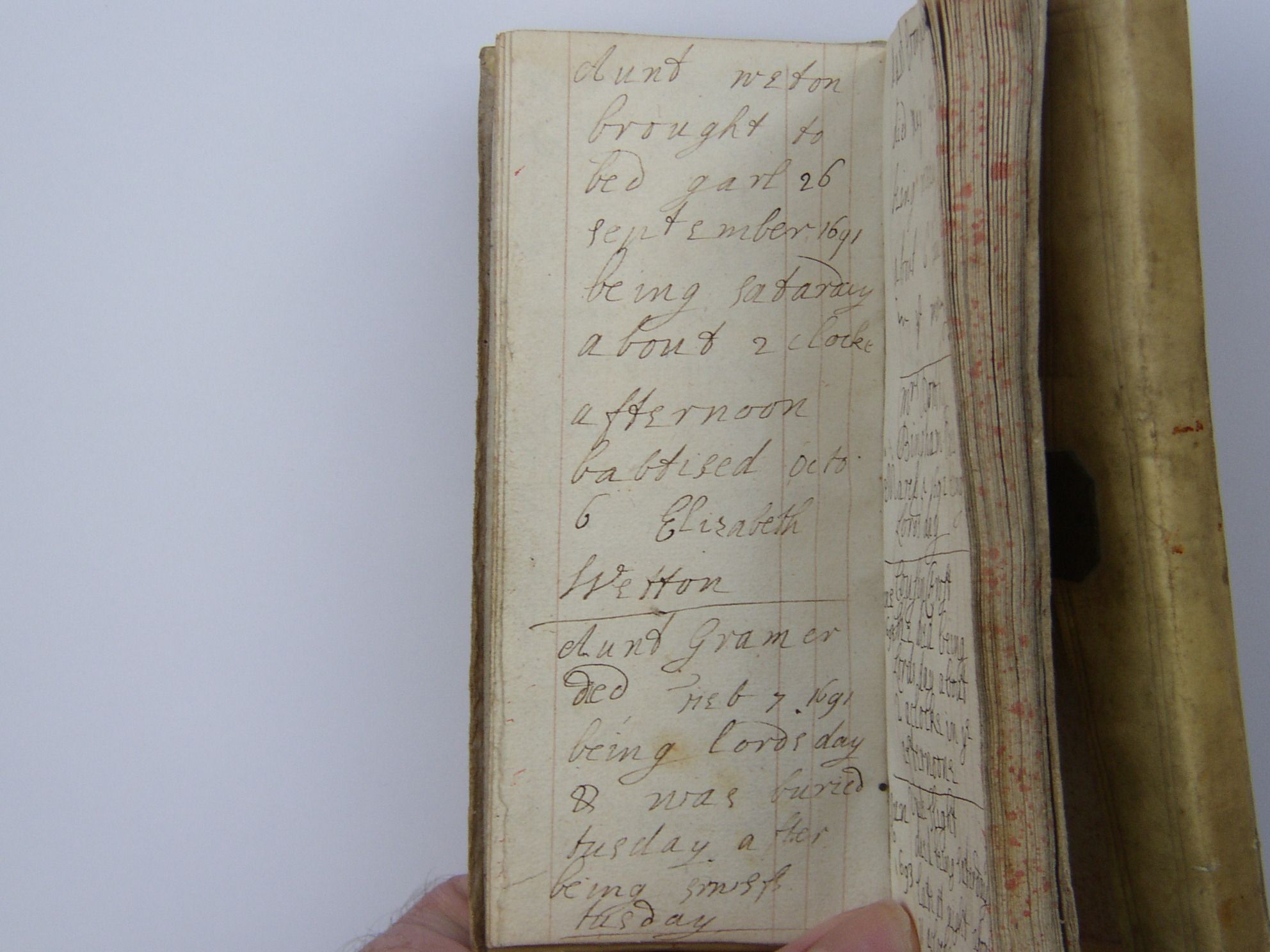 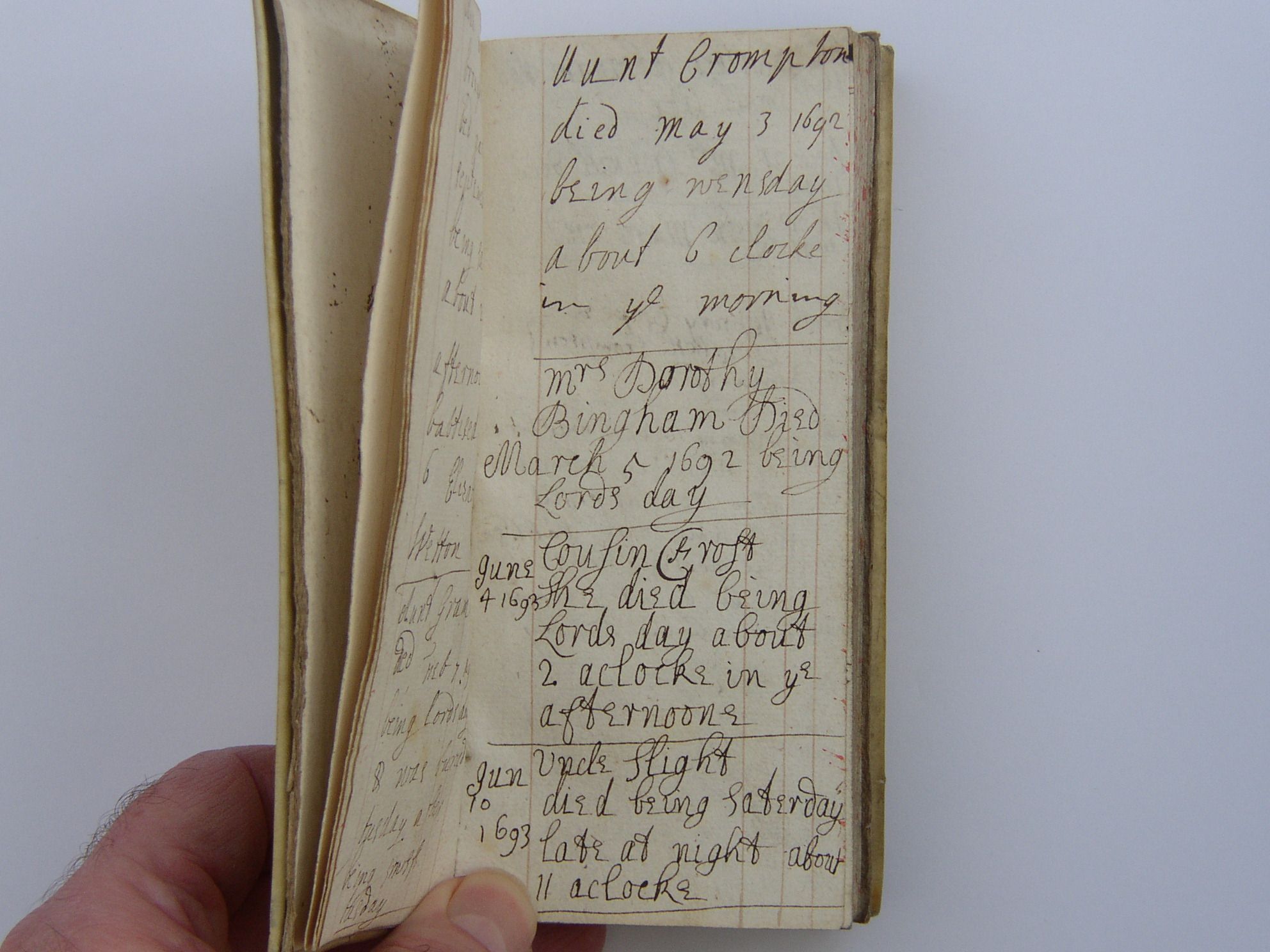 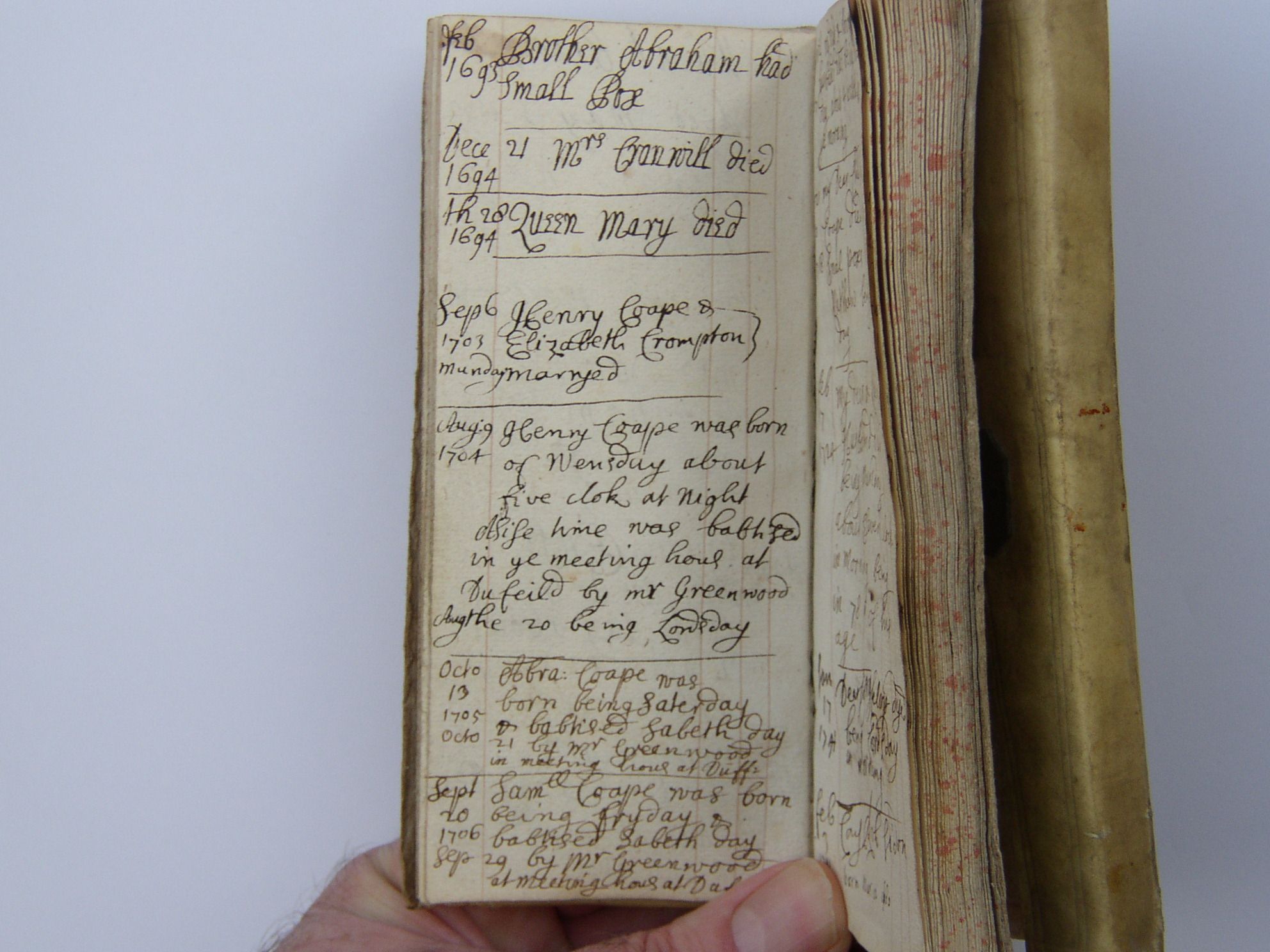 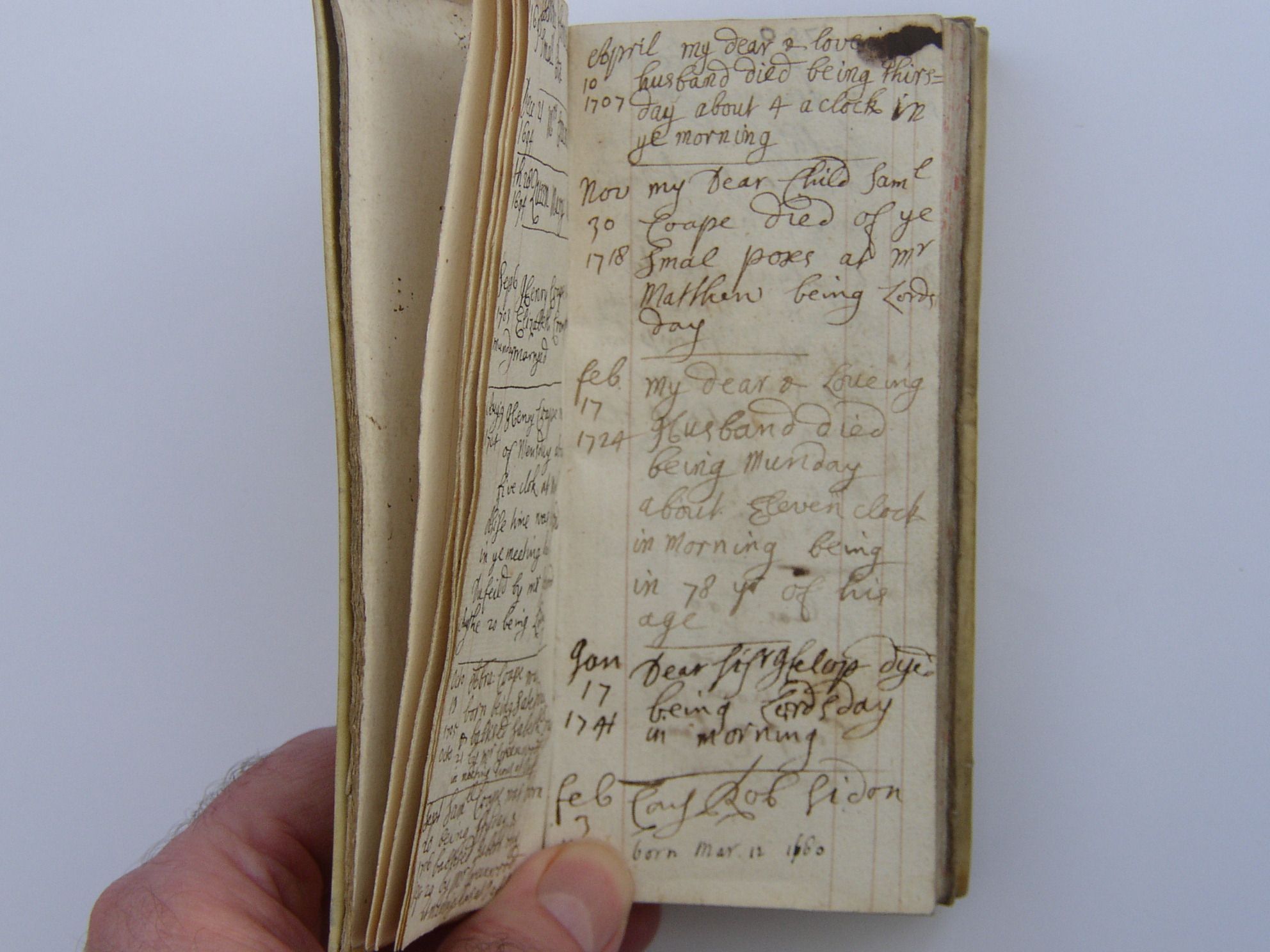 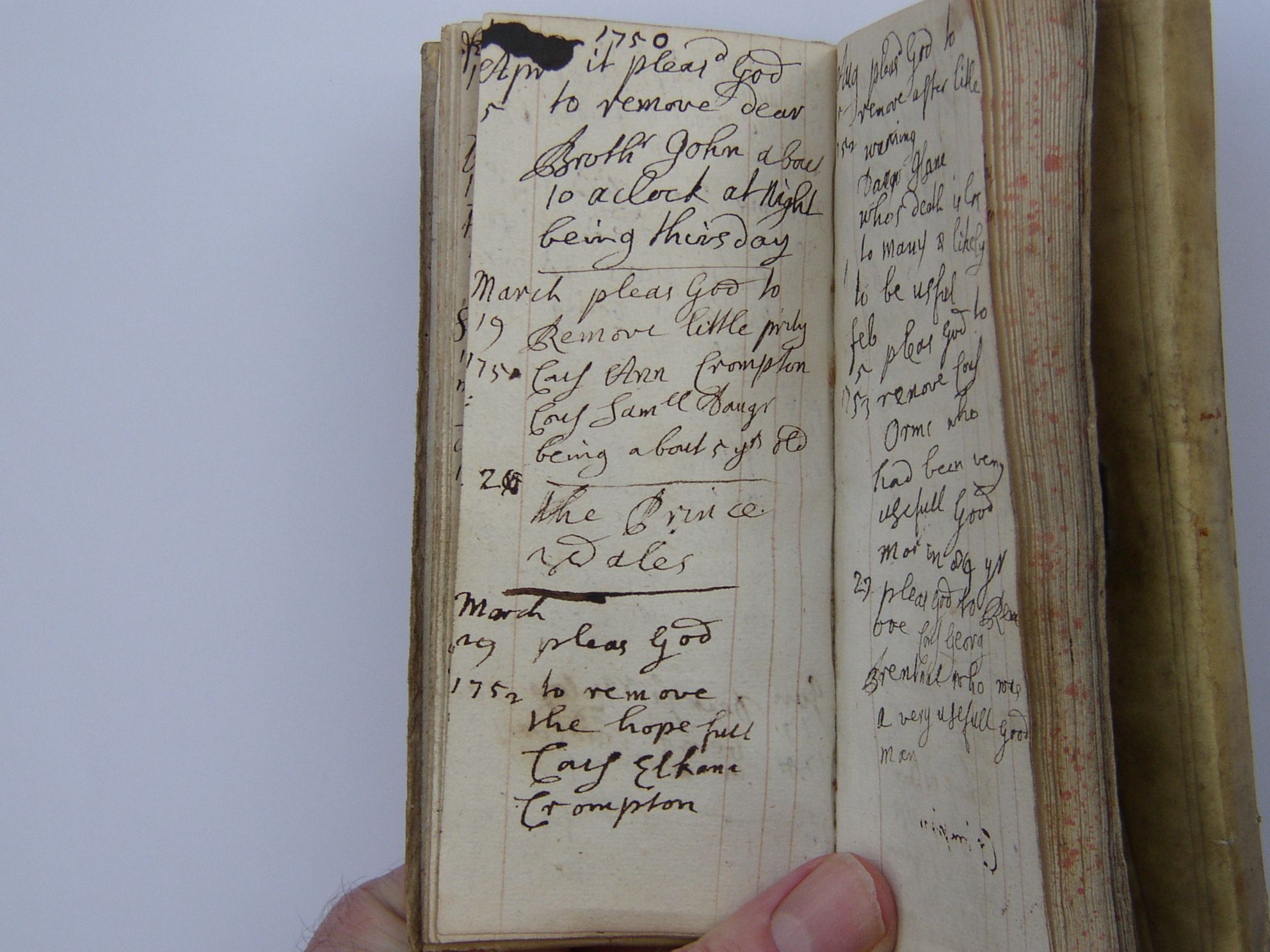 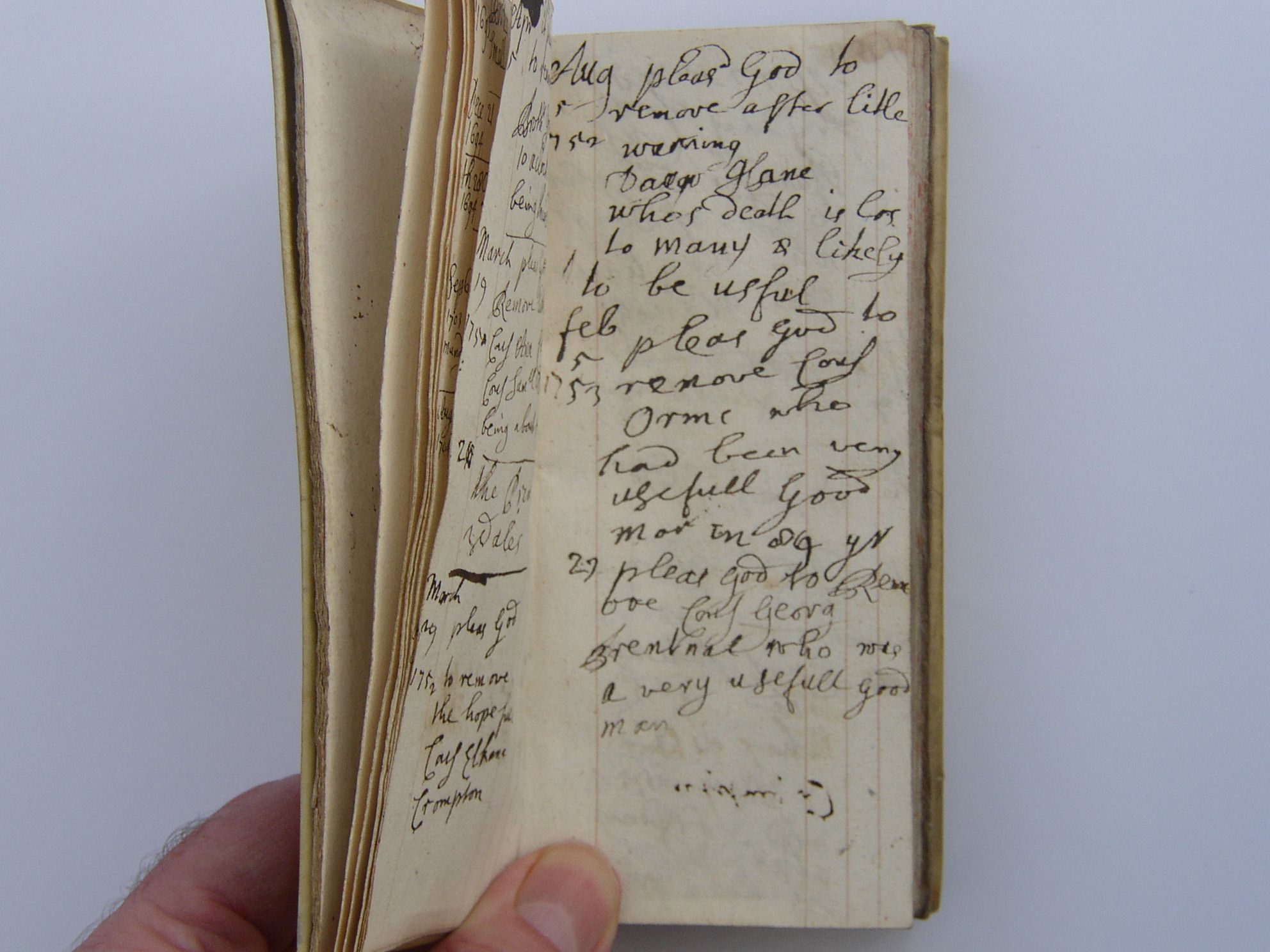 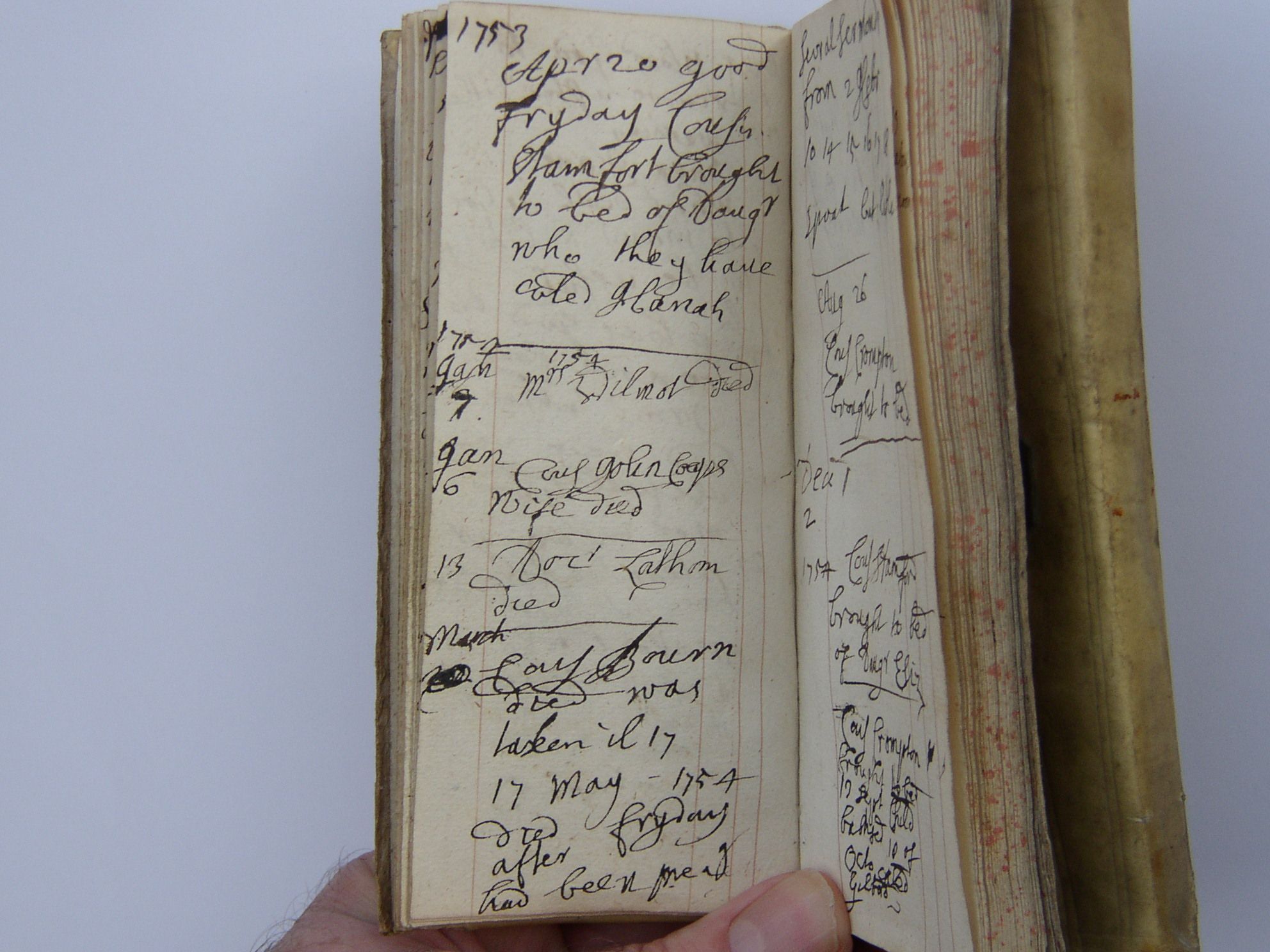 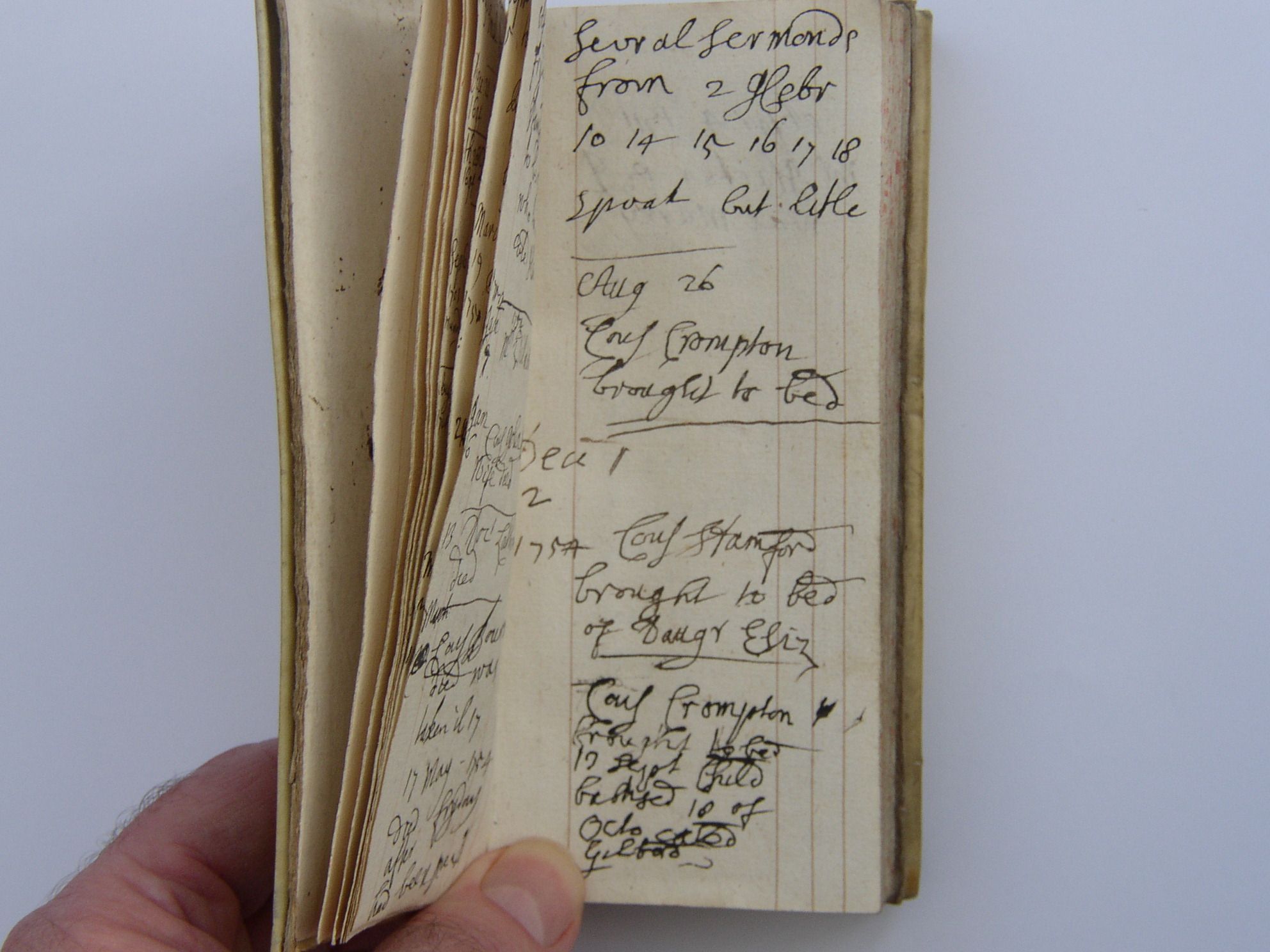 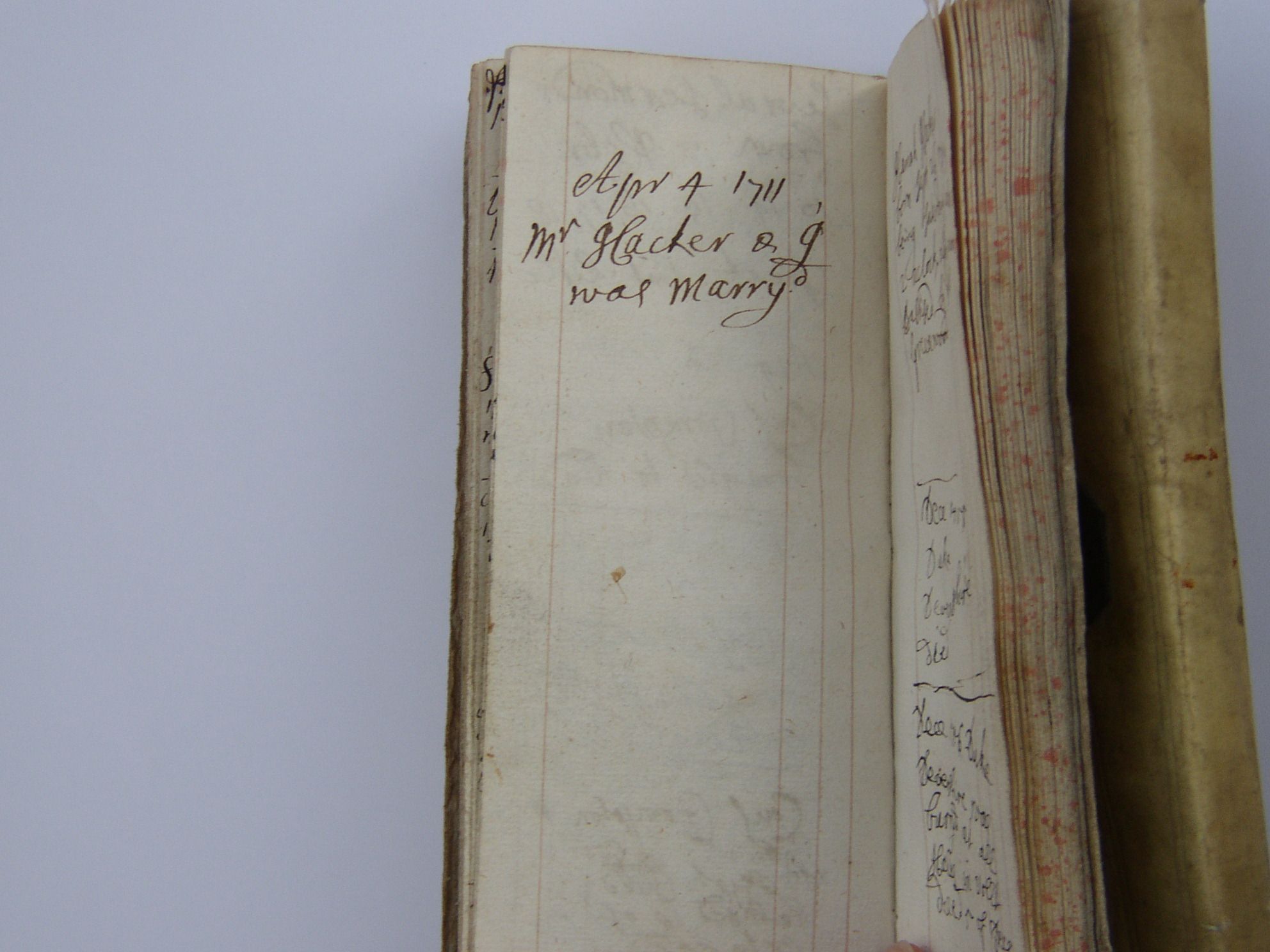 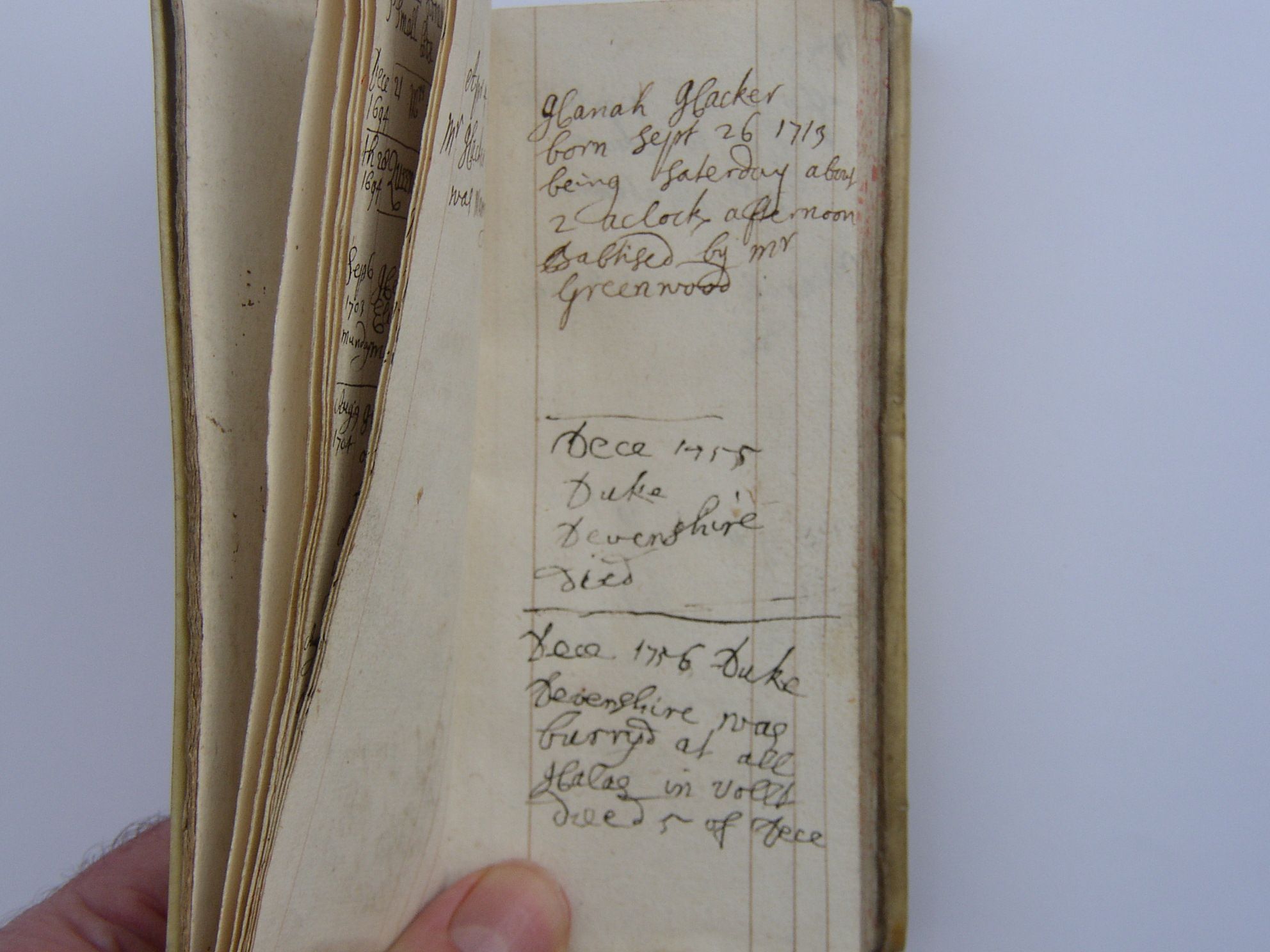 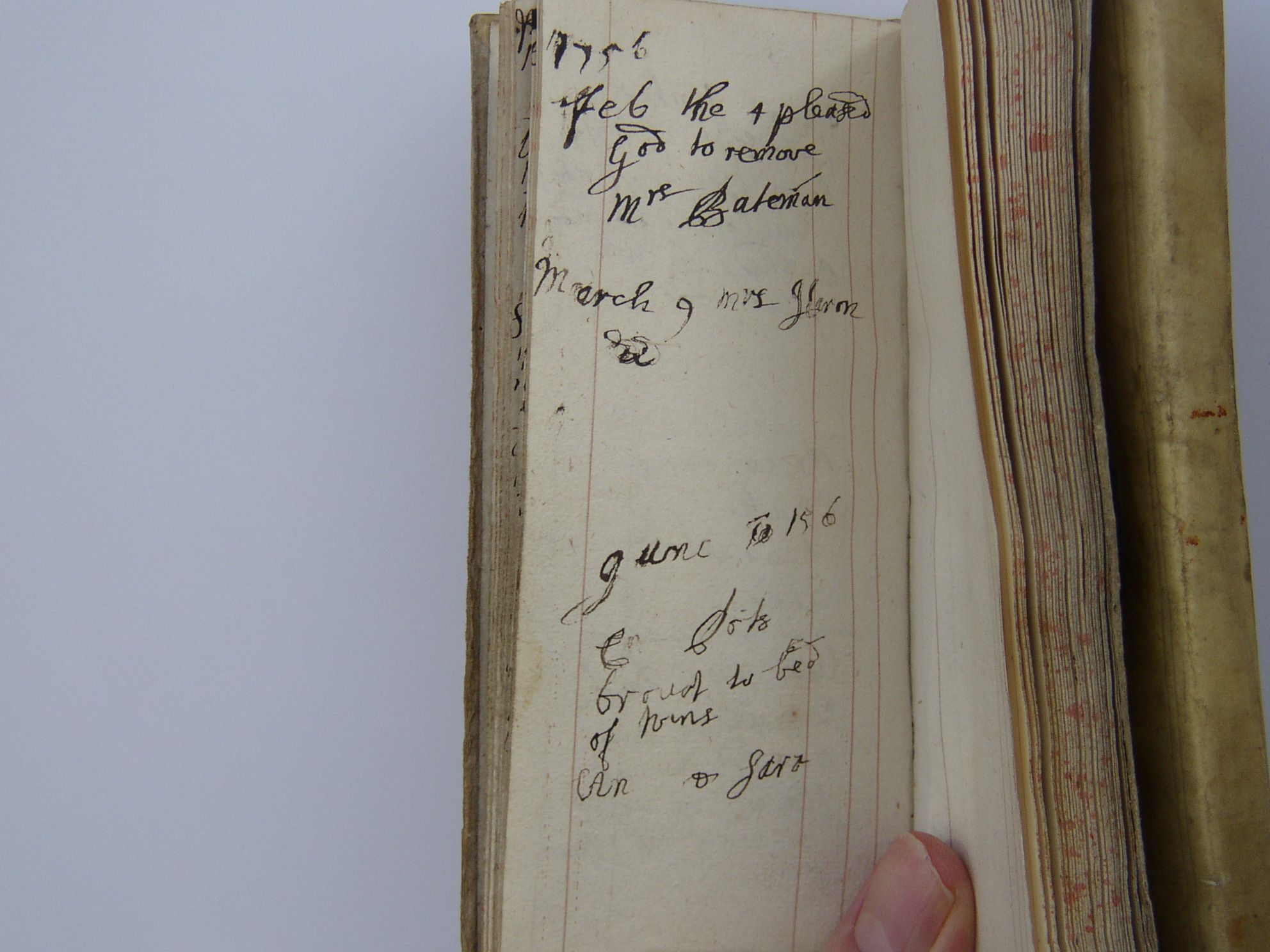