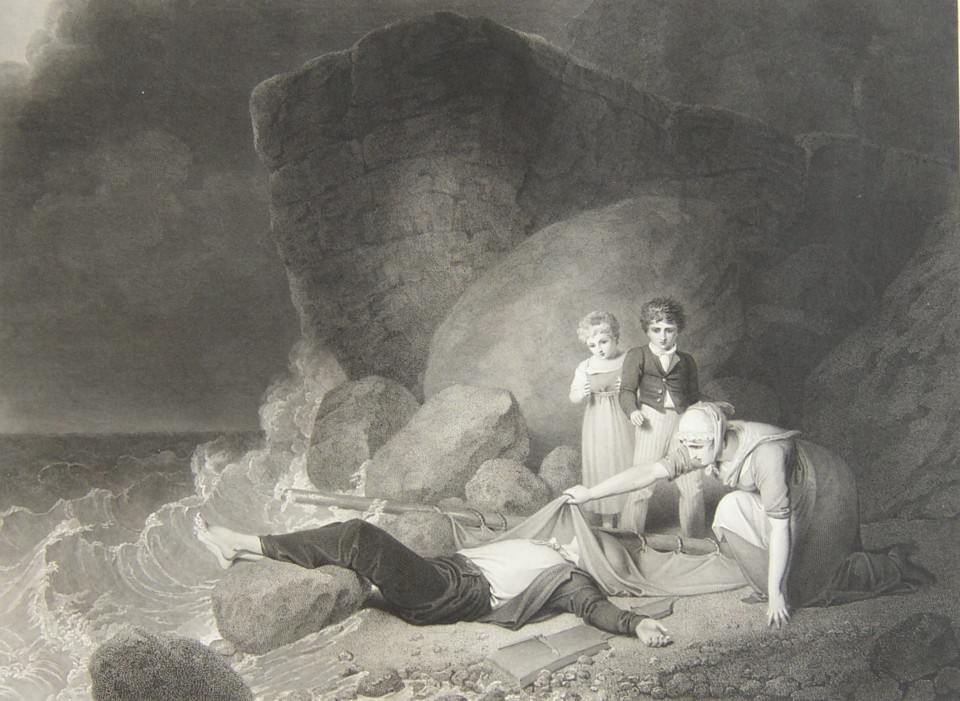 The Drowned Fisherman or The Moment of Suspense

Richard Westall (1765-1836) was an English painter who was born in Reepham near Norwich.  His half brother William Westall was also a painter as was their father Benjamin Westall.  Richard studied at the Royal Academy School of Art from 1785 and exhibited at the Academy regularly from then on.  He became an Associate in November 1792 and was elected an Academician in 1794.  From 1790 to 1795 he shared a house with Thomas Lawrence (later Sir), the future Royal Academy president.  During much of his life Richard had a good business relationship with Charles Heath and produced many of the illustrations that Charles was later to successfully engrave.  The above work was unusual in that it was engraved by James Heath and not Charles Heath.