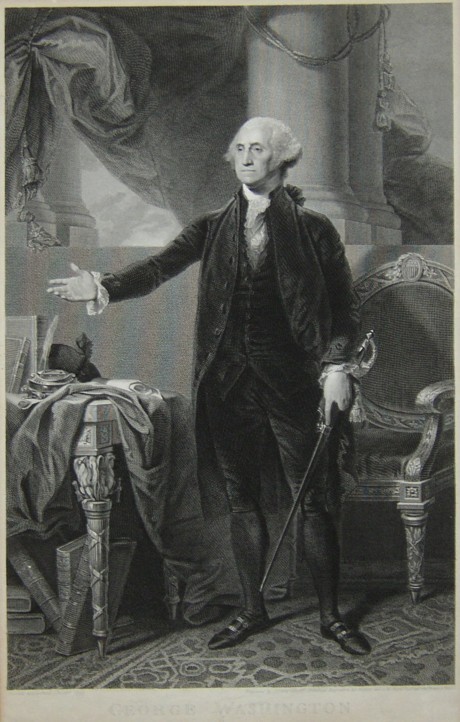 Engraved by James Heath after the painting by Gilbert Stuart.  A 'first impression' was dated 1797 but the finished engraving was dated 1800.  The original of this portrait was commissioned by the Marquis of Lansdowne and now hangs in the White House in Washington.  Apparently James Heath produced this engraving without consulting Gilbert Stuart who had not copyrighted the work.  Washington died in 1799 and perhaps as a result there was great demand from America for prints which sold for five guineas each.  James Heath made a very great profit out of this venture however, Gilbert Stuart was understandably very unhappy as he received none of the proceeds.  A while after this event copy right laws were made to protect the creators of such works.

Gilbert Charles Stuart (1755-1828) was an American portrait painter and one time protege of Benjamin West.  He was generally known as a highly gifted artist but not one who was very good at looking after his money.  He painted portraits of many of the most important Americans of his time, including several of George Washington.