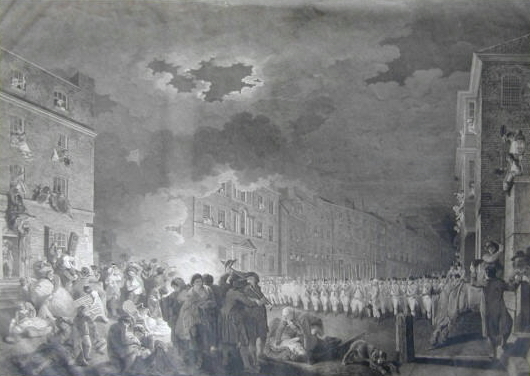 The Riot in Broad Street (Gordon Riots)
Engraved by James Heath after the picture painted by Francis Wheatley RA.

The original of this painting was destroyed in a Fire at James Heath's house in Lisle Street in 1789 (Edwards Anecdotes page 269) however the copperplate was saved (and still exists) and the engraving was published in 1790.  Boydell had paid Wheatley £200 for the use of the picture while it was to be engraved.  Prints were still being sold by Boydells in 1802 at 1 guinea each.  The actual riot took place in 1780. 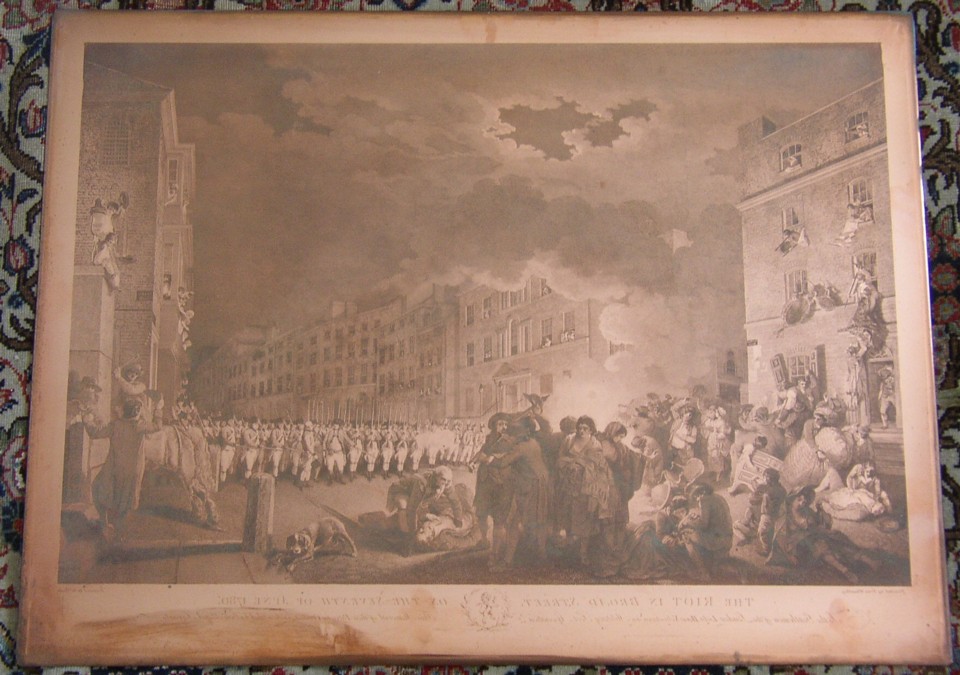 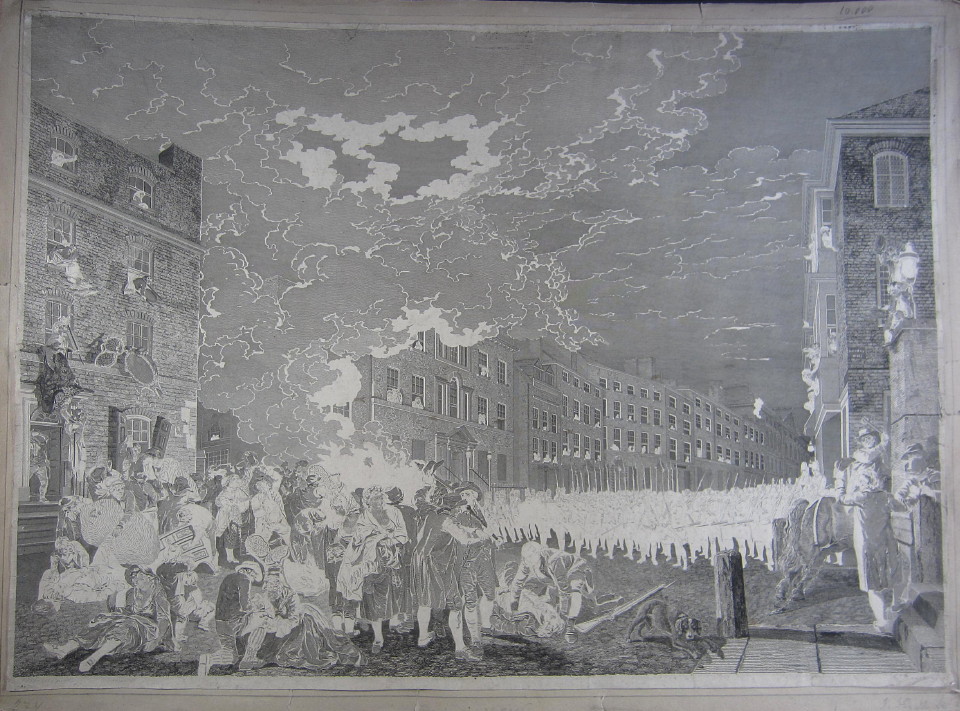 An early proof showing the development of the engraving

The artist Francis Wheatley (1747-1801), was an English portrait and landscape painter, was born at Wild Court, Covent Garden, London.  He studied at William Shipley's drawing school and the Royal Academy, and won several prizes from the Society of Arts. He assisted in the decoration of Vauxhall, and aided John Hamilton Mortimer in painting a ceiling for Lord Melbourne at Brocket Hall in Hertfordshire.  In his youth, his life was irregular and dissipated.  He eloped to Ireland with the wife of Gresse, a brother artist, and established himself in Dublin as a portrait-painter, executing, among other works, an interior of the Irish House of Commons. He painted several subjects for Boydell's Shakespeare Gallery, designed illustrations to Bell's edition of the poets, and practised to some small extent as an etcher and mezzotint-engraver.  It is, however, as a painter, in both oil and water-color, of landscapes and rustic subjects that Wheatley is best remembered.  He was elected an associate of the Royal Academy in 1790, and an academician in the following year. His wife, as Mrs Pope after his death, was known as a painter of flowers and portraits.