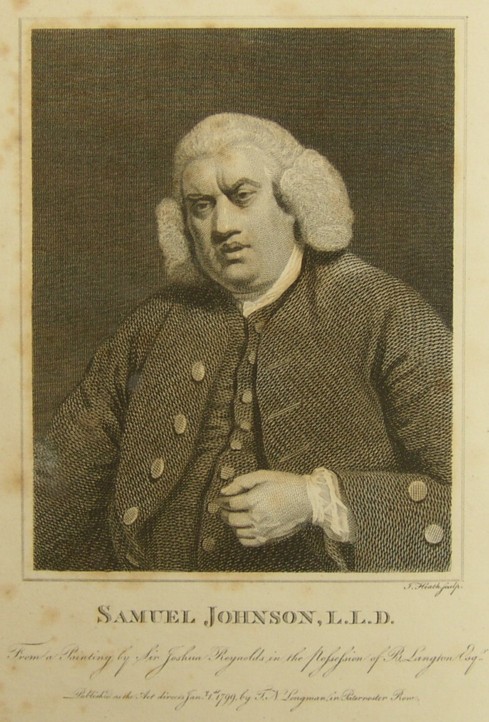 Engraved by James Heath
from a painting by Sir Joshua Reynolds

This engraving is taken from the frontispiece to Johnson's Dictionary of the English Language, published 1 January 1799 by Longman.  The dedication notes that the portrait was at this time in the possession of B Langton.  James Heath also engraved a different portrait of Johnson used in an earlier Dictionary, 1791 edition.

Samuel Johnson (1709-1784), often referred to as Dr. Johnson, was an English author who made lasting contributions to English literature as a poet, essayist, moralist, novelist, literary critic, biographer, editor and lexicographer.  Johnson was a devout Anglican and political conservative, and has been described as "arguably the most distinguished man of letters in English history".  He is also the subject of "the most famous single work of biographical art in the whole of literature": James Boswell's Life of Samuel Johnson.