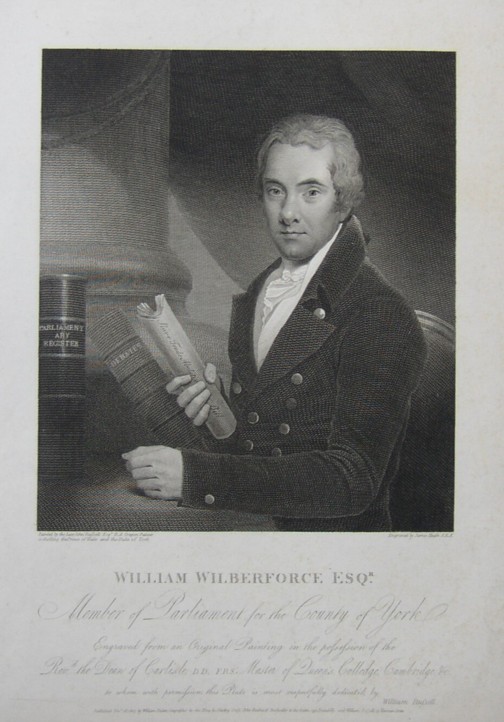 Member of Parliament forr the County of York.  Engraved from the Original Painting in the possession of the Rev the Dean of Carlisle DD FRS Master of Queens College Cambridge.  Engraved by James Heath ARA from the Painting by John Russell RA. 30cm x 25cm. 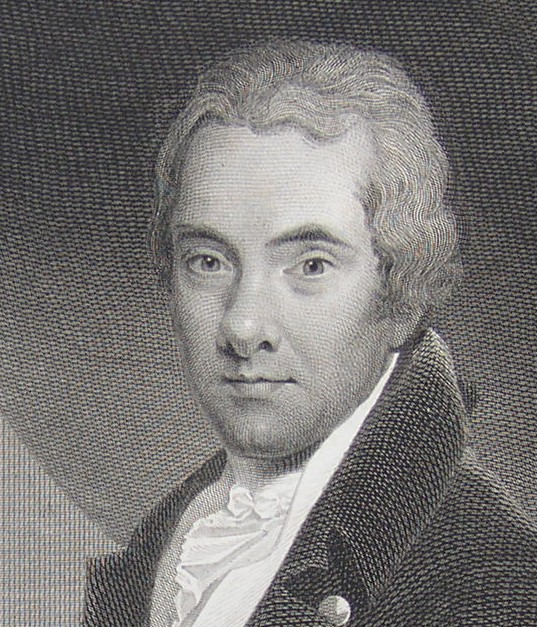 William Wilberforce (1759-1833) was a British politician, a philanthropist and a leader of the movement to abolish the slave trade.

The artist John Russell (1745-1806) was born in Guildford and became pastellist of great national and international importance.  From the age of 15, Russell jun. was a pupil of the painter Francis Cotes and specialised in pastel portrait painting at a time when the possibilities of the pastel medium were only just beginning to be appreciated. Russell produced his own recipe for pastel colours which, even after 200 years of exposure to light, have lost nothing of their crispness and vigour.  He attended the Life Class at the Royal Academy School from 1770.  His drawing of "Aquarius" won a silver medal, emphasising the artist’s skill in drawing anatomy.  The artist was still comparatively unknown in 1777 when the St James’s Chronicle published an article describing his work as ‘all very good’ and among the best at that time.  He rose to fame over the following years and became a member of the Royal Academy so that, by 1790, The World announced ‘Russell’s charming Crayons will make one of the first ornaments’ in the forthcoming Royal Academy exhibition’.  Indeed, he did not have to exhibit many pictures at that exhibition ‘to maintain his character, as the first crayon painter in the country’, The World lauded.  Eventually, Russell was to exhibit over 330 works at the Royal Academy in a period of 38 years, portraying the aristocracy and upper middle classes.  His paintings were so sought after that he could command the same sums for larger portraits as the most famous English painters of the day. (such as Sir Joshua Reynolds -1723-92).  Russell’s meteoric rise to fame was complete when he was appointed portrait painter in crayons to King George III and the Prince of Wales (later George IV).