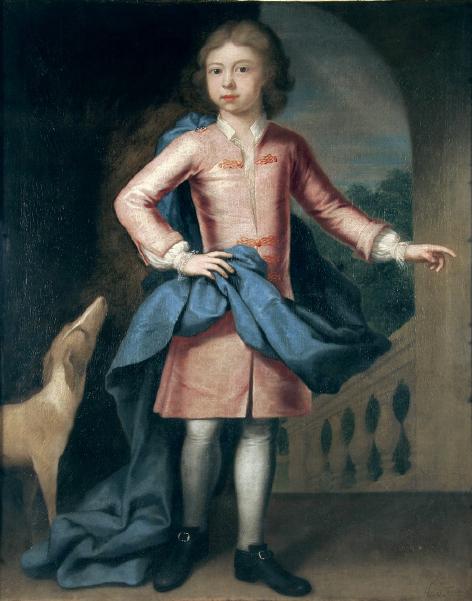 Noted in 'The Perlustration of Great Yarmouth (Vol II p 62)', John Ives, the son of a very successful merchant, had a curious full-length portrait painted when a boy in 1728 by Heins.  John Ives Senior as a boy (b.1718/19 d.1793); wearing early eighteenth century dress comprising pink coat, white shirt and stockings, black shoes with siver buckles; he is draped in a blue cloak held on his right shoulder with a silver clasp and at his hip by his right hand; his left arm is extended with finger pointing; an archway and balustraded stairway is indicated in the background; a whippet-like dog stares up at him from the right of the picture.  Signed and dated  Heins Fec 1728.  126cm x 102cm.

If you have any further information about John Ives or his family I would be very pleased to hear from you.  Please contact me on This email address is being protected from spambots. You need JavaScript enabled to view it.