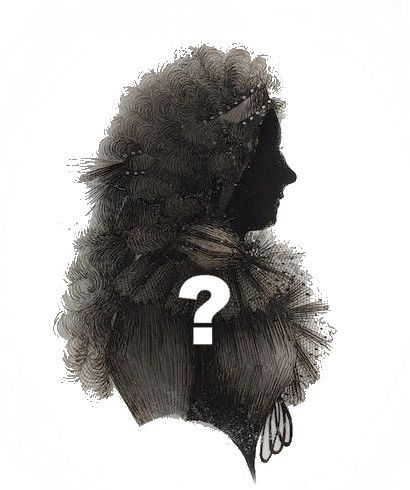 The information I have about Ann Helsham comes from the following sources:

1. The diary of her grandaughter Elizabeth Jones (nee Helsham) who makes reference to her but gives no information about her (written in the mid 1800s).
2. Various notes written by her great grandson Col Henry Helsham Helsham-Jones.
3. The book titled "Stoke Ferry" by Doris E Coates, 1980, page 61.  This mentions the doctors in the village including the Harveys and the Helshams living near the church.

The book "Stoke Ferry" states that Robert Harvey was a doctor and practiced in the village and was followed by his son Dr William Harvey (1732-1803), his son-in-law Dr Henry Lindhook Helsham (1730-1805) and later his grandson  Dr Henry Helsham (1767-1806).  Robert Harvey's will however presents him as a Grocer and this is probably more likely.

The diary of Elizabeth Jones (nee Helsham) reads as follows:
My Grandmother was Anne Harvey, and I should think that she was both born and married at Stoke Ferry, her parents being Robert and Mary Harvey.  A relative, the Rev William Harvey, was incumbent of Fincham Church the years 1745 and 1787.  Another of the name, a cousin , resided at Watton in Norfolk, whose only child married Sir Robert Harvey , and their son is the Mr Harvey whose entertainments at Crown Point cause such a sensation from year to year.  My Grandmother had, I believe, more than one brother but the only member of the family we knew and loved was her sister Susan who is very imperfectly represented by the portrait which hangs over my fireplace.  She married Mr Forby of Stoke Ferry, whose brother, the Rev. Joseph Forby, was Rector of Fincham from 1787 to 1799 and he it was who, while travelling on the Continent before the French Revolution, left some small sum in the French Fund of which mention was made some years since.

Page 61 of "Stoke Ferry" reads as follows:
The Doctors - Harvey and Steele
In medicine, as in the law, it was traditional that sons would follow fathers and grandfathers in their professions.  This explains why just two families provided local doctors for the whole of the eighteenth and nineteenth centuries.  It is interesting that one house (The Lodge, which together with Lodge Cottage was one property) was 'The Doctors House' from 1771 until 1954.

All the members of this family are commemerated on stone slabs in the floor of the aisle in All Saints Church, Stoke Ferry.
In 1771, when Peter Smith, grocer and draper, went bankrupt, Dr William Harvey bought his estate at public auction for £378.  It included the grocer and drapery shop with house adjoining, the old chemist's shop, and the lodge with its out-buildings and servant's quarters (now 'Lodge Cottage').  Dr Harvey and his family lived at 'The Lodge' and the two shops and houses were let.  In his medical practice he was assisted by first his brother-in-law, Henry Linhook Helsham, then by his nephew, Henry Helsham, the younger, both described as 'surgeons'.
Later owners of The Lodge found a print of William Harvey (1578-1657) who discovered the circulation of the blood and the working of the heart.  Given that the name William recurs, and the custom of sons following their father's profession, it is reasonable to assume that the doctors at Stoke Ferry were descendents of a famous ancestor.
Dr Harvey died in 1803 [1805], and Helsham the younger continued as doctor.  The widow sold the Chemist shop to Roger Micklefield and the grocer and drapery shop to Abraham West, keeping the Lodge for her family's use, and still the doctor's surgery.  In the 1820s the practice (and the Doctor's house) was brought by Dr Henry Steele, whose family continued there until 1928.