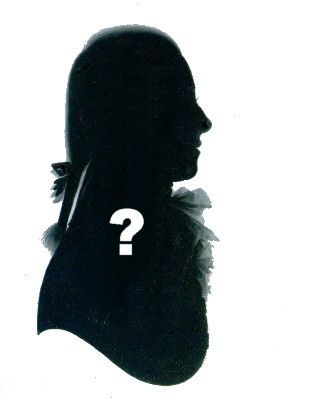 This branch of the Helsham family appear to be cousins of Dr Arthur Helsham but I am not sure yet of the link?

The information I have about Henry Helsham comes from the following sources:

I understand from the book "Stoke Ferry", by Doris Coates, that Henry Linhooke Helsham was one of the doctors or "Surgeons" in the village, following on in the same practice of his father in law Robert Harvey (1700-1756), working with his brother in law William Harvey (1732-1803) and later with his son Henry Helsham.  It should be noted that while Doris Coates describes Robert Harvey as a doctor, Robert in his will describes himself as a Grocer.

In her diary, Elizabeth Jones states that her grandfather Henry Linhooke Helsham lived in a large red brick house that he had built opposite the church.  She goes on to state that this house had the date 1790 in split flints in front of the door.  In Stoke Ferry there still exists a large red brick house, known as "The Hall", located opposite the church and with the date 1790 in flint stones in the pavement directly in front of the main entrance door.  I think we can safely assume that this is the house which Elizabeth says was built by Henry back in 1790 and this would also account for him selling land in 1787 presumably to raise money for the project.  However, Doris Coates states that the Hall was built by James Bradford?

Doris Coates mentions the doctors house being called "The Lodge" and William Harvey owning it from 1777.  There still exists on the other side of the church an old house which is now three houses, one of which is known as the Old Chemist Shop.  This is presumably the house which William Harvey bought in 1777 and was possibly lived in by Henry Linhooke Helsham up untill 1790 when presumably he moved the family into the newly completed Hall.

I do not know where Henry Linhooke Helsham was born, or who his parents were but the brick house which he built is a substantial dwelling and probably much larger than would be expected for the doctor in a small village like Stoke Ferry.  We know that his wife Ann inherited some money from her father in 1756 and we can probably assume that Henry's parents were also reasonably well off and perhaps he also inherited some money from somewhere.

Henry Linhooke Helsham is buried in the All Saints Church in Stoke Ferry and there is a tablet in the floor stating that he died 25 April 1805 aged 69 years.  In his will he describes himself as "Surgeon and Apothecary" of Stoke Ferry.  He left everything to his son Henry Helsham who was also the executor.  The will was written in May 1793 and proved 3 September 1805.

It would appear Henry's son Henry  took over the practice but died the following year after which the family moved away.

In her diary Elizabeth makes reference to the Helshams of Kilkenny in Ireland and states that they were probably distant relations but she did not know how they were related.  She makes a reference to the Dr Helsham who was a friend of Johnathan Swift and states that she had in the family at that time (1866) a portrait of Swift (or Dr Helsham?) which indicates that there was a family connection with Swift's Friend Dr Helsham.  This Dr Helsham would appear to be Richard Helsham MD (1682?-1738) who's Scientific Lectures "A Course in Natural Philosophy" was published posthumously by his colleague Bryan Robinson in 1739.  This book went on to be reprinted a number of times with a fifth edition appearing in 1777.

In the register from All Saints Church in Stoke Ferry I understand there was a note of a Katharine Helsham, widow, who was buried 19 December 1774.  Perhaps this was Henry Linhooke Helsham's mother?  Henry's second name Linhooke may indicate her maiden name.  Linhooke is a very unusual surname.  There was a William Linhooke recorded as being buried in 1708 in Wesbech District, Norfolk.  This is recorded in the Parish Register for Tilney All Saints.  Pehaps this William Linhooke was related?

Articles of agreement relating to the sale of land  from Henry Linhooke Helsham to William Denn in 1787 for £500.

This document reads as follows: 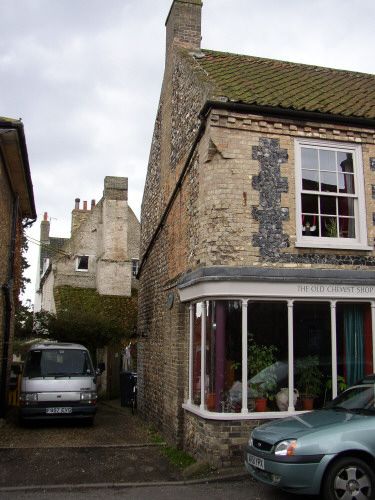 (Diary of Elizabeth Jones) (Will of Henry Linhooke Helsham)  (The Hall, Stoke Ferry)  (The Old Chemist Shop)  (All Saint's Church)