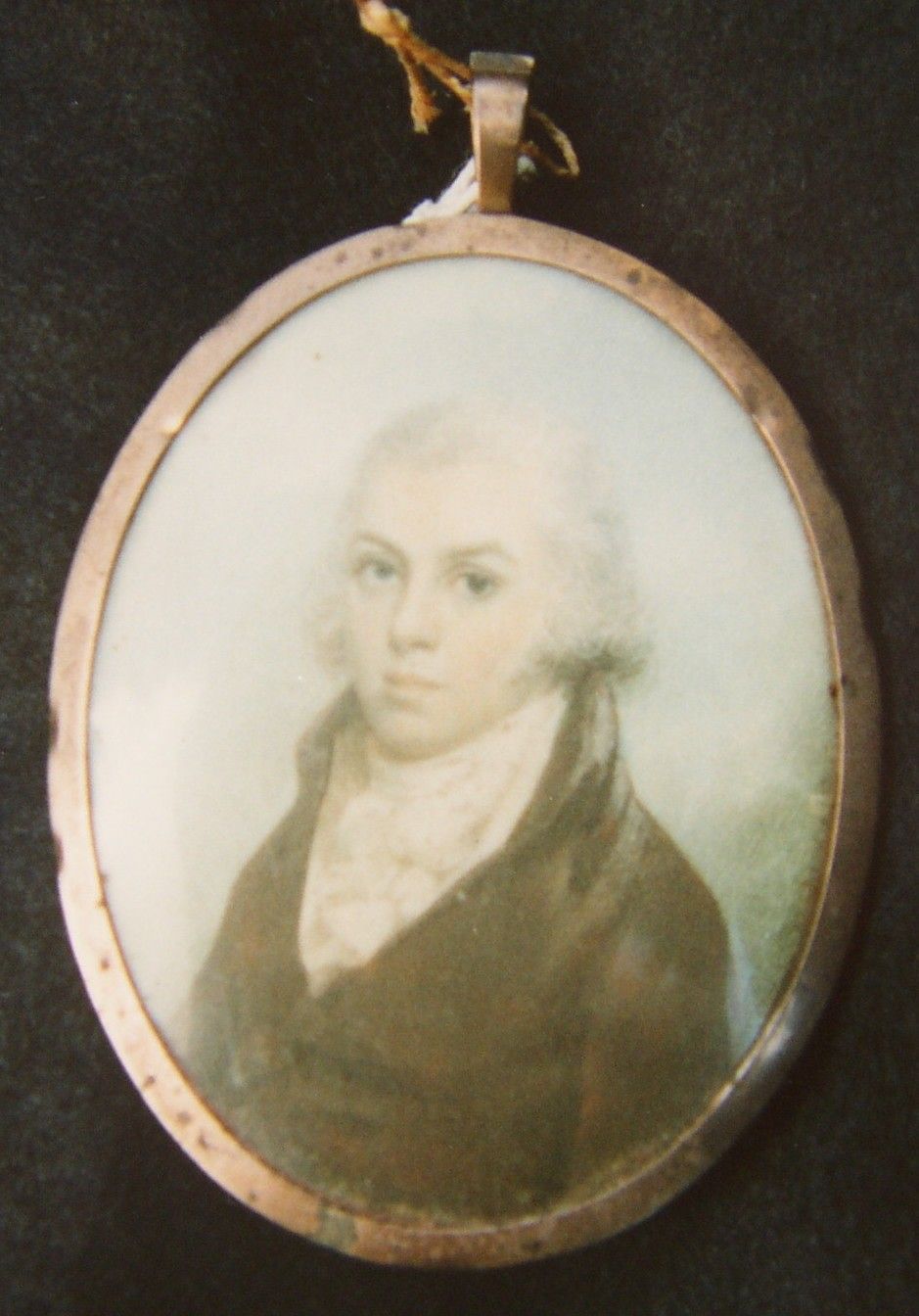 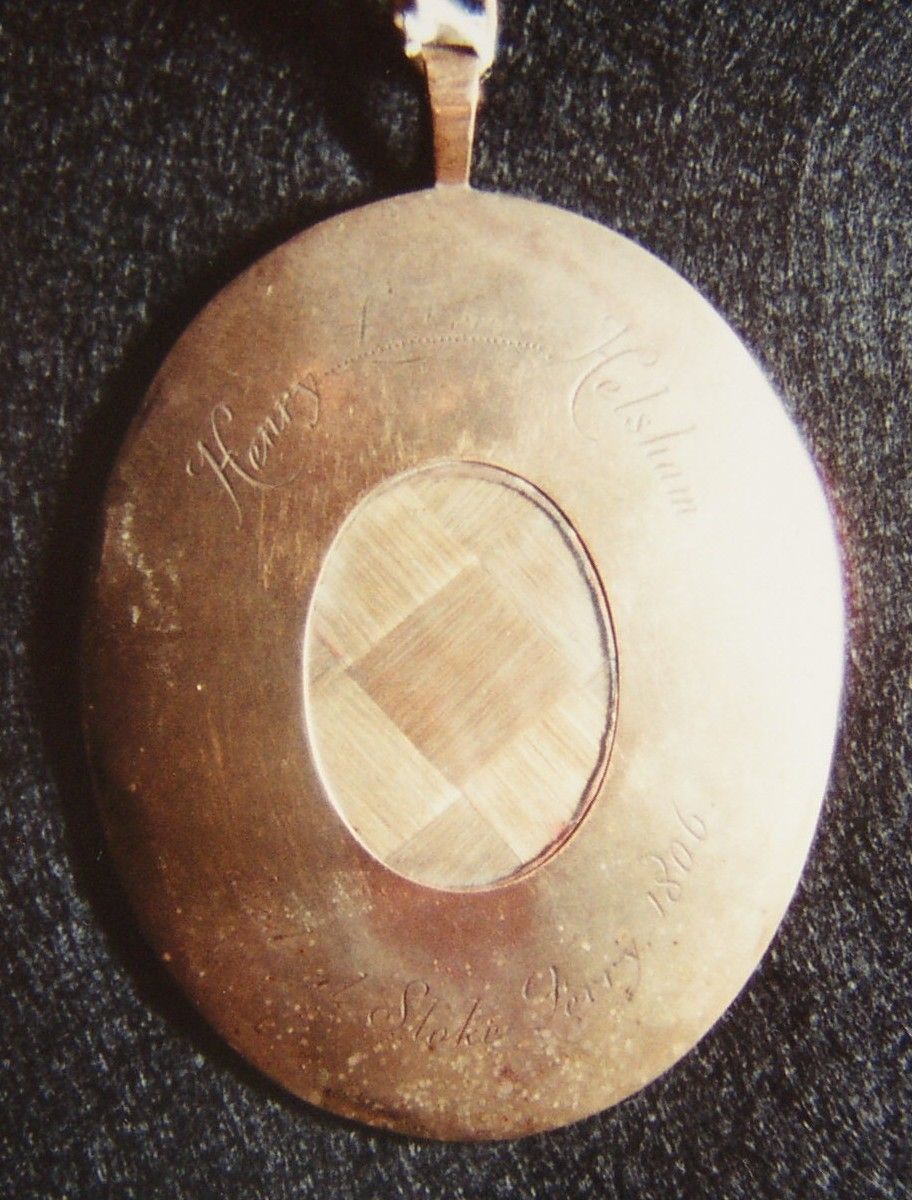 This oval miniature (which was in the family up until October 2000 when it was stolen) had an inscription on the back "Henry Helsham died at Stoke Ferry 1806".  Under some glass could be seen some of his hair neatly woven.  We do not know who the artist was but Henry's daughter Elizabeth in her diary noted that she thought that it was painted in Edinburgh while he was there studying medicine.

I would be very pleased were this picture to be found and returned to Henry's descendants.  It is of great sentimental value.  A reward of £1,000 is available.

(Return to notes on Henry Helsham)