The following address was given at David's funeral by his son Matthew.

My father, David Holland, was born on March 23rd 1915, the second son of Michael and Marion Holland, nee Broadwood of Lullings near Ardingly in Sussex.  I could tell you a great deal about the colourful history of our family, but this is about David.   He was educated at Eton and Trinity College Cambridge.  He never  pretended to be any great scholar, more of an antiquarian, and of course, a lover of books.   The houses at Lullings and at the Barn were full of the books and manuscripts he collected, many of them very beautiful.

When war broke out he volunteered immediately and was commissioned into the Royal Sussex Regiment.   His active military career came to an abrupt end when what remained of his Battalion was forced to surrender on May 21st 1940  on the outskirts of Amiens.  He often talked about his war experience, but in his characteristic way, he always managed to make it sound like a boy scout expedition.   I am enormously grateful to William, one of his grandsons and to his nephew, Gavin who between them have managed to identify his military unit and  to track down a detailed eye witness account of the action at St.Roche that led to his capture.

It must have been absolutely terrifying.  The 7th Battalion was ill equipped and almost untrained.   Yet these inexperienced men managed to hold off a vastly superior German force, including a Panzer Division under the command of Major General Erwin Rommel, for several days, thus playing their part in delaying the German advance on Dunkerque.   Of the 581 men of the Battalion, only 70 survived to be taken prisoner after their ammunition ran out.   This casualty rate compares with the very worst suffered by any unit during either World War.   Yet no war medals were awarded to the soldiers of the 7th Battalion Royal Sussex Regiment.    My father used to attribute his survival to the fact that, in common with many of his fellow officers, he had not yet been equipped with a personal weapon  'otherwise I would have felt in duty bound to try to save my Colonel after seeing his capture.'

So he spent the rest of the war in various prison camps.   He participated in one early attempt to escape, but thereafter resigned himself to his fate.   I think that was probably just as well.   He was not built for crawling under wire or for looking anything other than extremely conspicuous on any railway station in occupied Europe.

In 1945  he was found a job  in the House of Commons Library as a temporary cataloguer,  and remained there for the rest of his working life.   In 1967 he became the Librarian.   He retired in 1976.   I managed to trace the Hansard record of the speeches that were delivered in the House on the day of his retirement.   Probably for the first and last time in their lives, the Lord President of the Council, the Rt Hon Michael Foot, speaking for the Government, and the newly elected Leader of the Opposition, the MP for Finchley,  Margaret Thatcher concurred in thanking him for having done so much during his tenure to improve the service provided by the Library. In a healthy democracy it really matters that the opposition parties are able get at the information they need to engage intelligently with the government.  One of his colleagues, Keith Cunninghame, has written to point out that my father's love for the ancient and the curious was balanced by an eagerness to grapple with and apply the new computer technology to his task.  'He saw the possibilities before most people.'  He also notes that my father was a good boss,  'He was always approachable and always made us feel part of a team... witty and entertaining.. but also created a climate in which good standards of behaviour were assumed.  The periodic summons to a drink at lunchtime were very welcome.'

Seems like many years later, after early retirement, making long car journeys to visit me, in Teesside, in Birmingham and later Jayne, me  and our little family in Sheffield, many times.    After we moved down here he made it once to Portsmouth along the increasingly appalling A27.  Thereafter the journey became too much for him.

I am a Christian.   I have made a career of it.  But I actually believe all of it and my belief grows stronger and clearer as I grow older.   I think my father shared my faith, although we did not talk about it, other than in the jokey, allusive way he felt comfortable with.  Not long ago, when he was frail, I nervously suggested we share the Supper of the Lord together.  It just felt such a good thing to do. 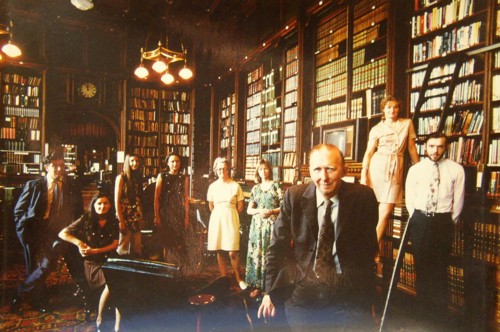 David Holland: The Library of the House of Commons

If you have any information to add to what is listed please contact me on This email address is being protected from spambots. You need JavaScript enabled to view it.
(Home)