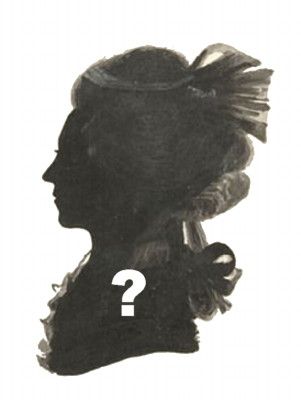 We know of Elizabeth from the following sources:
1. "History of the Ancient Family of Marsh" by Joseph J. Green, Archivist and Genealogist, 1903, revised to date by Wm. Ernest Marsh, of Marston, Bromley, Kent, 1912.
2. Diary of her son George Marsh (1722-1800).
3. Court case in 1782 relating to the will of Milbourne Warren.  Marsh v Marsh.  Milbourne Warren only had one son William Warren but he died before him.

The note in the History of the Ancient Family of Marsh reads as follows:

George Marsh, RN, Officer in Chatham and Sheerness Dockyards, eldest son of Francis Marsh of Titchfield and Hannah his wife, born 1683, married September 1707 Elizabeth, daughter of John Milbourne, of Milbourne, Northumberland.  She was born 19th September 1687.  It was her grandfather who was the great friend of the Marquis of Montrose who was put to death by the Covenanters in 1650.  There are several printed pedegrees of this family of Milbourne, Milborn, or Milburn.  John Milburne Esq of Chirton, Northumberland, married Esther (baptised 19th April 1653) daughter of Robert Spearman Esq, of Preston, and Dorothy Pattison of Boldon, County Durham, his wife; and her nephew William Spearman Esq, baptised 1707 (brother to Robert Spearman of Old Acres, County Durham, baptised 1702-3, a distinguished Biblical scholar, and whose "memory" says Hutchinson, in his History of Durham "is immortal in the literary world, and who for his erudition, was not more illustrious than for his private virtues") married Hannah, daughter of Mr Milburne of County Durham.  Ralph Madysonne of Uthanke, living 1615, married as his second wife Isabelle, daughter of John Milburne, and Christopher Hutchinson, aged 26, in 1666 married Susan daughter of William Milborne of Newcastle.