Of Knightsbridge in the County of Middlesex 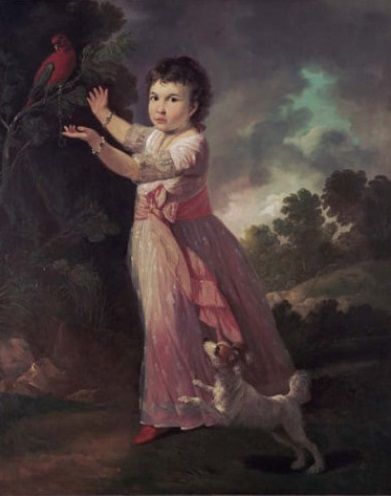 We know of Francis from the following sources:
1. Her miniature
2. A mention in the diary of  Eliza Louisa Marsh-Caldwell (1818-1913).
3. Her memorial in the Church of St Mary Magdalene, Gillingham, Kent.
4. A mention in he diary of her father in law George Marsh.
5. The Graham family website (http://www.inchbrakie.com).

The entry in George Marsh's diary for Saturday, 15th November 1794, regarding their wedding is as follows:
My son was married to Miss Francis Graham at St Margaret's Church, Westminster, present Mrs Graham her mother, Sir Henry Dashwood her sister's husband, with his lady [Mary Helen Lady Dashwood] and their daughter and son, Miss Graham's three brothers and myself.

The entry in the diary of  Eliza Louisa Marsh-Caldwell reads as follows:
Mr Marsh married secondly in 1792 Frances, second daughter of Mr Graham of Kinross and for some years M.P. for that County. She was a person of a most sweet and gentle disposition and was adored by her step children and could not have been more so had she been their own mother.  Her brother was the Colonel Graham who became a Parnter in our Grandfather's bank and her only and eldest sister married Sir Henry Dashwood, of Kettlington, Oxon.  Lady Dashwood was very beautiful and much about the Court, but had a troubled life, as Sir Henry was a great gambler and often brought his family to great straits and as Lady Ely, his eldest daughter, who married the Marquis of Ely, used to say with tears in her eyes to her uncle (by marriage) our Grandfather, "What would have become of them all but for his kindness, she used to say" and I believe, in truth that at one time he almost maintained the whole Ketlington family.
By this second marriage Mr Marsh had four children, their mother dying in 1806.  These children were William, Frances, Mary and Georgina Nelson . This last so christened after her Godmother Lady Nelson, the wife of the great Lord Nelson who had been a friend of our Grandfathers from their youth.  All these children except "Aunt Georgy" died comparatively early, and we have only small remembrance of them.  "Aunt Georgy" was truly loved by us all.  She was of a most generous and affectionate nature and as highly a conscientious woman as ever lived.  All these children of the second marriage died unmarried.  They also inherited very good fortunes from their mother.