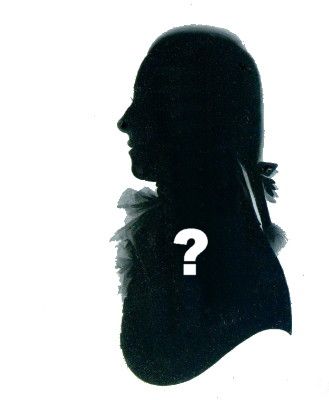 We know of George Marsh  from the following sources:
1. The diary of his father George Marsh (17201800).
A tablet in the Church of St Mary Magdalene, Gillingham, Kent.
2. "History of the Ancient Family of Marsh" by Joseph J. Green, Archivist and Genealogist, 1903, revised to date by Wm. Ernest Marsh, of Marston, Bromley, Kent, 1912.
3. His will.

My dear son George died who was borne 29th December 1749 who from bad connections particularly with women neglected the very great business of a Proctor in Doctors Commons which he had and might have had, and fell into every other bad destructive habit, insomuch that I advanced some thousands to keep him from Bankruptcy, tho' he might have got a fortune in his situation with honour and honesty, he having also a seat in the prerogative Office there as a mere sinecure of about £200 per annum. I ever had a most fatherly love and affection for him, although his bad conduct to often gave me great very great uneasiness. But now he is no more, all his imprudence vanishes, and his fine person is uppermost in my mind with his genteel amiable manners and various other good qualities, which has occasioned some unpleasant reflections, that I have not made those allowances I ought to have done for the imperfections of human nature, or rendered him all the service and assistance with money, which I had it in my power to do. But upon as strict examination of my heart hereon, I knew my readiness to do my utmost for him, if I had thought it would not have fed his vices and idleness, rather than have been of service, and would too have put it out of my power to provide for him hereafter when they might bring him into the utmost distress, I would have given him as much as was in my power, with the greatest pleasure. From this self examination, I therefore found great comfort, being conscious I have &ldots;. supplied him with money from time to time 'till I found it answered no good end, and that he did not reclaim and follow my advice tho' frequently given it in the mildest friendly manner possible.  Having therefore acted my own part, as I ought to do, I have no reason to be uneasy for any event that has frequently happened to him or my family, on the contrary I am sensible it is my duty to submit thereto, and make the best of all things which has or may happen to me or them, being totally ignorant of what is best for us, or will tend most to our happiness. He was buried the 20th July 1790 in the vault I built in Gillingham Church, Kent.

The tablet in St Mary Magdalene Church reads as follows:
"George Marsh Junior Esq. Proctor in Doctor's Commons son of the above mentioned George and Anne Marsh, died the 14th of July 1790 in the 41st year of his age".

George's will is held in the Public Record Office in Kew (Prob 11/1197).  He is described as George Marsh Esquire one of the Procurators General of the Arches Court of Canterbury.  The will itself starts "George Marsh the younger of Gostors Commons London".  He appoints his friend Henry Stevens as executor and leaves most of his estate to "Mary Boyner otherwise Marsh and Francis Boyner Spinsters".  The witnesses are Edward Toller, Walt Wright and George Byworth, all of Doctors Commons.  The will was written 8 February 1787 and was proved 2 October 1790.  William Marsh and Henry Creed are mentioned as creditors.

The Court of Arches was the court of appeal of the archbishop of Canterbury and dates back to the 13th century.   In its heyday the court exercised an extensive jurisdiction over marriage, probate and testamentary disputes, defamation, church property (rates, tithes, fabric of churches), and morals of the clergy and laity.  I understand that an extensive archive relating to this court is in the library at Lambeth Palace.

The Will of George Marsh

George Marsh Esquire late One of the Procurators General of the Arches  Court of Canterbury.
I George Marsh the younger of Doctors Commons London Esquire being in good health of body and of sound and disposing mind memory and understanding do make public and declare this to be my last will and Testament in manner following that is to say first I order and direct my just debts and financial expenses to be paid and satisfied as soon as conveniently may be after my decease then I give and  bequeath unto my friend Henry Stevens Esquire all those my freehold and copyhold Tenements hereditaments and premises and shares of messuages, Tenements and premises situate lying and being in the  Parishes of . . . and Gillingham in the County of Kent and also all those several pieces of woodland situate at Suton in the said County of Kent and also all other my freehold estates whatsoever situate and being in any part of the County of Kent or elsewhere in Great Britain so held to the said Henry Stevens his heir and assigns for ever and I do hereby order and direct the said Henry Stevens to sell and dispose of all my said freehold Estates for the best price and prices that he can obtain for the same and it is my mind and will that the purchase money to be had and gotten for  the said Estates shall fall into and be considered as part of my personal estate and I direct that the purchaser or purchasors of the said said messuages Lands Tenements hereditaments and premises shall not be answerable or accountable for the application of the purchase money for the said Estates but that the Receipt of my said Trustee shall be a sufficient discharge to the purchasors for the same then I give and bequeath all my personal Estate and effects whatsoever and wheresoever and also the purchase monies for which my said freehold Estates shall be sold unto the said Henry Stevens upon Trust that the said Henry Stevens shall and do lay out and invest the same in one or more Annuity or Annuities for and during the lives of Mary Boyner otherwise Marsh and Francis Boyner  her Sister and the survivor of them upon further trust to pay and apply the produce of the said Annuity or Annuities to and for the use and benefit of the said Mary Boyner and Francis Boyner for and during their joint lives that is to say two third parts of  such Annuity or Annuities to be paid to the said Mary Boyner and the other third part thereof to be paid to the said Francis Boyner and upon the death of either of them the said Mary Boyner and Francis Boyner the whole of such Annuity or Annuities to be paid to the survivor of them for her own use and benefit and in case either of them the said Mary Boyner and  Francis Boyner shall marry then I order and direct my said Trustees to pay the share of her so marrying into her own hand to and for her own sole and separate use and benefit and her receipt alone shall be a sufficient discharge to all persons whomsoever it being my mind and will that the said Annuity or Annuities or any part thereof shall not be subject to the debts control or engagements of any husband or husbands either of  them the said Mary Boyner and Francis Boyner shall marry but I do earnestly recommend and advise the said Mary Boyner and Francis Boyner to live together and lay out and expend what I have hereinbefore left them for their mutual benefit and advantage and I do nominate constitute and appoint the said  Henry Stevens Esquire Executor of this my last will and Testament and hereby revoking all former and other wills by me at any time heretofore made and I do hereby declare this to be my last will and Testament in Witness whereof I the said George Marsh have to this my last will and Testament contained in three sheets of paper set my hand and Seal that is to say to the two first sheets hereof I have set my and to this third and last my hand and Seal the Eighth day of February in the year of our Lord One thousand Seven hundred and Eighty Seven.
George Marsh  - Sealed and Delivered published and declared by the said George Marsh as and for his last Will and Testament in the presence of us who in his presence and at his request and in the presence of each other have subscribed our names as witnesses Edward Toller, Walt Wright, Geo Byworth all of Doctors Commons.