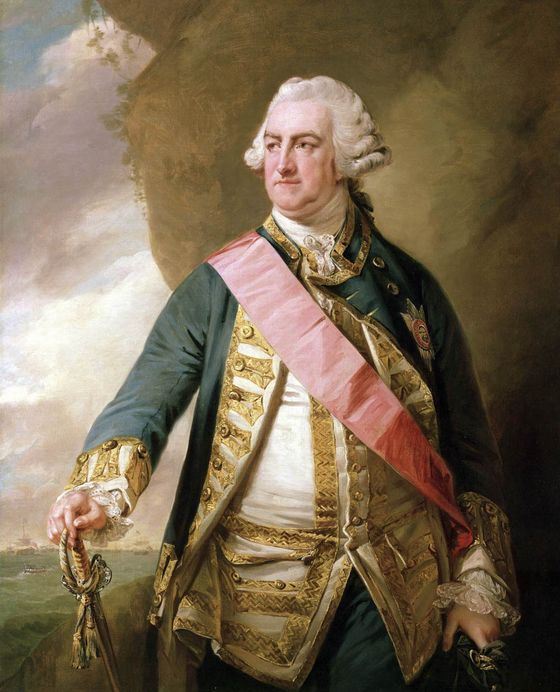 George Marsh in his diary (page 22) mentions Sir Edward Hawke with reference to the kidnap of his niece Elizabeth Marsh by Barbary Pirates off the coast of Morocco in 1756.  The First Lord of the Admiralty, Lord Anson [George Anson, 1st Baron Anson, 1697-1762 ], sent an express to Sir Edward Hawke, then Commander in Chief in Gibraltar, asking him to demand that the hostages be returned.

Sir Edward Hawke had made a name for himself some years earlier in 1747 in the Battle of Cape Finisterre.  His main activity in 1756 was reactivating the Western Squadron and cruising off the coast of France intercepting ships bound for French harbours.  British ships had captured more than 300 merchant ships during this period.   This in turn further worsened relations between Britain and France, bringing them to the brink of declaring war.  France continued to demand the return of the captured merchant ships and by early 1756, after repeated clashes in North America, and deteriorating relations in Europe, the two sides had become formally at war.

The French took Minorca and a relieving squadron commanded by Admiral John Bing had been unable to stop this happening.  Sir Edward Hawke replaced Bing who was sent back to the UK for court martial where he was found guilty and was subsequently executed by firing squad on his own ship in Portsmouth harbour.

Almost as soon as Minorca had fallen in June 1756, the French fleet had withdrawn to Toulon in case they were attacked.  When Sir Edward Hawke arrived off Minorca, he found that the island had surrendered and there was little he could do to reverse this.   The following year he blockaded Rochefort and in 1758 he directed the blockade of Brest for six months.  He is best remembered for his victory over a French fleet at the Battle of Quiberon Bay in 1759, preventing a French invasion of Britain.

In 1766 Sir Edward Hawke was made First Lord of the Admiralty a position which he held for five years.  We can assume that George Marsh would have been in regular contact with Sir Edward Hawke during this period and there is a reference in his diary (page 117), April 1769; 'I was appointed by Sir Edward Hawke afterwards Lord Hawke who presided at the Admiralty Board to be one of the Directors of the Royal Hospital at Greenwich'.

In 1771 Sir Edward Hawke stepped down as First Lord of the Admiralty and was replaced by Lord Sandwich.  Hawke was made a Baron in 1776 and died in 1781. 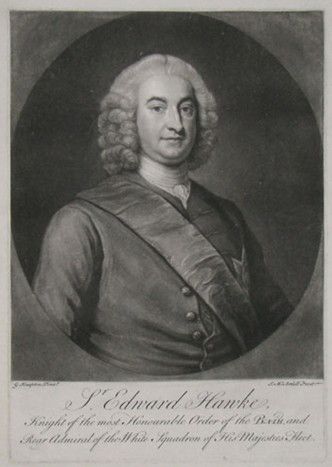 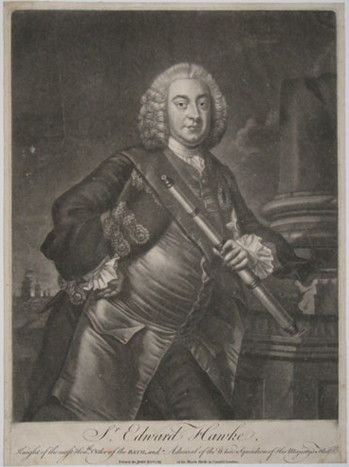 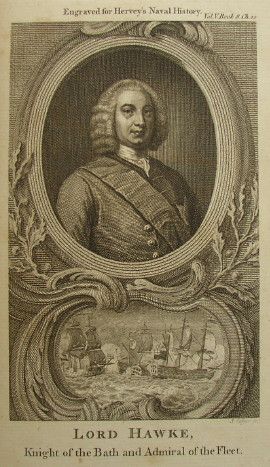 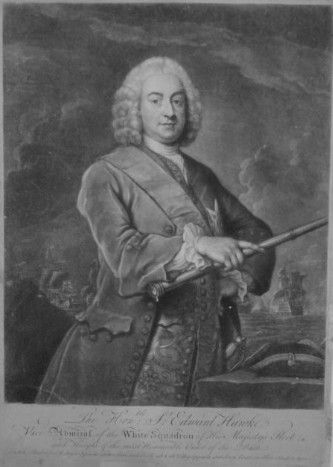 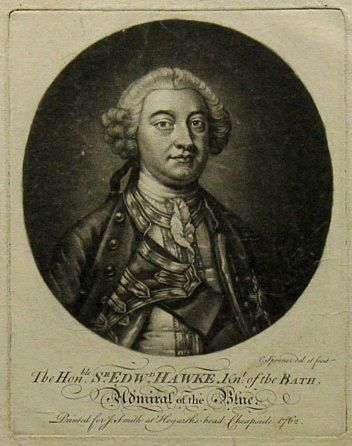 The Hon Sir Edward Hawke, Kn of the Bath, Admiral of the Blue