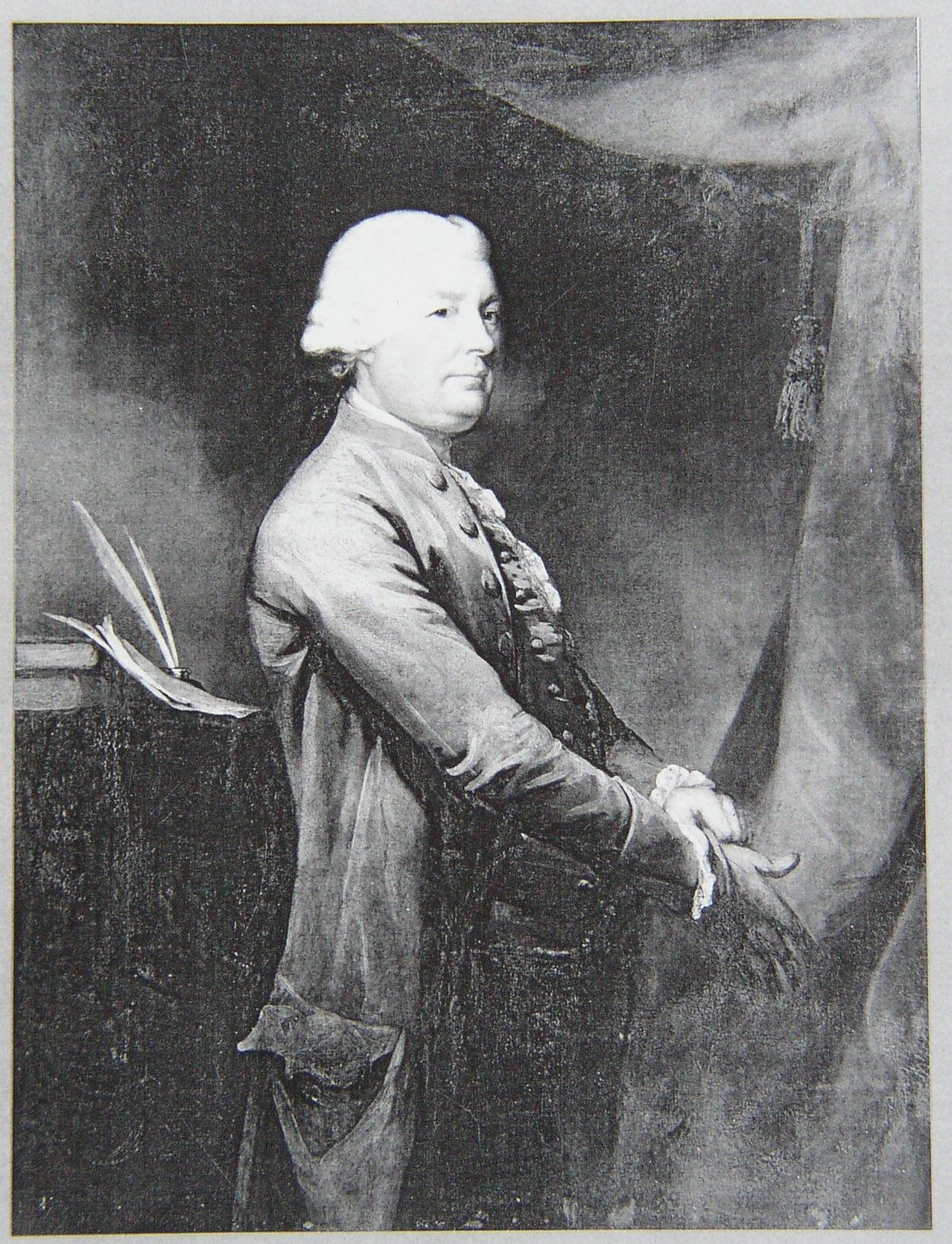 Benjamin Wilson was born 21 June 1721.  He was brought up in York but moved to London initially taking up a job as a legal clerk.  Somewhere along the way he met up with the artist William Hogarth (1697-1764) who encouraged him to take up painting.  Benjamin developed an excellent talent as a portrait painter and painted much of London Society.  He also spent some time in Dublin painting portraits.  The Duke of York and Albany, appointed him ‘Painter to the Board of Ordnance’.  George Marsh working for the Navy presumably had some contacts on the Board of Ordnance and maybe through one of these he met up with Benjamin.  As they were both of a very similar age perhaps they were good friends.

I understand that this portrait was sold at auction (where unknown) on 16th of March 1984.

If anyone out on the internet knows the whereabouts of this portrait, I would be very pleased to hear from you.  Please contact me at This email address is being protected from spambots. You need JavaScript enabled to view it.

(Return to notes on George Marsh)